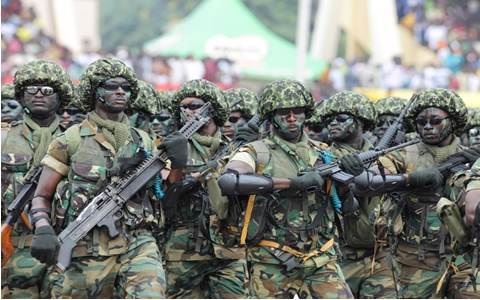 This comes as the Nigerian Army again warned members of the Boko Haram islamists to surrender and face the law as failure to do so will result in serious consequences for insurgents.

“The noose is tightening around the terrorists,” Nigeria’s Defence Headquarters said in a post on Facebook on Monday. “Nigerian troops are gradually clearing all known camps, enclaves and dens of Boko Haram terrorists in the northeast.”

Boko Haram has killed thousands of people since it began its campaign of violence in 2009. In a video posted on YouTube last week, an unidentified man claiming to be a member of Boko Haram restated the group’s allegiance to Islamic State and denied claims made by the Nigerian army that it’s close to defeating the rebellion.

The warning is contained in a statement signed by Col. Sani Usman, the acting Director Army Public Relations, a copy of which was made available to the News Agency of Nigeria (NAN) in Abuja on Sunday.

The statement said that the army was aware of Boko Haram’s hideouts, camps and enclaves and “our troops are fast closing up on them“.

“This is to once again warn all Boko Haram terrorists wherever they are, to desist from all acts of terrorism, surrender themselves and face the law now.

“We wish to inform them that we are aware of all their hideouts, camps and enclaves. They should follow their colleagues who have so far surrendered.

“Failure to surrender will result in serious consequences as the troops are fast closing up on them.“

The statement also appealed to Nigerians to persuade the insurgents to desist from their acts and renounce their membership of the terrorist organisation forthwith.