The former National Publicity Secretary of the All Progressives Congress [APC], Mr. Bolaji Abdullahi has resigned his appointment as the Chairman of the board of Directors of the Nigeria Sugar Development Council.

Following my resignation as National Publicity Secretary of APC and my decision to quit the party, I announced to the board this morning that I have resigned my appointment as Chairman, Nigeria Sugar Development Council.

Abdullahi, it could be recalled, had on August 1, resigned his APC membership, as well as the party’s National Publicity Secretary.

Citing reasons for his resignation, he stated:

“In a situation whereby my loyalty is constantly brought into question; my subordinates deployed to subvert my office; and my views constantly second-guessed on the basis of my political affiliation, it has become imperative for me to review my position.” 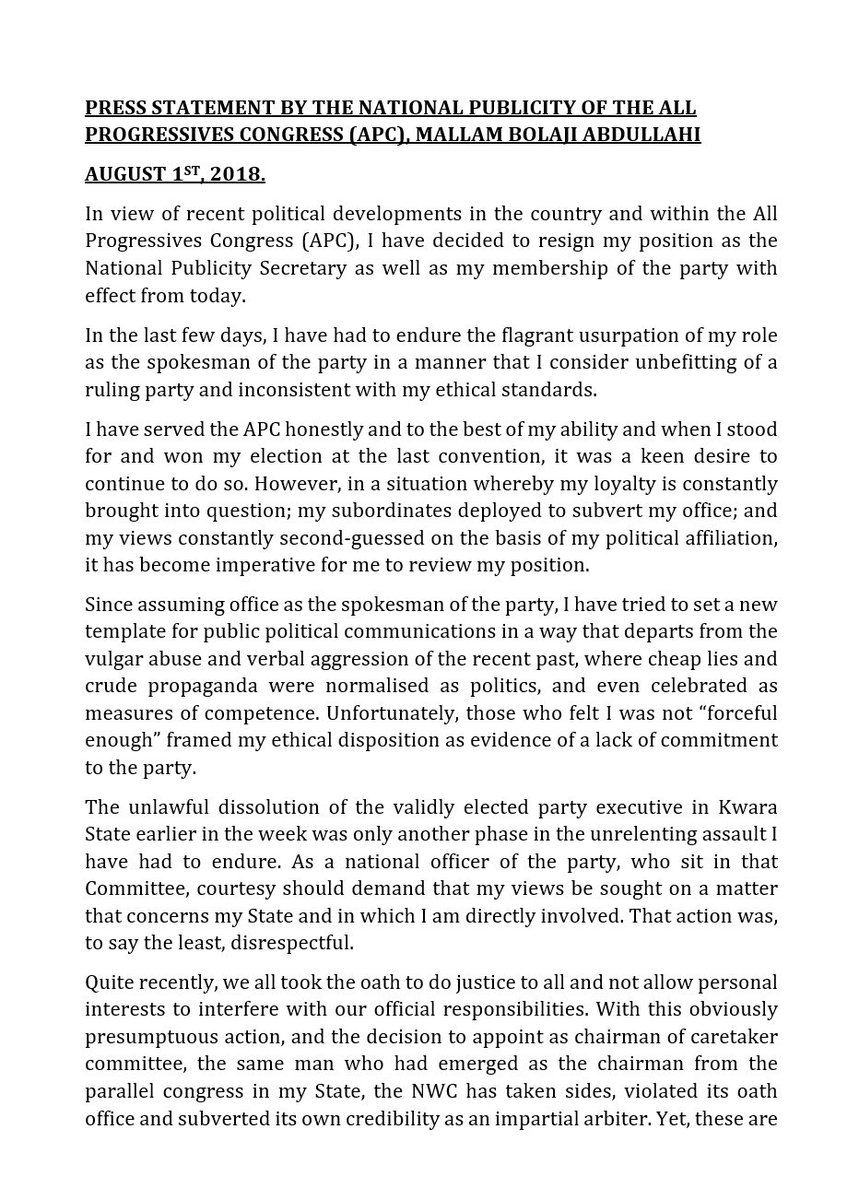 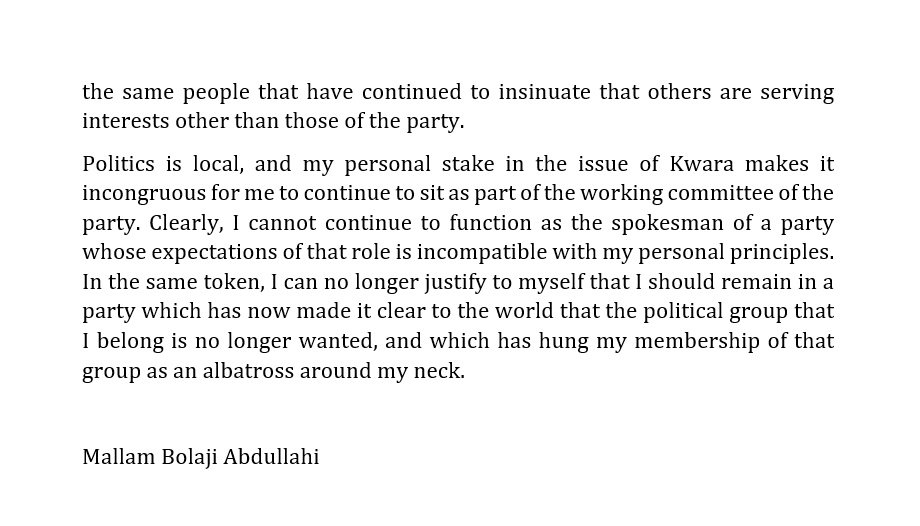