Boris Johnson wins the Conservative leadership contest, it has been announced.

He has beaten Jeremy Hunt to be named the next prime minister. 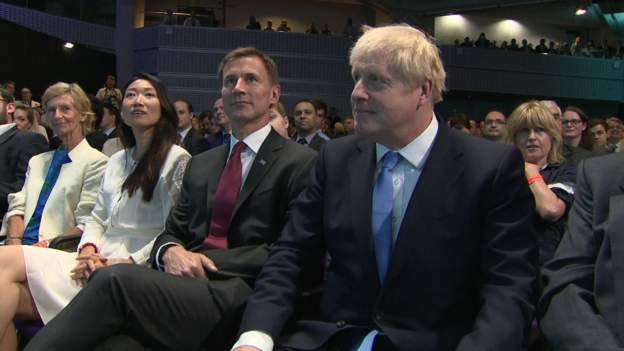 Dame Cheryl Gillan, a returning officer for the election, also thanks those who have given up their spare time to organise the leadership election.

She thanks both candidates, whom she says have “emerged as worthy candidates” for next PM.

Conservative Party Chairman Brandon Lewis says he has been “hugely proud” of the election contest, which he says has been “fair and efficient”.

He thanks those who have helped organise the hustings events, which he says have been “fantastic”.

He also pays tribute to outgoing PM Theresa May, adding that leading the country over the last few years “was never going to be an easy task”.

Many congratulations to @BorisJohnson on being elected leader of @Conservatives – we now need to work together to deliver a Brexit that works for the whole UK and to keep Jeremy Corbyn out of government. You will have my full support from the back benches.

The New prime minister Boris Johnson paid tribute to his rival Jeremy Hunt after beating him in the Conservative leadership contest.

He says Mr Hunt is a “font of excellent ideas” and he promises to steal them.

He also pays tribute to outgoing PM Theresa May for her service to the country.