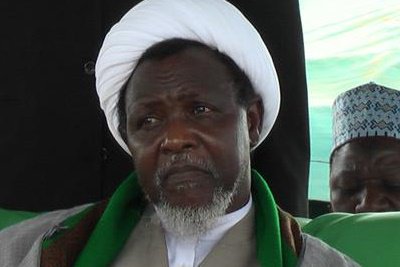 The Federal High Court, Abuja, has ordered the unconditional release the leader of Shiite sect in Nigeria of Ibrahim El-Zakzaky.

El-Zakzaky is to be released with his wife, Malama Zeatudden from detention within 45 days.

The court, presided by Justice Gabriel Kolawole, made the order while delivering judgment on a fundamental right enforcement suit El-Zakzaky filed against the government.

The court also ordered the Federal Government to provide a new accommodation for El-Zakzaky in Zaria or any northern town of his choice.

Zakzaky and his wife have been in custody for one year following their arrest after El-Zakzaky followers clashed with the military in Zaria, Kaduna state.

The consequential damage led to the death of an estimated 700 Shiites.

The military operatives had followed up with an attack on the home of Zakzaky, killing anyone their eyes set upon.

They later attacked the premises of Islamic Movement of Nigeria [IMN], pulling down the edifice to rubbles and laying it bare.

Monument and artifacts, including graves of prominent Shiite members were destroyed, including the grave of Zakzaky’s mother.

The court held that the continued detention of the applicant without trial amounted to a gross violation of his constitutionally guaranteed rights.

The judge dismissed government’s position that the applicant and his wife were under “protective custody”.

Zakzaky had applied for the enforcement of his fundamental rights to life, personal liberty, dignity of human person, right to private and family life and private property.

His arrest and detention have been followed by incessant protests by members of the sect and bloody clashes with soldiers and police alike.

The Kaduna State government placed a blanket ban on the activities of Shiites in the state with threat of jail terms.