In the report, EUEOM indicted the Independent National Electoral Commission (INEC) and political parties for the roles they played in the last elections.

It also accused political parties of inducing their supporters to unleashed violence on electorates.

It also made 30 recommendations to INEC to improve future elections which include need for more transparency in the electoral body’s operations.

“Systemic failings seen in the elections, and the relatively low levels of voter participation, show the need for fundamental electoral reform.”

“Such reform needs political leadership that is dedicated to the rights of Nigerian citizens, and an inclusive process of national dialogue involving state institutions, parties, civil society and the media.”

“This needs to be urgently undertaken to allow time for debate, legislative changes and implementation well in advance of the next elections,” she added.

EUEOM noted that the implementation of its recommendations will contribute to the country’s electoral development.

See attached the executive summaries below: 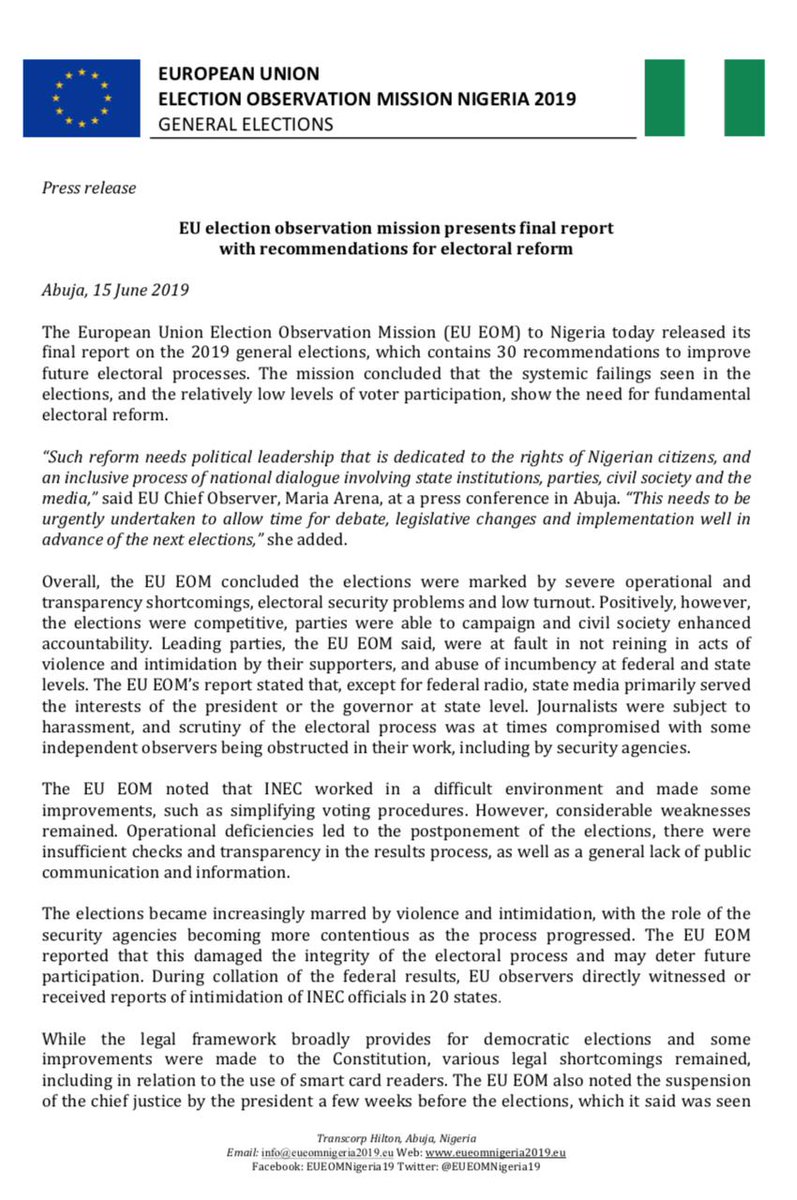 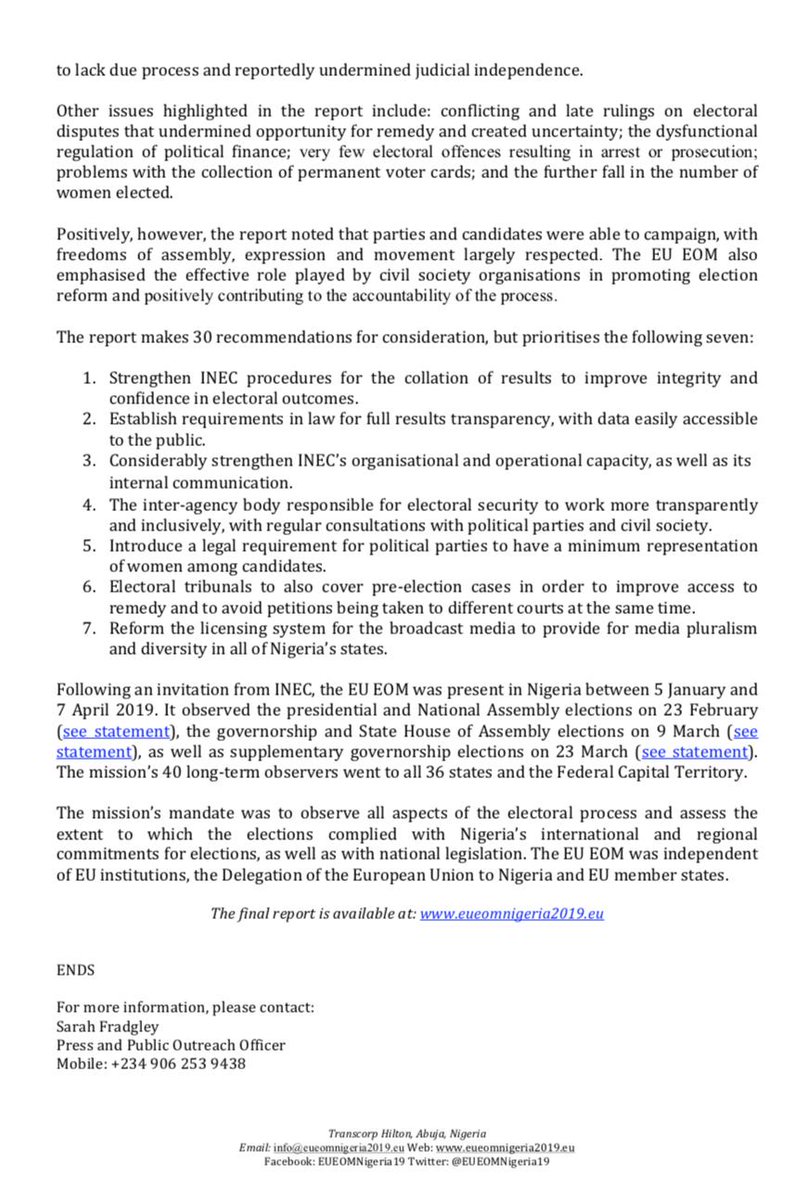 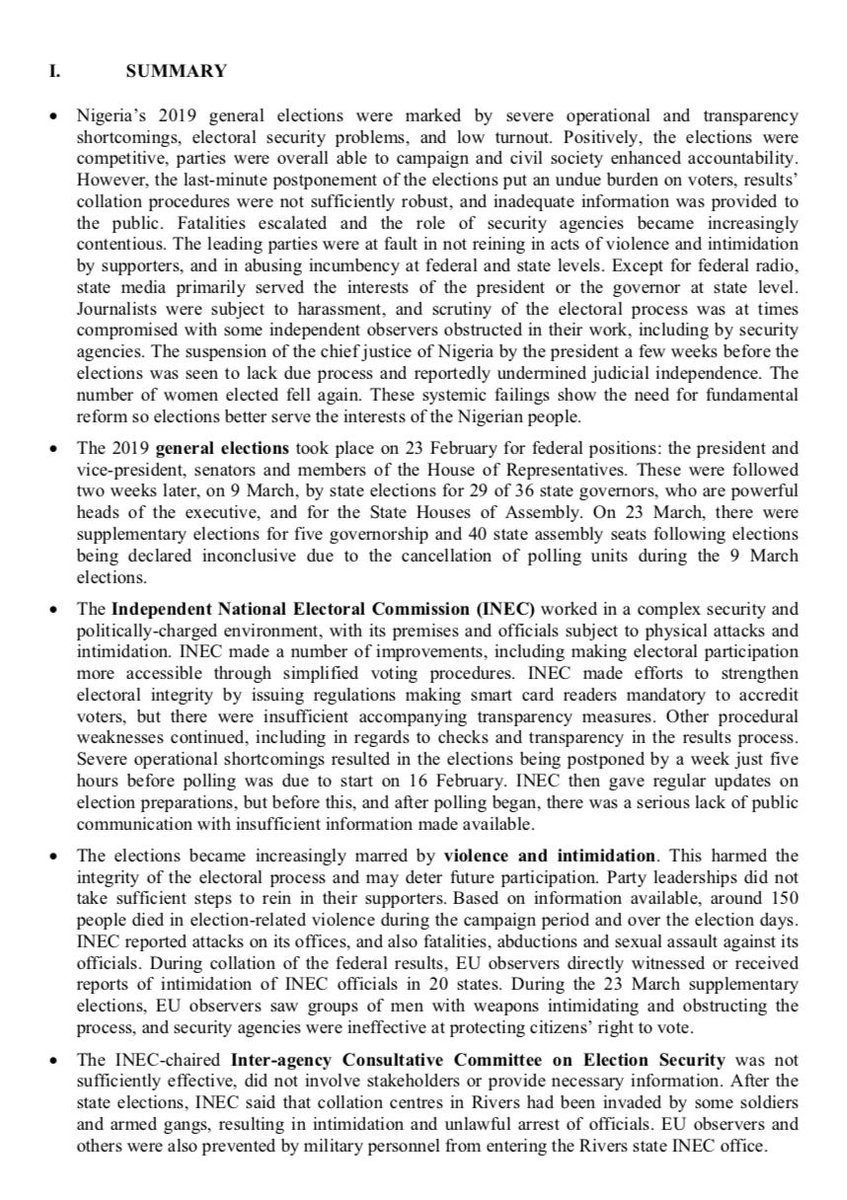 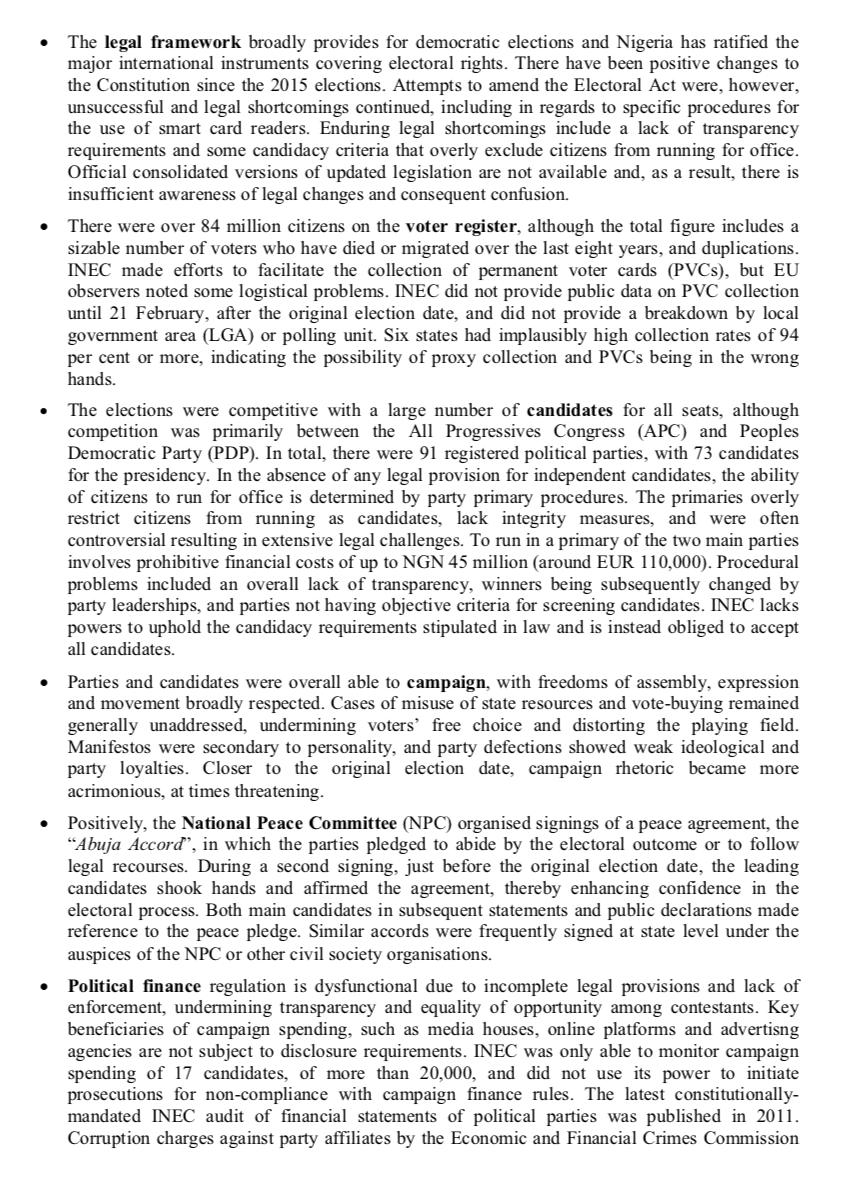 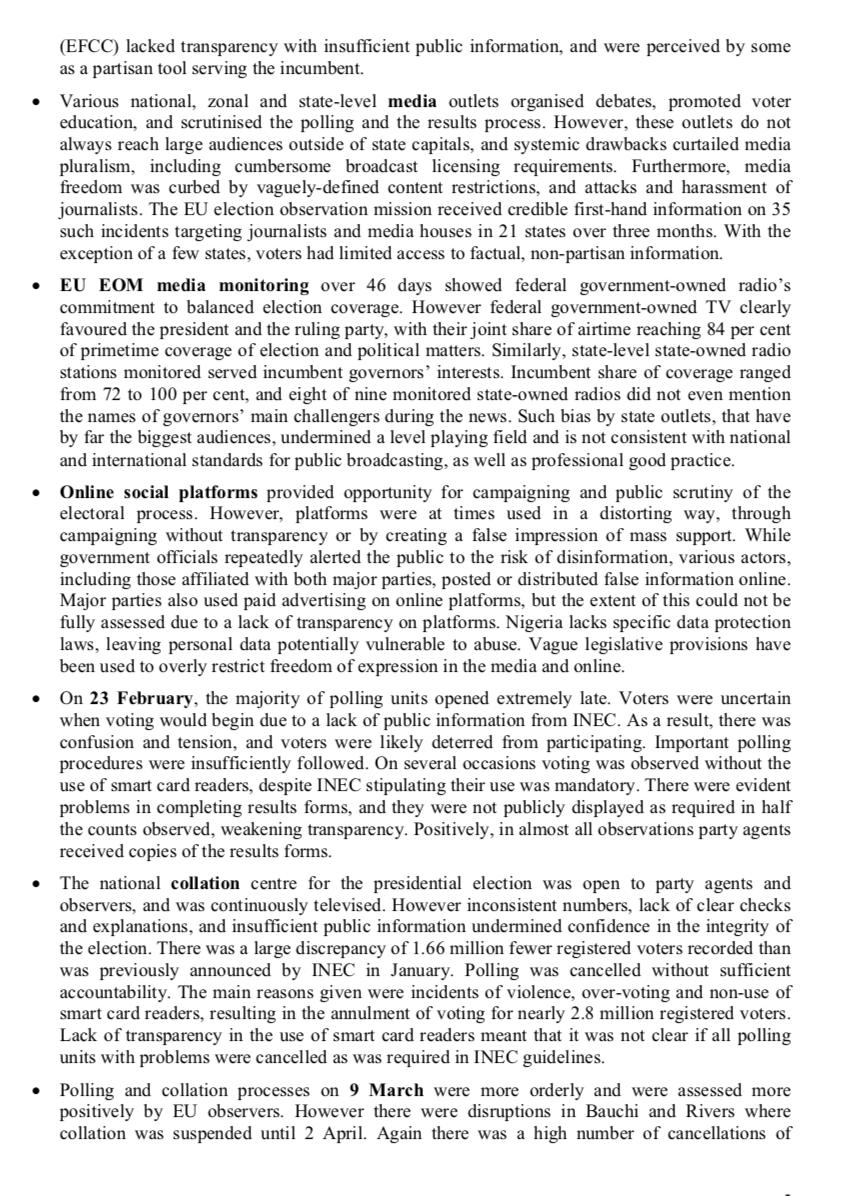 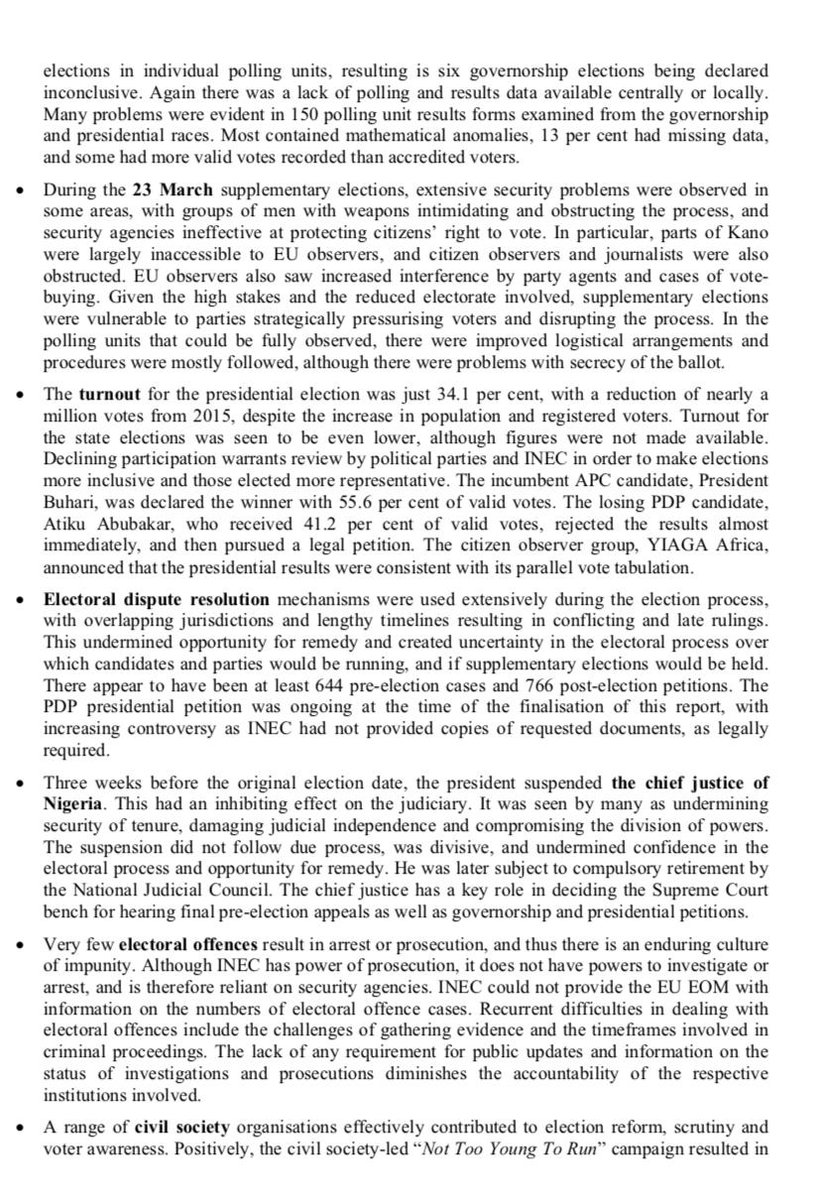 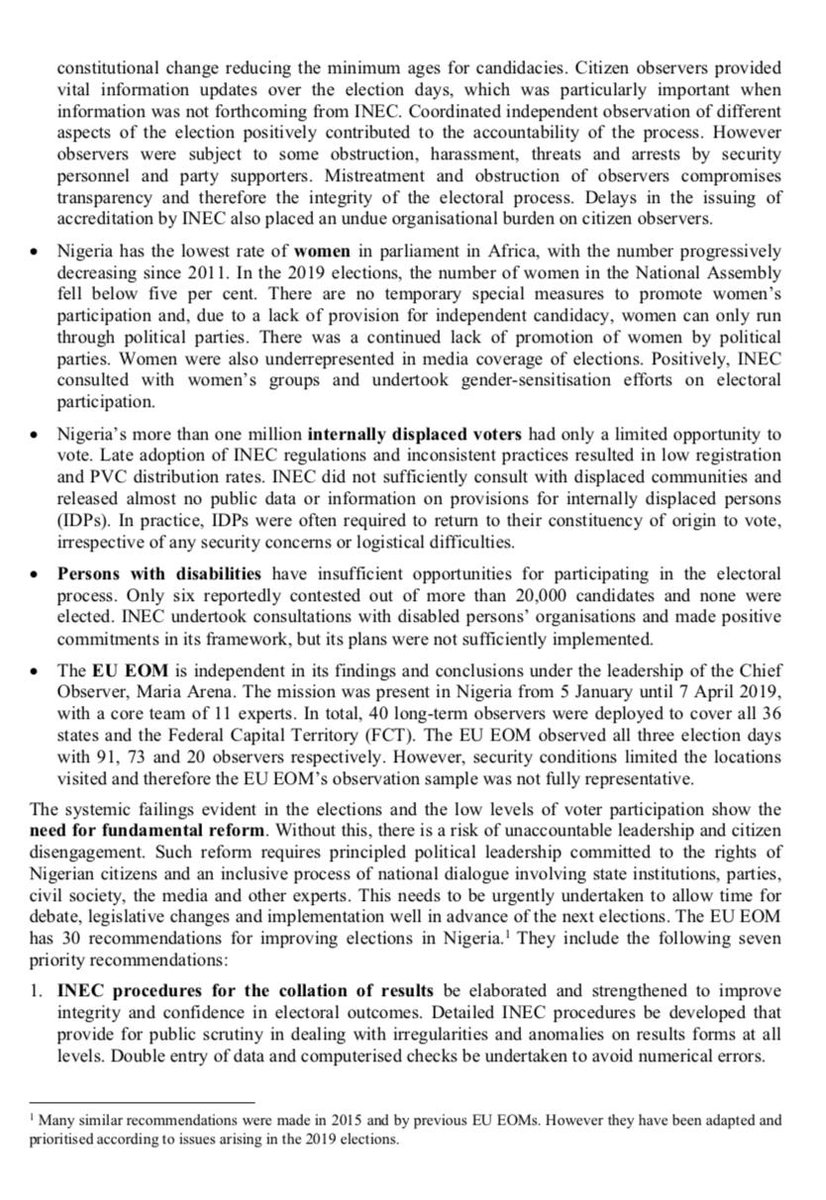 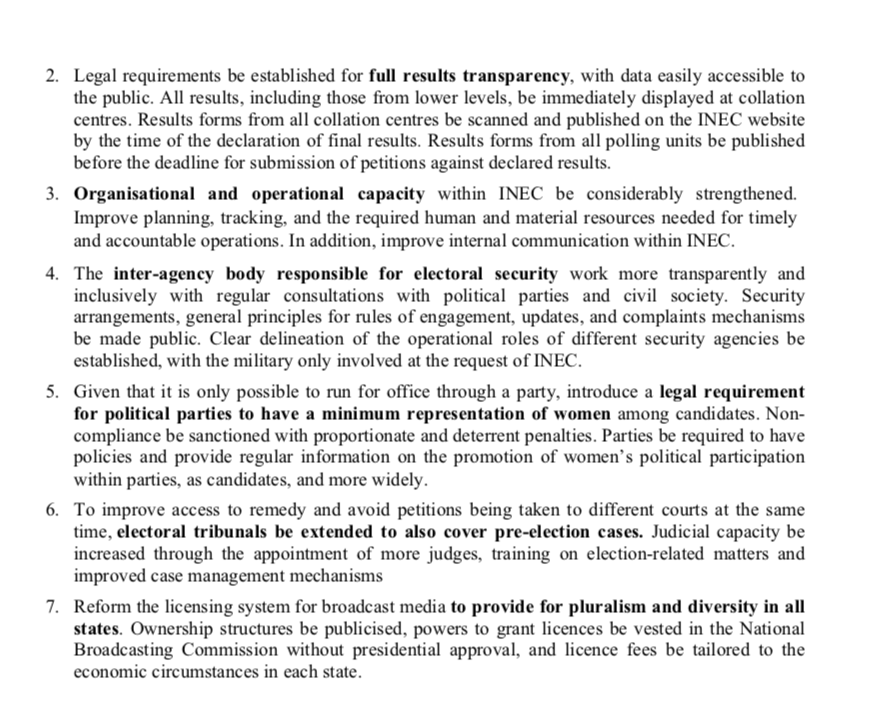