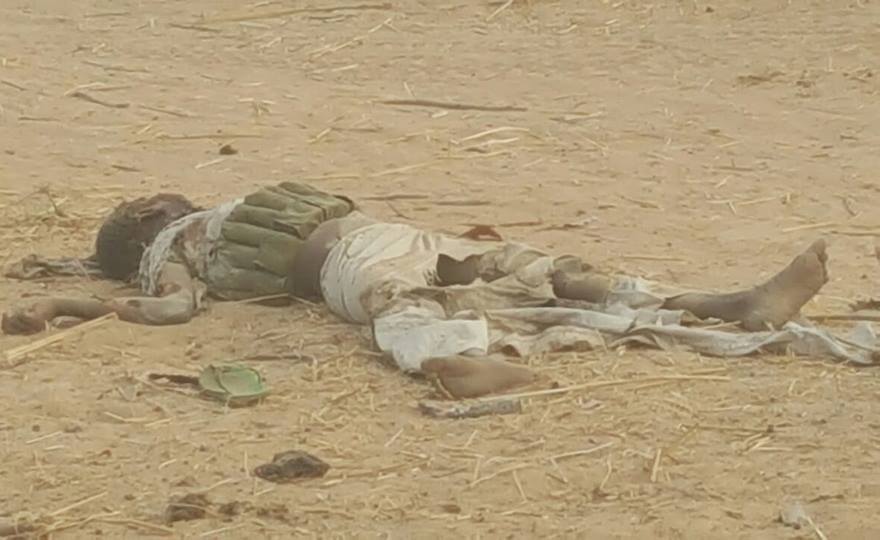 A female suicide bomber has attacked a mosque in Maiduguri, Borno State, on Monday, killing at least 10 persons.

Confirming the killing, the Maiduguri police command said that 12 people died during the attack and not 12 as earlier reported.

The News Agency of Nigeria [NAN] quoted the Commissioner of Police, Mr Damian Chukwu as saying after the attack that the death toll included four female suicide bombers.

The commissioner said that soldiers deployed to Mammanti and Cimeri area, foiled an attempt by three other female suicide bombers to penetrate Maiduguri metropolis.

He said that two of the attackers were intercepted and killed by soldiers at about 11:59 p.m., on Sunday at Mammanti village in Konduga local government area.

Chukwu said that the military also intercepted and killed one suicide bomber who tried to enter Maiduguri at Cimeri area of Mafa local government.

He said that the fourth suicide bomber denoted the explosive strapped on her body at a mosque at about 4.30 a.m. in London Ciki area on the outskirts of Maiduguri.

“The suicide bomber detonated IED, blew herself up and killed eight persons.

“Security operatives have foiled three of the attempted suicide bomb attacks while only one of them carried out the attack and all the four suicide bombers were killed in the attack.’’

Chukwu added that all the attacks occurred at the outskirts of the metropolis.

According to him, those wounded in the attacks were rushed to University of Maiduguri, Teaching Hospital for medical attention.

The commissioner reiterated the command’s commitment to protect lives and property, urging the people to be vigilant and provide useful information to security agencies.

Chukwu added that the command had adopted other practical steps to enhance security and check further suicide bomb attacks in the state.

According to NEMA, “at about 16:30 a bomb blast occurred at Muna Dalti in Muna general area of Jere LGA outskirts of Maiduguri in Borno state.

“The bomb was said to have been attached to the body of a Fulani boy who went to a nearby forest with his brother by suspected Boko Haram terrorist.

“The blast from the IED which occurred at the entrance of the boy’s residence killed the boy.

“It was strapped to his body while his brother was injured and has been evacuated to the hospital for medical attention,” the report concluded.

NDDC: A New Dawn And Dynamics Of Change  –  By Eseme Eyiboh