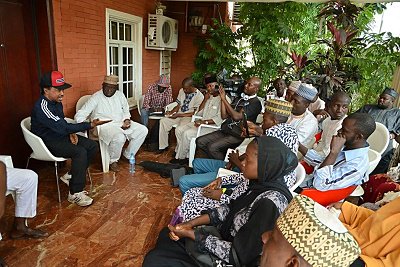 Few days after his office was attacked by gunmen, in renewed hostilities, another set of gunmen, suspected to be linked to an aide to Governor Nasir El-Rufai have attacked Senator representing Kaduna Central, Comrade Shehu Sani’s residence in Kaduna on Sunday.

The attack came when he was entertaining party faithful from the seven local government areas that make up his Senatorial Zone who were on a solidarity visit.

His Senior Special Adviser on Political on Politics and Ideology, Ahmed Suleiman disclosed this while speaking on phone.

He said  the attackers even robbed some of the visitors of their valuables, adding that a formal complaint has been made at the Malali Police Station and investigations have started.

“Some names that are linked with the adviser to the Kaduna State Governor on Youth are surfacing.

“Those that attacked the Senator’s office few days ago are also linked to the governor,” he said.

While reacting to news that broke on Sunday that thugs suspected to be loyal to Comrade Sani attacked APC office on Ali Akilu Road, Kaduna, he described the report as fabricated and lacking substance.

“The All Progressives Congress (APC) Kaduna Secretariat was attacked by thugs loyal to Senator representing Kaduna Central District, Comrade Shehu Sani is mere fabrications, cooked and dished out by one Aza Msue, a correspondent of National Mirror Newspapers.

“I was dumbfounded when I saw that he was even using my name in the fabricated report.

“I sent camera to the venue of the meeting and supporters only raised  placards protesting the wrong decisions.

“Same cannot be said on the attack of our office, where the Commissioner of Police was there to see the damage for himself.

“We are happy that the attackers of our office have been traced and there is investigation ongoing,” he said.

Albashir, Nigerian and a Good Man – by Charles Dickson

Unraveling the hidden underbelly of change – by Jaye Gaskia