Consequently, a rerun election has been scheduled for September 27, 2018.

STATEMENT ISSUED BY INEC ON THE OSUN GOVERNORSHIP ELECTION 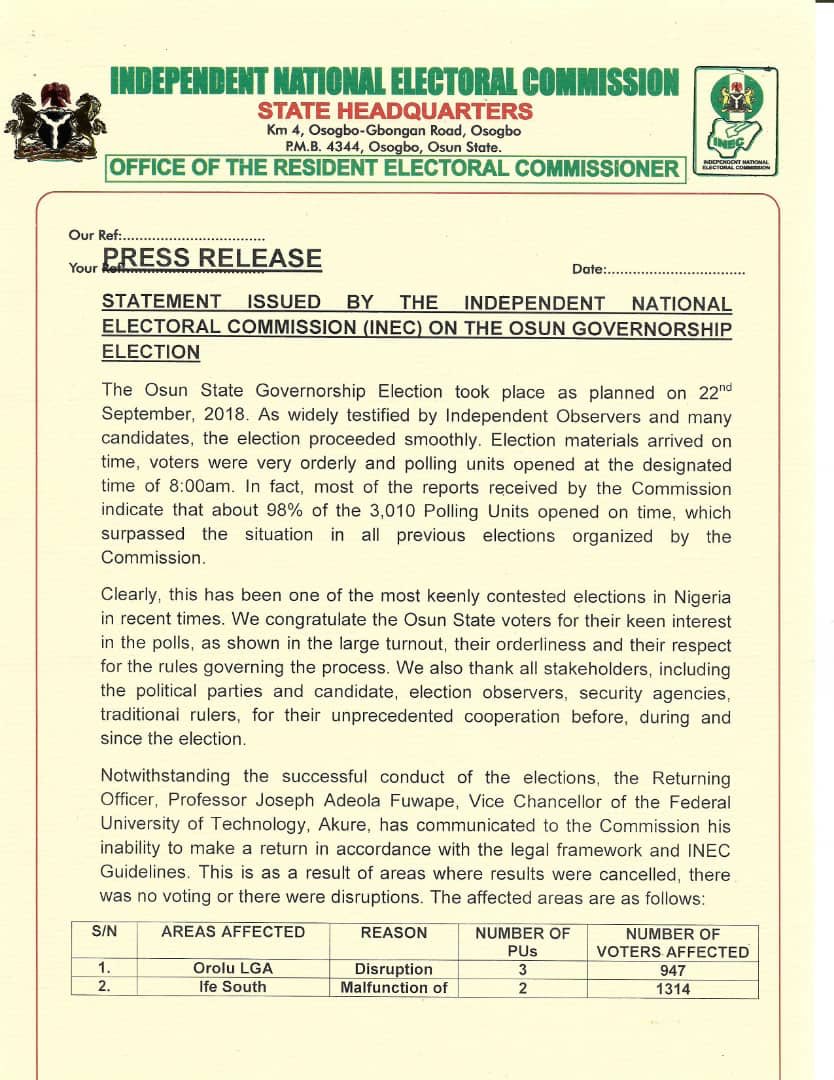 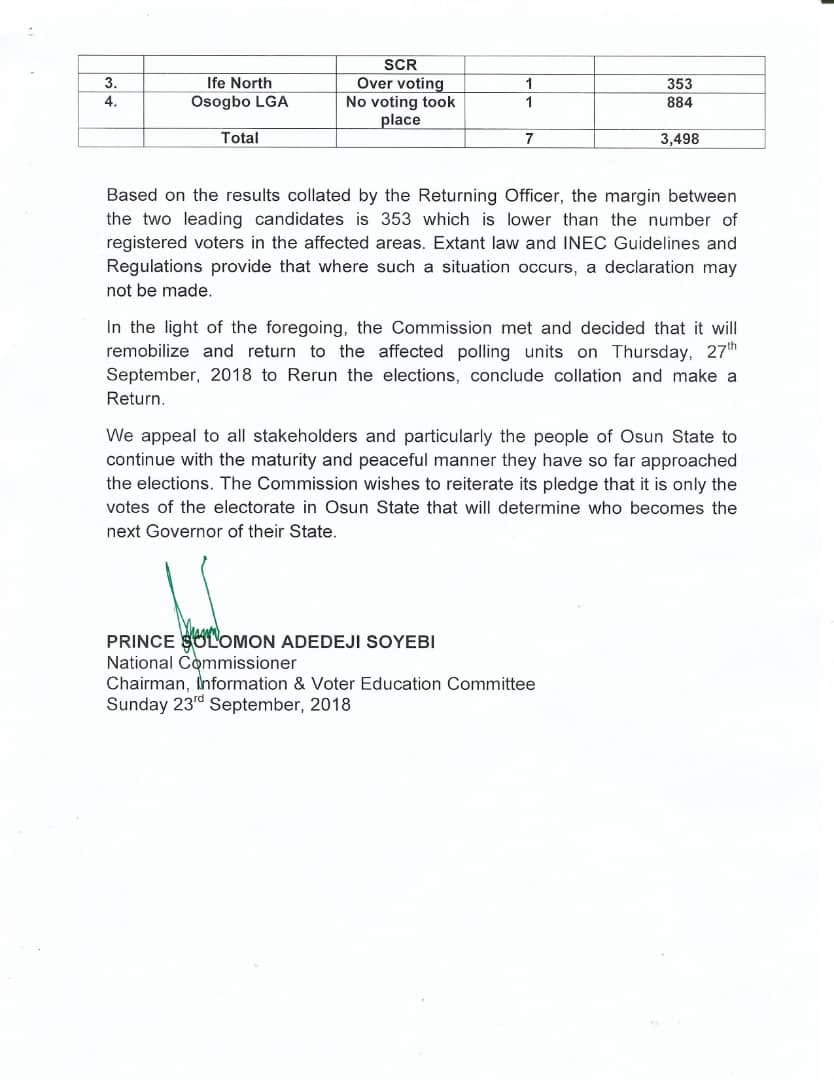 .Q. What is an inconclusive election?

Ans. It is an election where the total number of registered voters in units where the results are cancelled or where the elections are postponed, are sufficient to cause a change in the outcome of the election in the affected constituency.

The number of canceled votes is higher than the margin between the APC and the PDP.

THE MAIN REASON FOR THE RUNOFF ARE RESULTS FROM:

Consequently, INEC has announced Thursday 27th Sept. as the day of rerun of the election

Osun 2018: I Will Reach Out To Omisore, Says Fani Kayode