News went round on Wednesday that INEC has hinted of such plans which has generated heated controversies in various quarters.

However, in a swift reaction, the electoral umpire has stated categorically that it has no such plans up its sleeves.

Se attached the press released below: 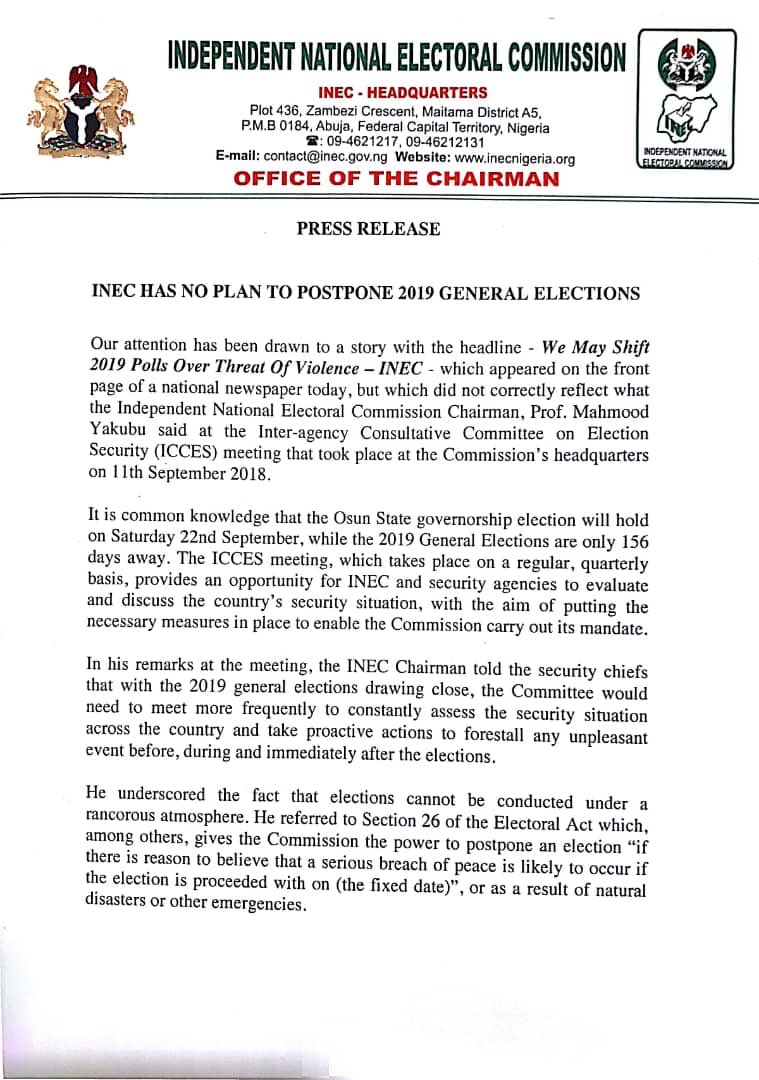 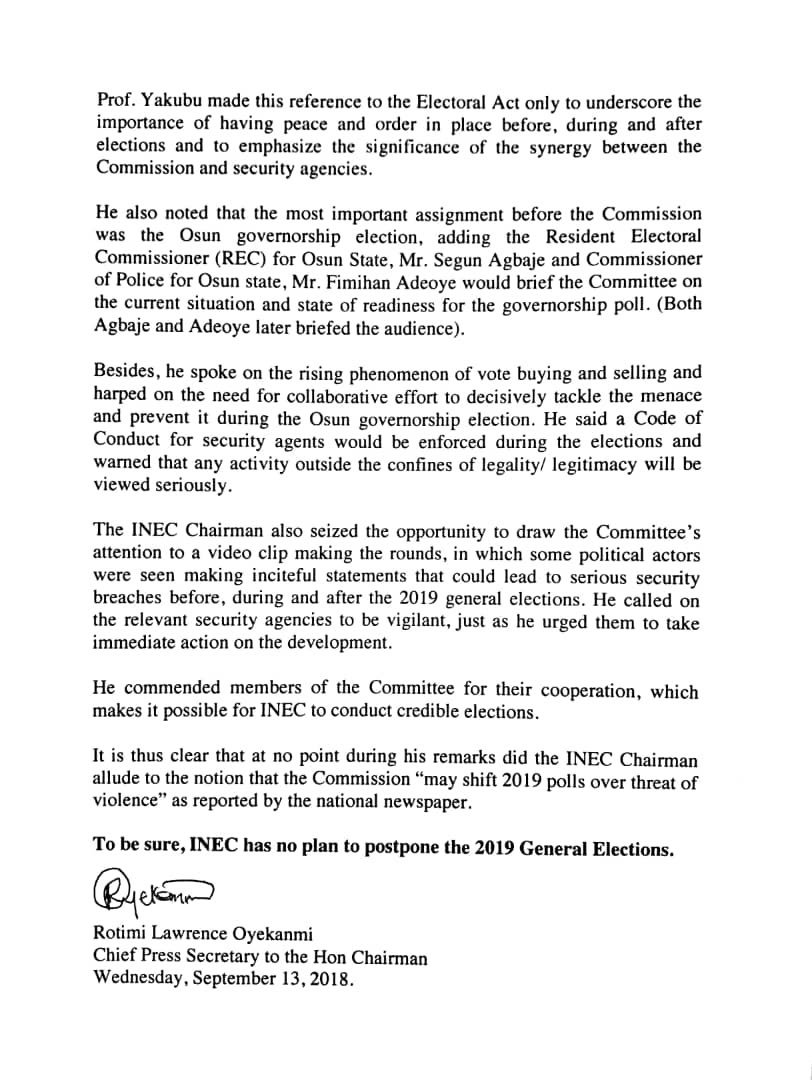 In another development, INEC has published the Final Continuous Voter Registration (CVR) figures as at August 31, 2018 as follows: 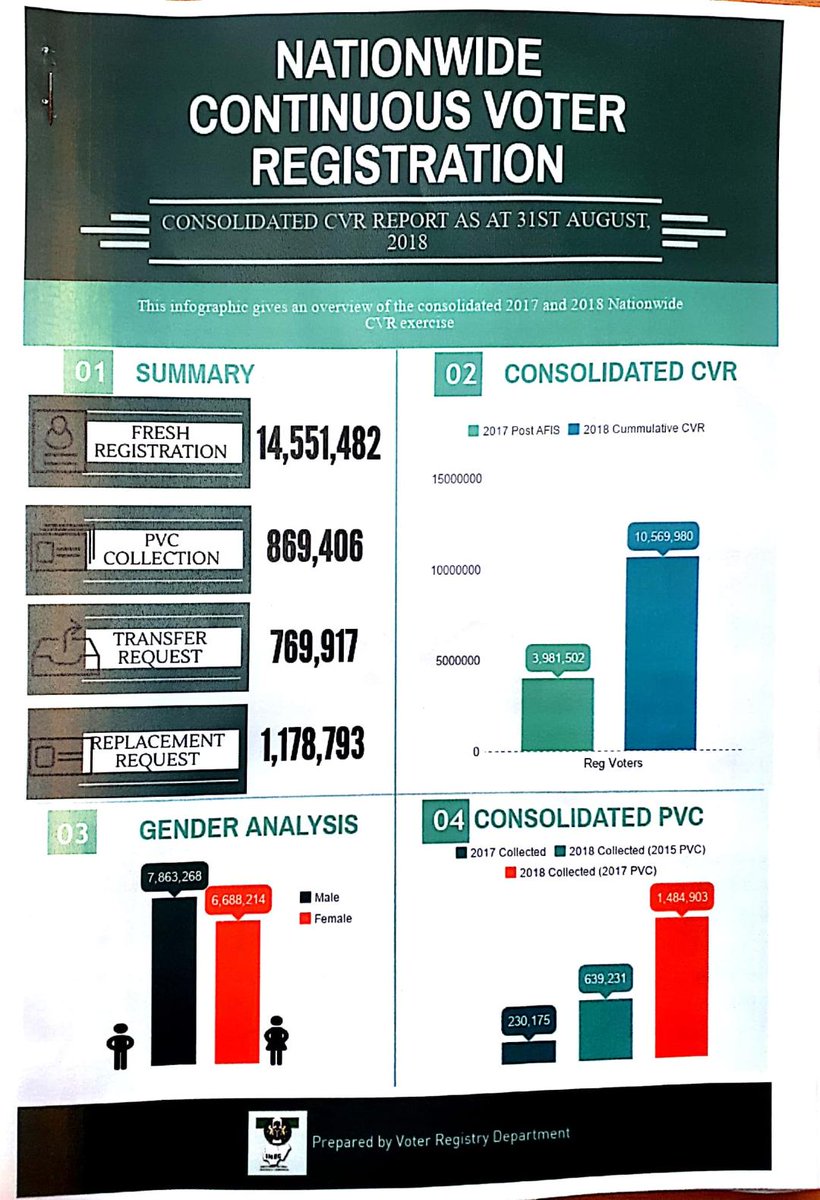 EU to deepen ties with Africa to counter China