The Independent National Electoral Commission [INEC] has released timetable and schedule of activities for the conduct of bye-elections in Jigawa, Niger, Kwara and Sokoto States.

The National Commissioner and Chairman, Information and Voter Education Committee, Mr. Festus Okoye announced this in a press release issued on Wednesday.

Mr. Okoye recalled that on 6th February 2020, the INEC fixed Saturday 14th March 2020 for the conduct of bye-elections in three constituencies following the deaths of some serving members of the National & State Assemblies.

The Honorable Speaker of the House of Representatives had declared a vacancy in Magama/Rijau Federal Constituency of Niger State;

The Honourable Speaker of the Kwara State House of Assembly had declared a vacancy in Patigi State Constituency; while,

The Speaker of the Sokoto State House of Assembly had also declared a vacancy in the Kebbe State Constituency.

Consequently, the Honourable Speaker of the House of Representatives has declared the seat for Babura/Garki Federal Constituency vacant.

The Commission has therefore fixed Saturday 14th March 2020 for the bye-election to be held simultaneously with other bye elections on the same date.

The Timetable and Schedule of Activities for the Babura/Garki Federal Constituency has been uploaded on the Commission’s website and other social media platforms. 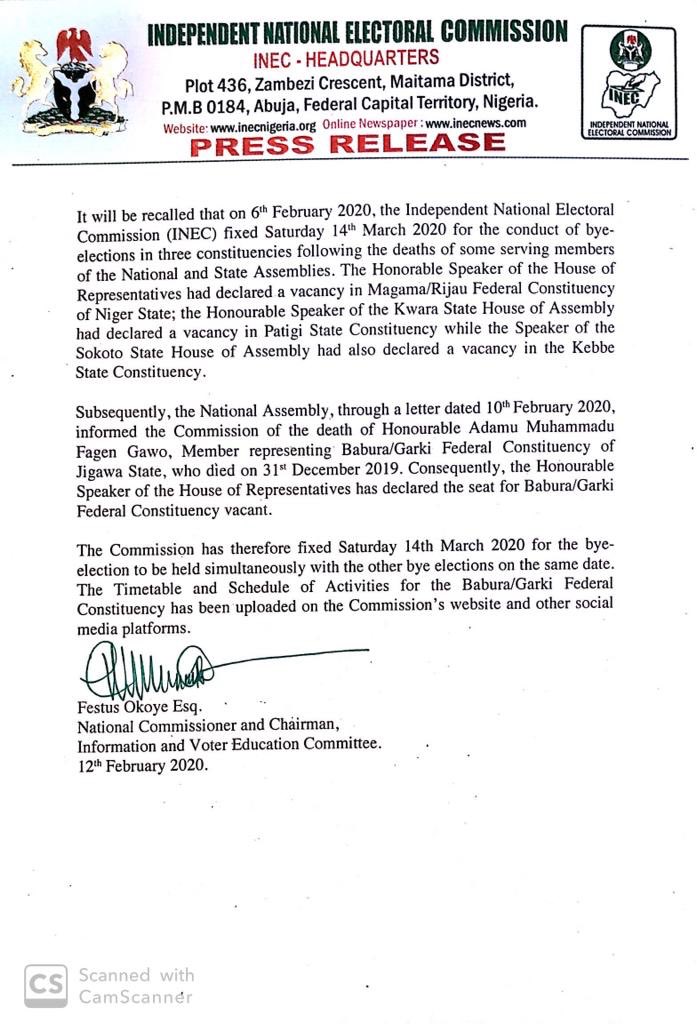 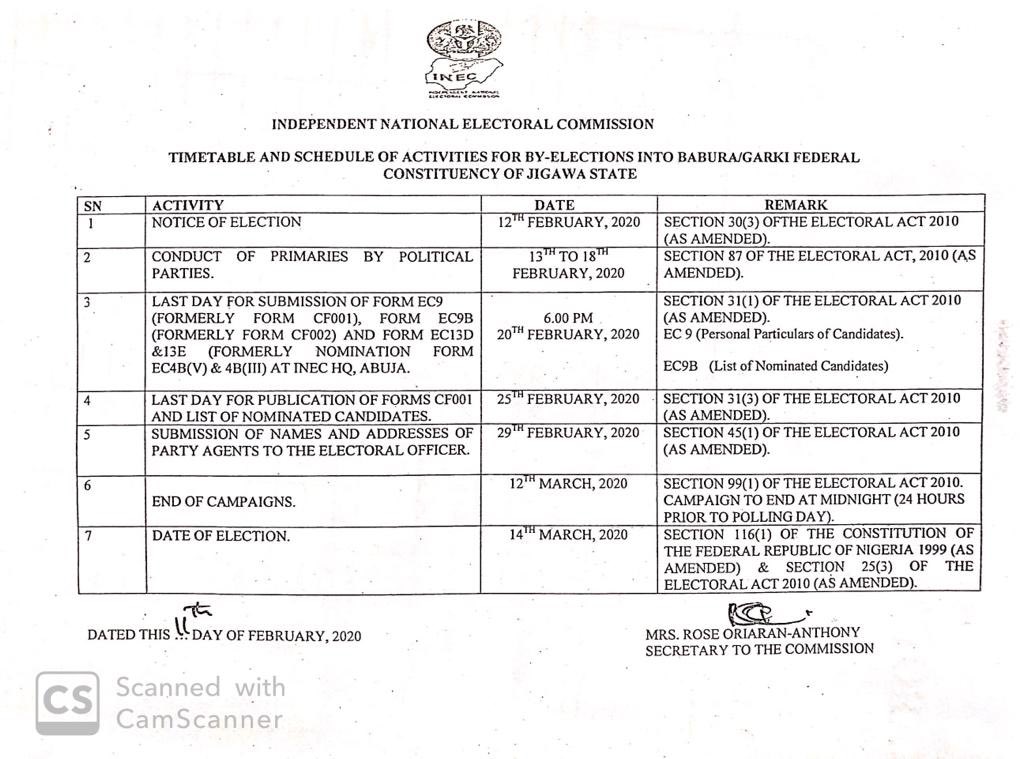 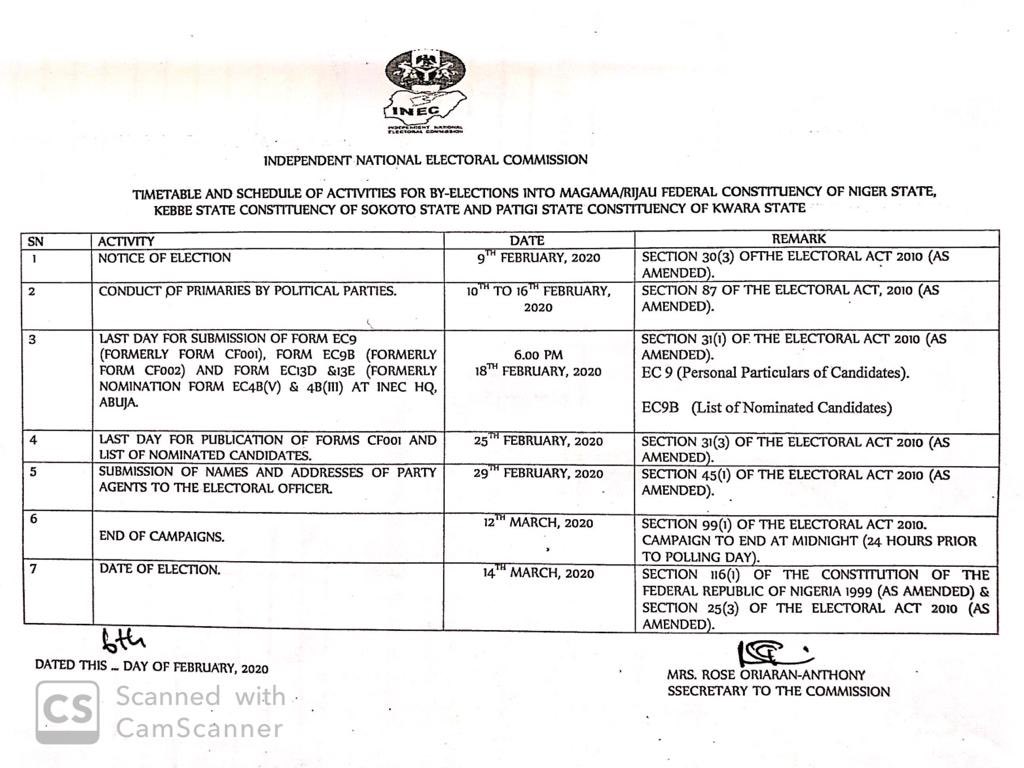