According to him, after due consultations with my supporters , I decided to resign as the Deputy Governor.

Prof. Hafiz accused the Governor of kano state, Abdullahi Ganduja of disrespecting the office of the Deputy Governor and also expression of several injustice to him.

Prof. Hafiz is a loyalist of former governor of kano state, Rabiu Kwankwaso and it is expected of him to defect to Peoples Democratic Party (PDP) in couple of days with his supporters.

I will like to Inform you of my resignation from Deputy Governor Kano State. #Bbchausa #Channels pic.twitter.com/IbjpBFSyqW 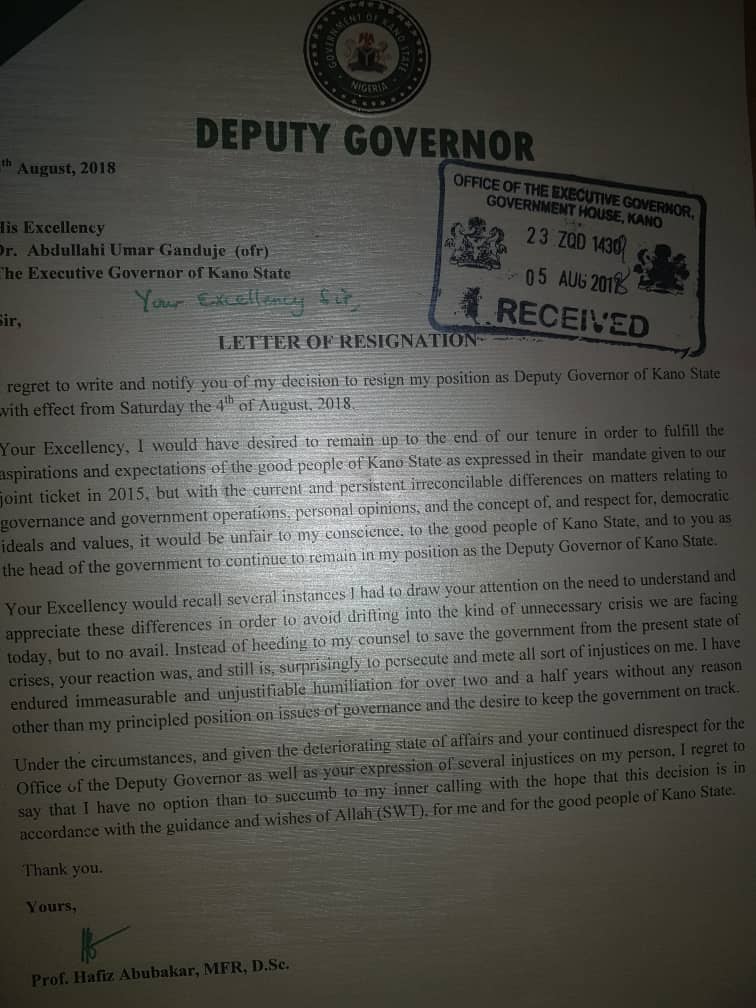 State Of The Nation: Magu Vs El-Rufai On Akpabio & 2019 Games