The Supreme Court has affirmed the election of Udom Emmanuel, as the Governor of Akwa Ibom

The court also upheld that of Abia State, Okezie Ikpeazu.

In the ruling on Wednesday, the court said Governor Emmanuel won the lawfully cast votes, setting aside the earlier ruling of the two lower courts. 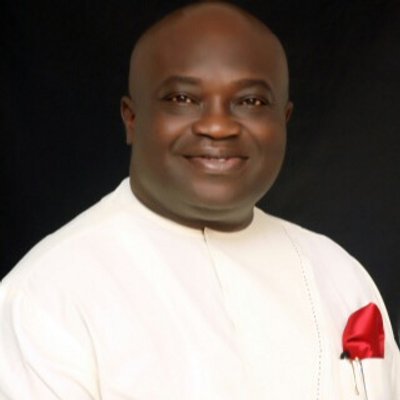 The Court also upheld Governor Emmanuel’s Appeal challenging the cancellation of the results of the elections held in 13 local governments.

In the ruling, the appeal of the Independent National Electoral Commission, challenging the cancellation of election results in some local government areas, was also upheld.

Reasons for verdict are to be given on February 15.

A seven-man bench presided over by the Chief Justice of Nigeria, Justice Mahmud Mohammed, unanimously affirmed the governors’ elections after upholding their separate  appeals against the judgments of the Court of Appeal which had ordered their removal from office.

The decisions of the Supreme Court ‎put paid to the legal actions initiated against Emmanuel and Ikpeazu by their main rivals shortly after the April 11, 2015 elections in the two states.

The Abuja Division of the Court of Appeal had nullified the Akwa Ibom State governorship election in the entire 31 local government areas of the state on December 18, 2015, while the Owerri Division of the appeal court had removed Ikpeazu and declared the APGA candidate, Otti, winner of the election in Abia State, in a judgment delivered on December 31, 2015.

Both governors, who had appealed against the separate judgments of the Court of Appeal which had removed them from office, are of the Peoples Democratic Party.