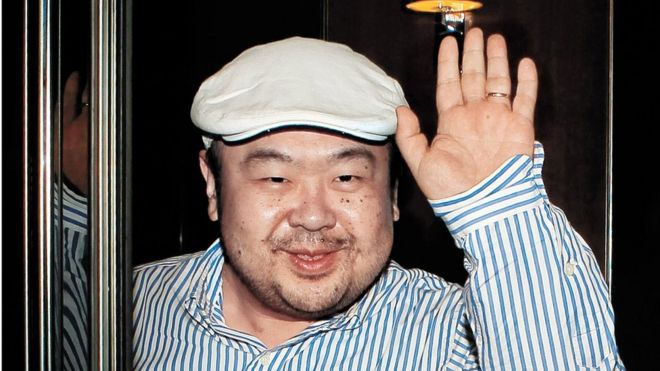 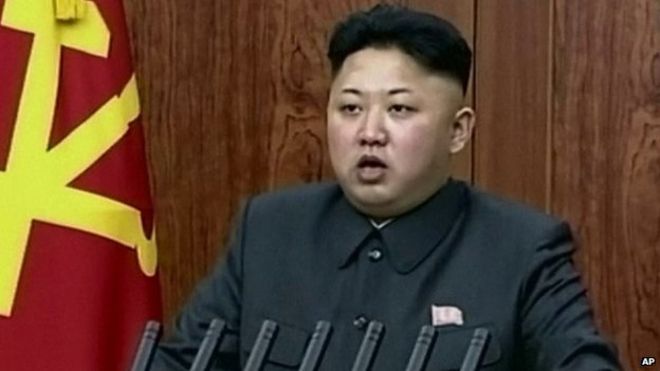 Malaysian police said a North Korean man waiting at the airport for a flight to Macau on Monday had fallen ill and died on his way to hospital.

But they named him as “Kim Chol”, not Kim Jong-nam.

The late Kim Jong-il’s eldest son is thought to have fled North Korea after being passed over for the leadership.

According to a report from TV Chosun, a cable television network in South Korea, Mr Kim, 45, was poisoned at the airport by two women, believed to be North Koreans.

A UK source with close ties to the Kim family told the BBC that poison had been involved in the death.

An autopsy was performed on the man’s body at a hospital in Putrajaya, near Kuala Lumpur.

“The deceased… felt like someone grabbed or held his face from behind,” he said.

“He felt dizzy, so he asked for help at the… counter of KLIA [Kuala Lumpur International Airport].”

He was taken to an airport clinic where he still felt unwell and it was decided to take him to hospital, the police official went on.

He died in the ambulance on the way to Putrajaya Hospital.

“So far there are no suspects, but we have started investigations and are looking at a few possibilities to get leads,” Mr Fadzil added.

According to Chosun TV, two North Korean women agents used poison needles to kill him before fleeing in a taxi.

In 2001, Mr Kim was caught trying to enter Japan using a false passport. He told officials that he was planning to visit Tokyo Disneyland.

Once seen as a likely successor to Kim Jong-il, he was thought to have fallen out of favour with his father over the incident.

Bypassed in favour of his youngest half-brother for succession when their father died in 2011, Kim Jong-nam kept a low profile, spending most of his time overseas in Macau, Singapore and China.

He was quoted by Japanese media in 2011 as saying he opposed “dynastic succession”.

He was also quoted in a 2012 book as saying he believed his younger half-brother lacked leadership qualities, the succession would not work and that North Korea was unstable and needed Chinese-style economic reform.

Mr Kim was reportedly targeted for assassination in the past. A North Korean spy jailed by South Korea in 2012 was reported to have admitted trying to organise a hit-and-run accident targeting him.