In a complete 360 U-turn, Chairman of the primary election panel of the All Progressives Congress (APC) in Lagos, Clement Ebri, has declared Babajide Sanwo-Olu as winner of the exercise in the state.

The Lagos APC primaries has been validated by NWC as the formal announcement of results by Ebiri.

Stand up for the Champion.
Babajide Sanwoolu pic.twitter.com/7wvpzBleLp

The Chairman of the APC NWC Election Committee for Lagos Guber Primaries, Clement Ebri has officially declared Babajide Olusola Sanwo-Olu (@BJSanwoolu) as the winner of of the Direct Primaries held in Lagos Yesterday. 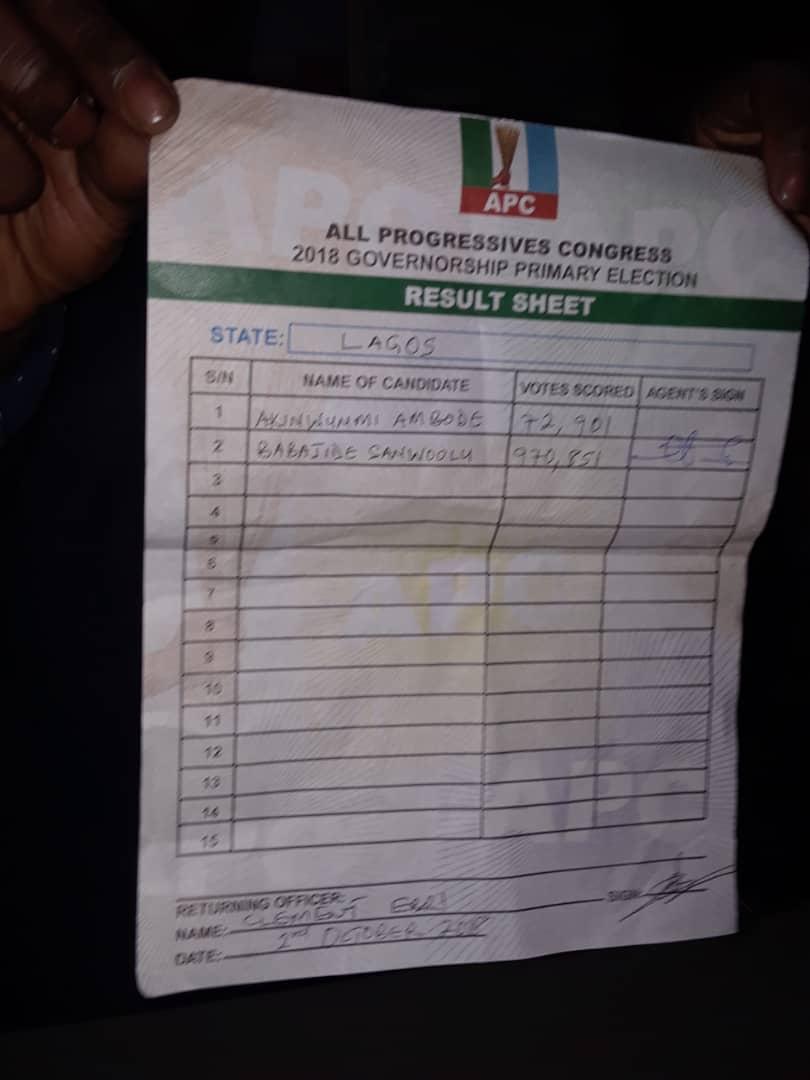 Elombah News has reported there were uncertainty over Lagos State All Progressives Congress (APC) primary grew on Tuesday as the Chairman of the party in the state, Tunde Balogun, disagreed with the Chairman of the APC National Working Committee (NWC) panel, Clement Ebri.

Tunde Balogun, after the primary on Tuesday, insisted that the election was peaceful, free and fair as delegates from 245 wards participated in the election.

He added that the results declared stands as party agents for the two aspirants – Governor Akinwunmi Ambode and Jide Sanwo-Olu were present.

“I want to assure Lagosians that all the results according to the provision of the constitution were recorded and signed by the agents of the two aspirants.

“INEC witnessed the elections. I want you to know as the APC chairman of Lagos state that the election was free, fair and transparent.

“I could see the National Leader’s ward, Bola Tinubu, it was visible there, most of you have the result,” he said.

However, the chairman of the APC National Working Committee, Clement Ebri had earlier announced the decision of the party to postpone the Lagos Primary indefinitely.

He said the primary needed to be postponed due to political tension in Lagos State.

“Because of the political tension in the state, we decided to be very careful, very methodical, and very meticulous in doing it (the primary).

Ebri said further that the stakeholders involved in the primary were not comfortable with the arrangements made.

He promised that the National Headquarters will be contacted for further directives on the timing on the release of materials, adding that, “We are ready to give you the most credible governorship primary in the history of Lagos state.”

The Everlasting Senatorship of Ike Ekweremadu