Breaking: Obasanjo Asks Buhari Not To Run In 2019 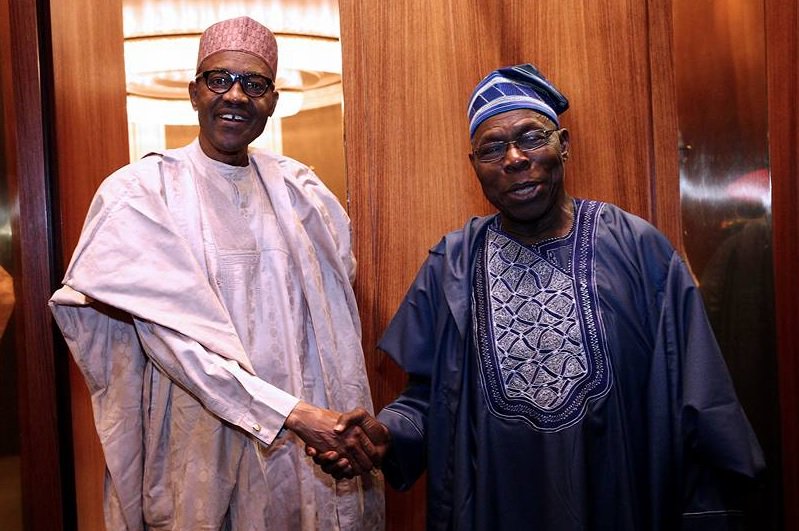 Olusegun Obasanjo, Ex President of Nigeria on Tuesday, has called on President Muhammadu Buhari not to seek re-election in 2019.

In 13-page statement, Mr. Obasanjo, in a special press statement entitled, “The Way Out: A Clarion Call for Coalition for Nigeria Movement” said Mr Buhari has performed far below expectation and should honourably “dismount from the horse” to join the league of the country’s former leaders whose “experience, influence, wisdom and outreach can be deployed on the side line for the good of the country.”

Mr Obasanjo, a two-term president on the platform of People Democratic Party (PDP), said he felt disappointed by Mr Buhari, whom he supported during the 2015 election over then incumbent and candidate of his former party, Goodluck Jonathan.

Mr Obasanjo had written a condemnatory open letter in December 2013 titled “Before it is Too Late” where he highlighted the numerous failings of the Jonathan administration.

Mr Obasanjo argued that his decision to go against Mr Jonathan at the time was the right one, as events in the last three years have since proved, was for the good of the nation and nothing personal.

“Even the horse rider then, with whom I maintain very cordial, happy and social relationship today has come to realise his mistakes and regretted it publicly and I admire his courage and forthrightness in this regard,” Mr. Obasanjo said.

“He has a role to play on the side line for the good of Nigeria, Africa and humanity and I will see him as a partner in playing such a role nationally and internationally, but not as a horse rider in Nigeria again.”

Likening the state of the nation to lice-infested clothes, he said the country’s fingernails is stained with blood as it tries to kill the lice by pressing them in-between two fingernails. According to him, in other to make sure that our fingernails remains blood-free we must do what it takes rid our clothes of lice.

“The lice of poor performance in government – poverty, insecurity, poor economic management, nepotism, gross dereliction of duty, condonation of misdeed – if not outright encouragement of it, lack of progress and hope for the future, lack of national cohesion and poor management of internal political dynamics and widening inequality – are very much with us today,” he wrote.—