Breaking: Ralia Odinga, Swears Himself In As ‘President’ 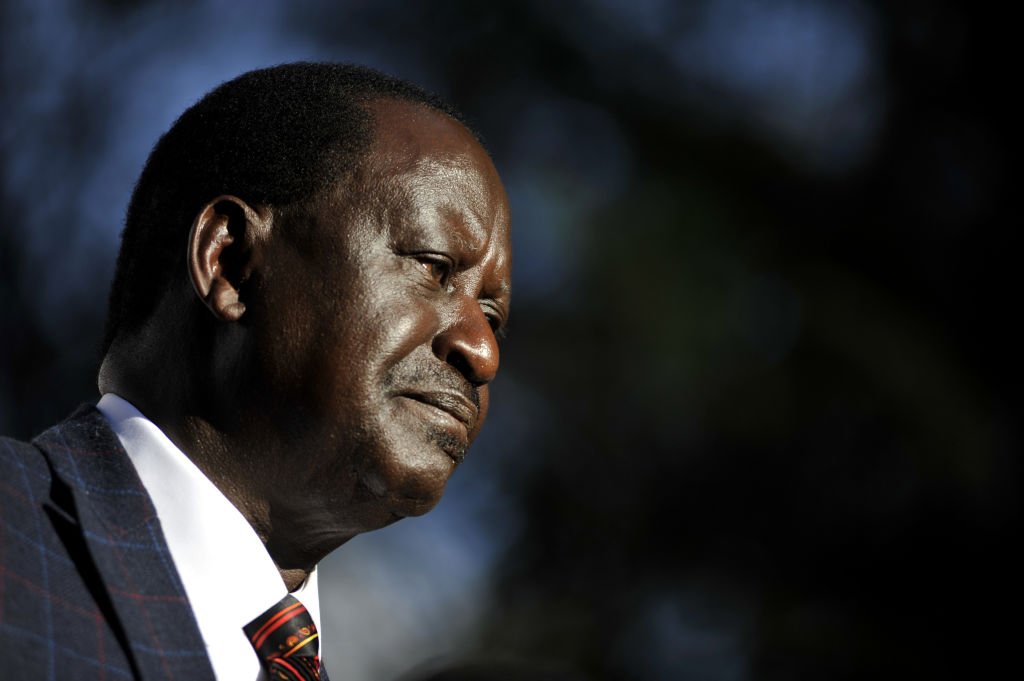 Ralia Odinga, 72, a veteran opposition leader who claims he has had three elections stolen from him has sworn himself in as ‘president’ .

He swore himself in as an alternative president, three months after he claims an election was stolen from him.

The ceremony drew his supporters in Nairobi, the country’s capital on Tuesday.

The planned “inauguration” has earlier raised fears of violence as police had vowed not to allow the event to go ahead. However, officers kept their distance as hundreds gathered at the Uhuru park venue.

Odinga, 72, a veteran opposition leader who claims he has had three elections stolen from him, has refused to accept President Uhuru Kenyatta’s re-election, which came after a deeply divisive 2017 polls season in which rights activists say at least 92 people were killed.

First was an election on August 8, won by Kenyatta, which was annulled in a historic decision by the Supreme Court, which ordered a re-run on October 26.

Claiming the poll would not be fair, Odinga boycotted the second vote and Kenyatta won with 98 percent.

Odinga postponed a previous effort to swear himself in last month, but his party insists Tuesday’s event will take place.

“We intend to hold a peaceful event, in total compliance with the constitution and the law,” read a statement from the National Super Alliance (NASA) coalition.

“We nonetheless wish to put the Jubilee (party) administration on notice that we will accomplish our mission come hell or high water.”

While officers patrolled on horseback from a distance, police sources said a decision had been taken to avoid confrontation, after the city police chief earlier said: “the grounds will be a no-go zone”.

Attorney General Githu Muigai warned last month that any “swearing-in” would be treasonous, raising the possibility of Odinga’s arrest, a move that would heighten tensions.

“Let them have the park and carry on with their political activities as long as it is within the law,” a senior officer said.

Since boycotting the re-run poll, citing a lack of reform at the election commission, NASA’s strategy has been to challenge Kenyatta’s legitimacy by seeking to establish parallel government structures.

Opposition politicians have convened so-called “people’s assemblies” in some counties and the inauguration of Odinga as “people’s president” is seen as the culmination of this process.

Kenya’s editor’s guild released a statement on Monday night saying that Kenyatta and his deputy William Ruto had summoned media managers and editors, threatening to “shut down and revoke the licences of any media house that would broadcast live” the swearing-in.

One of the country’s main television and radio broadcasters, Citizen TV — which had been covering the event — reported online mid-morning that its transmission had been switched off by the communications authority.