Today, the Senate resolved to give the Inspector General of Police, Ibrahim Kpotum Idris, until 11am on Wednesday, 2nd May 2018 to appear before it or face dire consequences.

This resolution followed the debate on the security situation in the nation, with an emphasis on the killings in Benue State.

It could recalled that the IGP Idris failed to appear before the Senate over the arrest and detention of Senator Dino Melaye and the killings across Nigeria.

The Senate had, on Wednesday, summoned him to appear in the chamber to address the lawmakers in plenary on Thursday (today).

The Police boss, however, shunned the invitation and accompanied President Muhammadu Buhari on a state visit to Bauchi State.

Faulting the Police boss for not officially communicating to them on his non-appearance, the lawmakers asked that the appearance be rescheduled to next Wednesday. 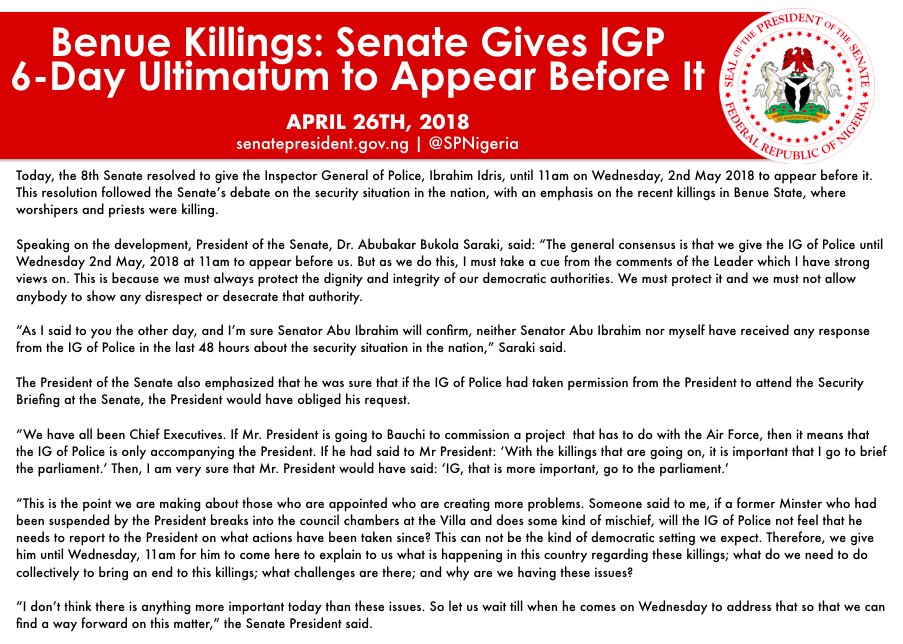