The Senate on Tuesday rejected the appointment of Dr Joy Nunieh, the nominee for Rivers State for the board of Niger Delta Development Commission (NDDC), but confirmed the nomination of fifteen persons.

A list containing the names of the sixteen persons, attached below, were submitted for approval by President Muhammadu Buhari for approval. 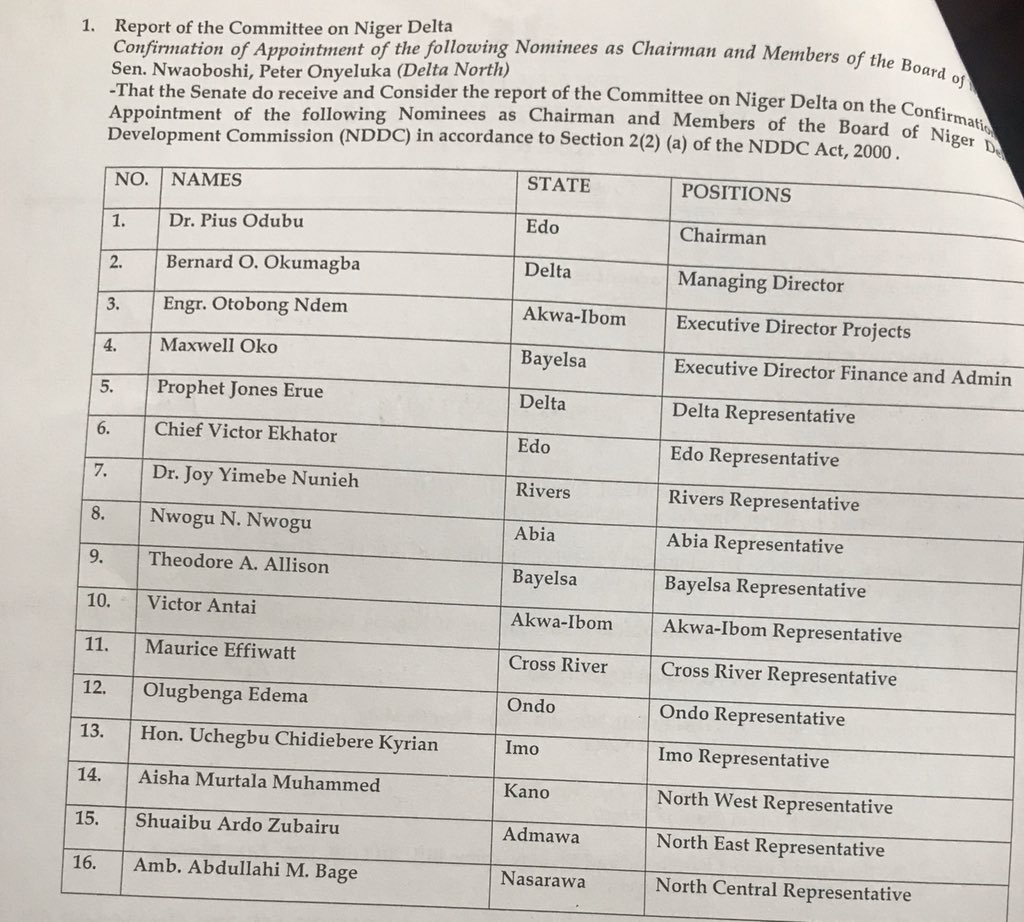 Presenting the report,Chairman of the committee Sen .Peter Nwaboshi (PDP Delta) said the nominees were screened and found suitable to serve on the board of the NDDC in accordance to section 2(2)( a) of the NDDC Act, 2000.

He, however, said the nominee for the Rivers did not appear for the screening adding that there was no official communication to the committee on reasons for her absent.