The Super Eagles defeated Cape Verde at home in the Qatar 2022 World Cup qualifiers played at the Aderito Sena stadium on Tuesday.

The Eagles came back from a goal down to defeat their hosts 2-1  to remain on the top of the table with two wins from two matches.

Cape Verde drew the first blood in the 17th with a well-taken shot after a striker found himself free with goalkeeper Maduka Okoye.

But Napoli striker Victor Osihmen equalised in the 32nd minute after a defensive blunder.

Cape Verde will later concede an own goal in the second half to seal their doom.

The Super Eagles got the job done at the Aderito Sena stadium, leaving Cape Verde with all three points to stay top of Group C.

The Team, however, missed two players who returned positive Covid-19 results but went ahead undeterred to win the match.

Nigeria have six points from two games in a group that include Central Africa Republic and Liberia.

The team saw seven changes from the team that won last weekend in Lagos when the Eagles defeated their Liberian counterparts 2-0. 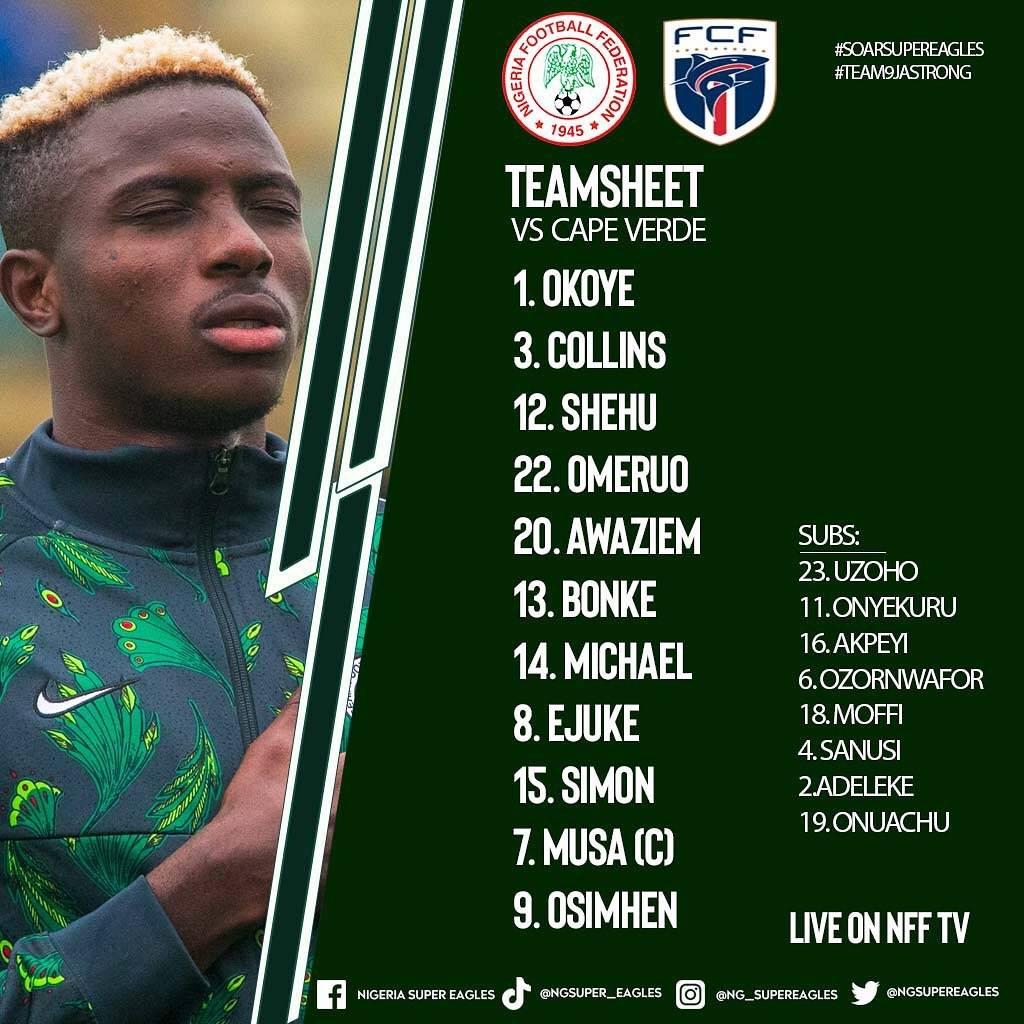