The British Museum will host a summit along with other European museums to discuss the return of bronze artifacts looted in 1897 from the kingdom of Benin, now southern Nigeria.

The museum boasts the second largest collection of art from the Benin kingdom after the Ethnological Museum in Berlin. It will conduct negotiations with Nigeria and Benin about returning the items which are expected to go on permanent display in Benin City.

In the late 19th century, Britain sought to wipe out the kingdom of Benin in what became known as the “punitive expedition.” When Oba Ovonramwen, then ruler of Benin, imposed customs duties on goods leaving the territory, Britain sent 1,200 soldiers to destroy the kingdom as a form of reparations for the colonial power.

The city was set on fire and hundreds of trinkets, bronze sculptures, and valuables were stolen and later handed to the British government. Through trade and art dealership, these artifacts have mostly ended up in Germany and the United States.

Some of the looted goods primed to be given back to Nigeria include a bronze cockerel called “Okukor,” which is currently housed at Cambridge University. In 2016, the university removed the statuette from their dining hall after a group of students petitioned for it to be sent back to Nigeria. 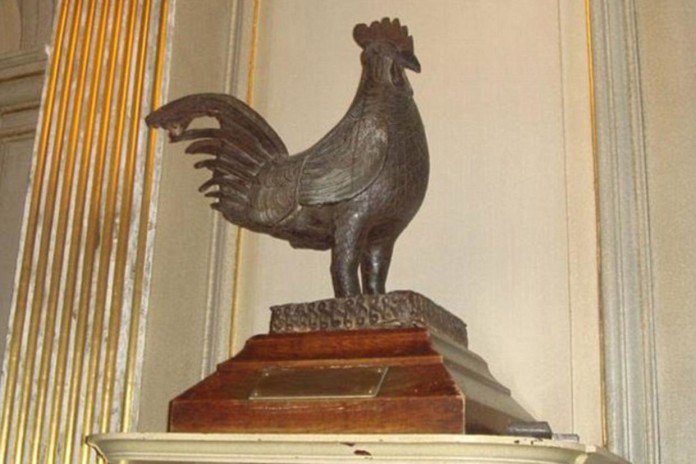 Senior curator at Swedish museum, Världskulturmuseet, Michael Barrett, told The Guardian the move is part of an effort from a “generation of curators” looking to “find ways towards reconciliation.” The museum has a small collection of Benin bronze artifacts which it will put up for repatriation.

However, there are concerns about the insurance cost and safety of the bronze plaques in Nigeria.

Former curator of the National Museum in Lagos, John Picton, said while the moral case for the return of the Benin’s bronze was “indisputable,” there was a risk that removing them from European museums would take African art out of world art history.

In 2010, the National Commission for Museums and Monuments in Nigeria demanded that the Museum of Fine Art in Boston return 32 bronze items which had been gifted to them by Robert Lehman, former head of the now closed Lehman Brothers.

Then in 2014, British retired medical consultant, Mark Walker, decided to give back two bronze sculptures to the Oba of Benin which were taken from his grandfather, who participated in the 1897 expedition. The sculptures included a ninth-century depiction of the head of the king, and 16th-century plaques of life in the royal palace.

Oba Ewuare II of Benin has urged to the British government to repatriate the bronze sculptures to the Benin Museum as it formed an important part of their history.

Nigeria and Benin part of a host of countries demanding the repatriation of art stolen during colonial times.

In 2009, Egypt attempted to reclaim the 3,400-year-old bust of Queen Nefertiti from a German foundation which denied its request. It has since launched an ambitious campaign to retrieve over 5,000 artifacts from museums in Europe and America.

China has appealed to Britain to return 23,000 artifacts taken from the country during its occupation while Greece is still demanding that the British Museum return its Elgin Marbles which was traded to the British during the Ottoman Empire.

Is Biafran Struggle A License For Insults? —Masses Assembly Speaker