Niger Delta militants are trying, but failing, to resurrect a campaign against oil interests as severe as the one they waged in the late 2000s under Late President Umaru Yar’adua

On January 15 2016, they attacked two crude oil pipelines in the Warri area of Delta state, shutting down the recently restarted Warri and Kaduna refineries, which produce an estimated at 25,000 barrels per day.

The attacks were likely a response to an arrest warrant for alleged corruption against the former senior commander of the Movement for the Emancipation of the Niger Delta (MEND) militant group, Government Ekpemupolo — more commonly known by the name Tompolo. The conduct by Tompolo’s loyalists is reminiscent of past MEND behavior, which disrupted hundreds of thousands of barrels per day of crude oil output and resulted in frequent kidnappings of oil industry expatriates and Nigerian employees.

The order issued for the arrest of Tompolo is part of a nationwide anti-corruption crackdown led by the government of President Muhammadu Buhari, who is working to cement his political control over the country.

The investigation of Tompolo centers on his alleged role in a $65 million Niger Delta land fraud scheme. While the charges of complicity have not yet been proven, the militant leader certainly benefited from the patronage of the previous administration — a legacy that the new government wants to root out. His is also involved in ongoing corruption related to security for the oil and natural gas industry.

Elombah.com had reported that Judge Ibrahim Buba of the Federal High Court in Lagos had ordered for the arrest of the former Niger Delta militant leader to face alleged criminal charges filed against him by the Economic and Financial Crimes Commission (EFCC).

The property:  Mieka Dive Institute, a sprawling expanse, purportedly acquired by NIMASA for the take-off of the Nigerian Maritime University, was approved for an outright purchase by the past administration in the sum of N13, 072,564,822.00 (thirteen billion, seventy two million, five hundred and sixty four thousand, eight hundred and twenty two naira) in which a sum of N11, 765, 308, 339.80 had been paid through NIMASA. 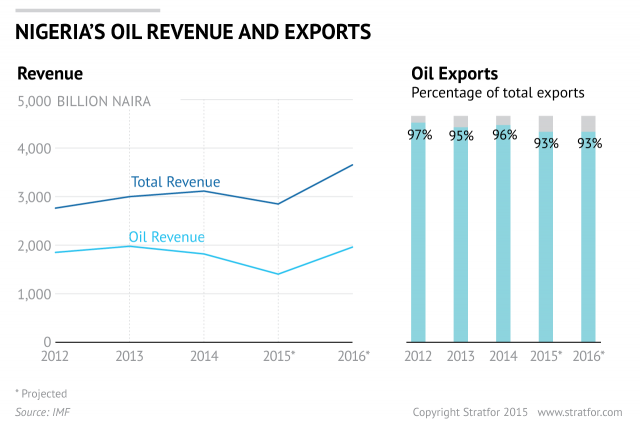 And though this month’s attack were the most significant against the Nigerian oil industry since former President Goodluck Jonathan granted amnesty to Delta militants, the attacks were made in vain. Even if militants expand operations into a wider campaign, the damage to oil production will remain relatively small compared with what it was at the height of MEND operations years ago.

Observers have noted that the warrant for Tompolo’s arrest has not caused widespread fallout in the region — or even among militants.

The Niger Delta’s militants are not longer assembled into a coordinated body, and rivals in Bayelsa state and Rivers state are not concerned with Tompolo’s apparent fall from grace. The reprisal attacks Tompolo loyalists recently launched against oil pipelines are in keeping with their longstanding technique to discourage government operations against them. They also carried the implied threat of future assaults if the investigation on Tompolo continues. The militant leader does indeed command enough men to launch attacks in the Warri area if need be. Beyond this area, however, his influence wanes and he does not have control over militants in other nearby states. MEND will not resume or be able to maintain a broader coordinated militancy campaign.

Moreover, the Nigerian military’s Joint Task Force has reportedly deployed to the Niger Delta region to pursue Tompolo loyalists in response to the pipeline attacks. Tompolo himself has even communicated to the Nigerian president that he wants to avoid further confrontation and make a plea deal.

But according to an international Think tank, there is always the chance that political elite and militants in the Niger Delta could reignite a militant campaign. But sources among other Niger Delta militants report to Stratfor they are loathe to open a new conflict with the government, and certainly not for Tompolo. Instead, they are watching other militant groups to see how they will respond.

Stratfor in their latest publication, stated that in addition, some members of the region’s political elite have been incorporated into Buhari’s government, with patronage schemes still in place to support the important oil-producing region. Some pipelines may be attacked and damaged to the point that they shut down, but ultimately, the region’s oil will continue to flow, and insecurity in the south will be kept at a minimum.