Buhari hails Sultan Dasuki, says he was a voice for peace 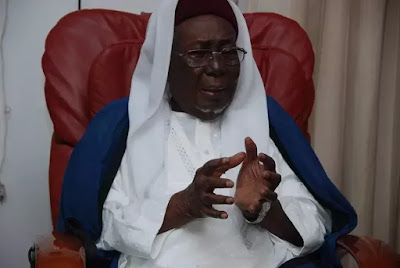 President Muhammadu Buhari extends heartfelt condolences to the Dasuki family, the government and people of Sokoto State on the death of the 18th Sultan of Sokoto, Alhaji Ibrahim Dasuki.

This was contained in a State House press release issued by the Senior Special Assistant to the President on Media and Publicity, Garba Shehu.

President Buhari also commiserates with the Jama’atul Nasril Islam (JNI) and the Supreme Council of Islamic Affairs over the demise of the remarkable traditional ruler.

He said Dasuki devoted his life, tenure of office to the promotion of peaceful coexistence and tolerance among diverse ethnic groups in Nigeria.

The President joins them in mourning the passing of one of Nigeria’s most powerful voices for peace and unity in diversity.

According to Buhari, he diligently kept faith with the virtues of the Sardauna whom he had served as a public servant.

President Buhari believes that the late Ibrahim Dasuki will be long remembered for his role in the creation of the present local government system in the country.

That is besides modernising the traditional institution to bring it in tune with changing times.

Dasuki died on Monday at the age of 93,

The President pays tribute to his contribution to national peace and development, particularly his significant role in producing the report that gave birth to the current local government councils.

President Buhari prays that Almighty Allah will comfort the family of his Eminence, grant the deceased eternal rest and reward his good virtues with Paradise.

The American Democracy Truly a Disaster