Mr. Reno Omokri, former aide to former President Goodluck Jonathan, has stated that General Muhammadu Buhari is not bothered about killings of Nigerians in South Africa “because he feels that most Nigerians there are Igbos. They are 5 per centers.”

Mr. Omokri stated this in a series of posts on his social media handles on Tuesday.

Omokri alleged that “if he wanted to, he could act fast. Remember how fast he acted with Zainab Aliyu in Saudi Arabia? There are several things he could do if he TRULY was outraged by the killings.”

He reminded his audience that “Nelson Mandela lived in Enugu for 6 months while on exile from the SA govt.

“Thabo Mbeki lived in Lagos for years. Thousands of South Africans schooled in Nigeria on Nigerian government scholarships that could have been spent on Nigerian citizens.

“The day Mandela was released was declared a public holiday in Nigeria. Nigerian children grew up singing songs by Onyeka, Majek and Ras Kimono, condemning APARTHEID in [South Africa].

Attached are excerpts of the messages with photos:

General @MBuhari is NOT bothered about the KILLINGS of Nigerians in SA because he feels that most Nigerians there are Igbos. They are 5 percenters. If he wanted to, he could act fast. Remember how fast he acted with Zainab Aliyu in Saudi Arabia? 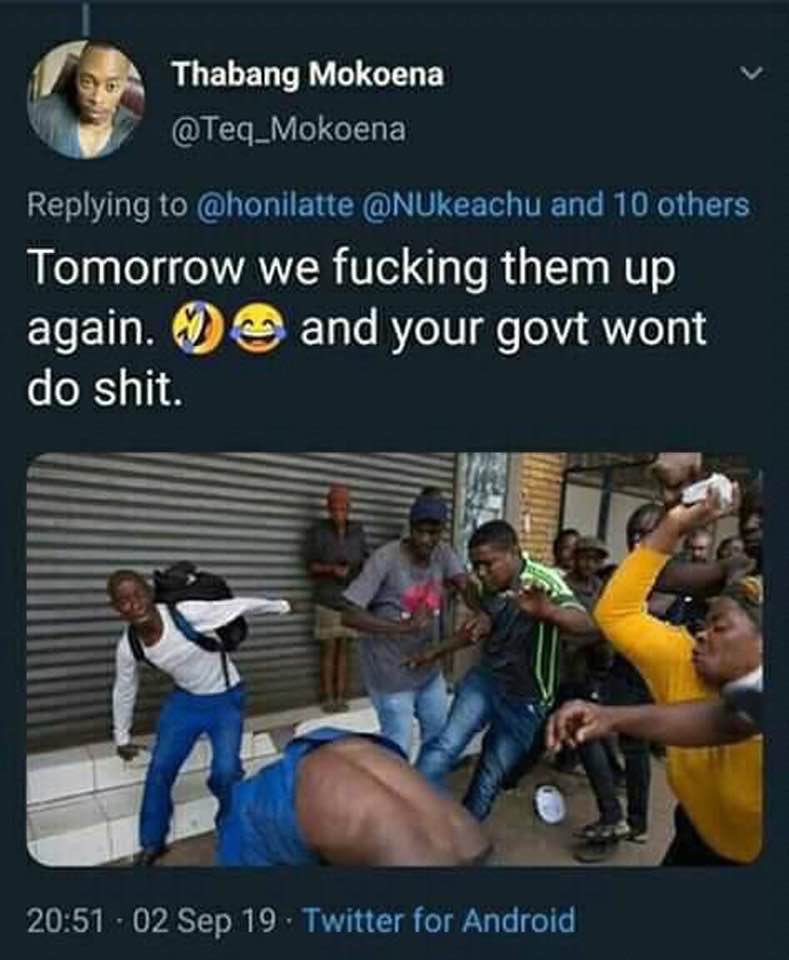 There are several things General @MBuhari could do if he TRULY was outraged by the killings of Nigerians in SA. There is a ‘MORALITY CLAUSE’ in MTN’s license. He could invoke that. When SA feels the financial pinch, the killings would stop INSTANTLY

Also, General @MBuhari could lift from the @RealDonaldTrump playbook and impose TARIFFS on SA goods and services. We buy more from them than they buy from us. It would HURT their ECONOMY and they would stop the killings FAST. But Buhari is CLUELESS!

Another thing the CLUELESS General @MBuhari should have done by now is provide a plane to airlift vulnerable Nigerians from the hotspot in SA. Our embassy should also open their doors for the vulnerable to seek shelter in. But Buhari has done NOTHING!

South Africans have boldness to call us CRIMINALS because General @MBuhari first called us CRIMINALS. Buhari is not the SOLUTION. He is the PROBLEM. The main PROBLEM. He INSPIRES South Africans to treat us as they do. He even called our youths Lazy. 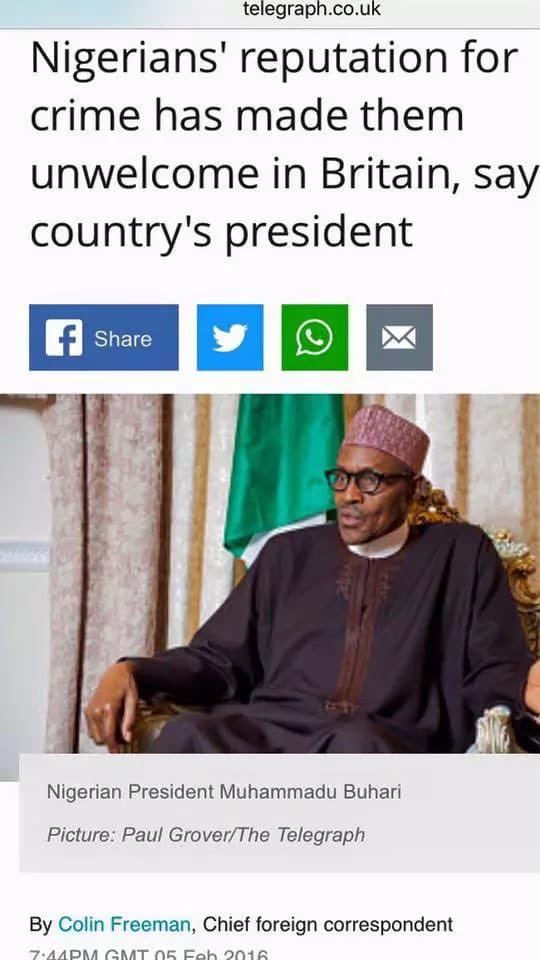 But apart from TALK, General @MBuhari has done NOTHING. Not even issue a TRAVEL ADVISORY! If South Africans were killing HERDSMEN’s COWS, you would have seen speed of action! If Saudi Arabia was arresting TRAMADOL suspects, Buhari would be SUPERMAN!

Human memory is short. Instead of packaging and repackaging LIES for Nigerians, General @MBuhari
and Lai Mohammed could have redeemed themselves by holding a press conference to remind South Africans of the billions Nigeria spent fighting APARTHEID. 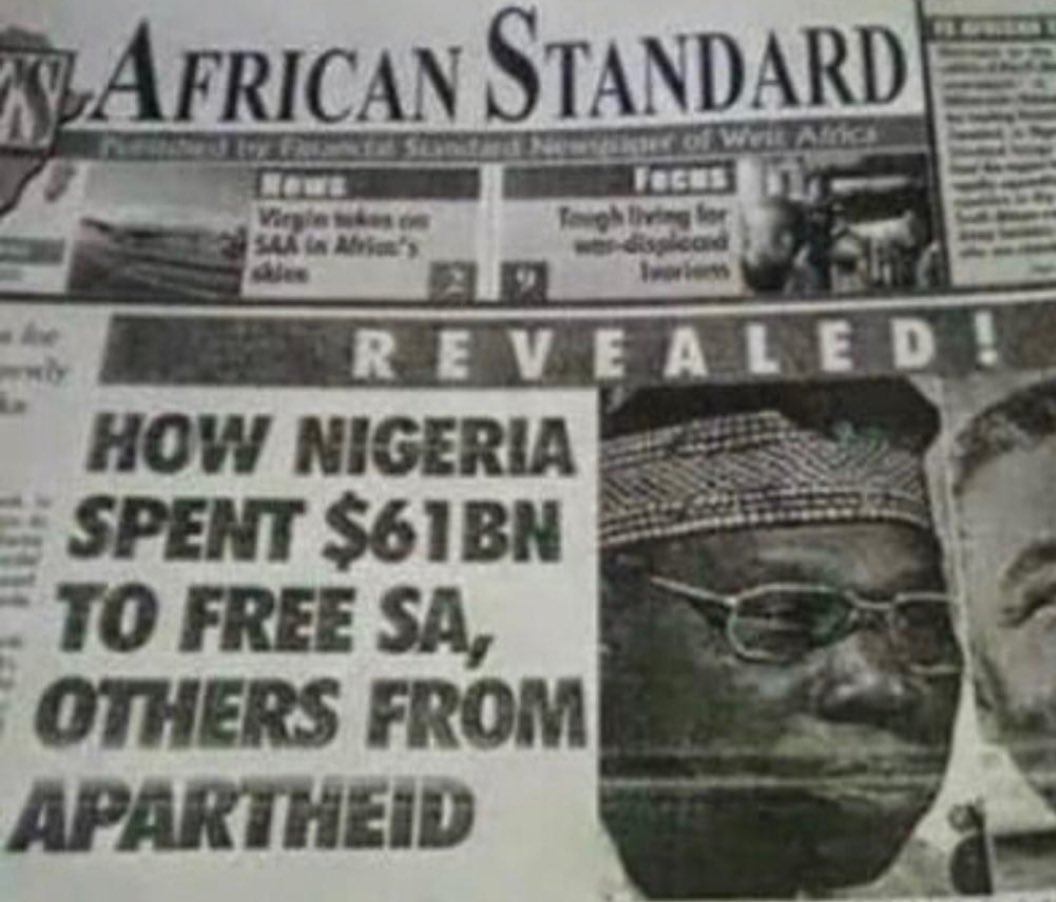 Yesterday, General @MBuhari sponsored miscreants to protest against @BorisJohnson and @UKInNigeria over the P&ID $9.6 billion judgment, but he has remained SILENT over the killings in SA because MONEY is more important to him than Nigerian lives. 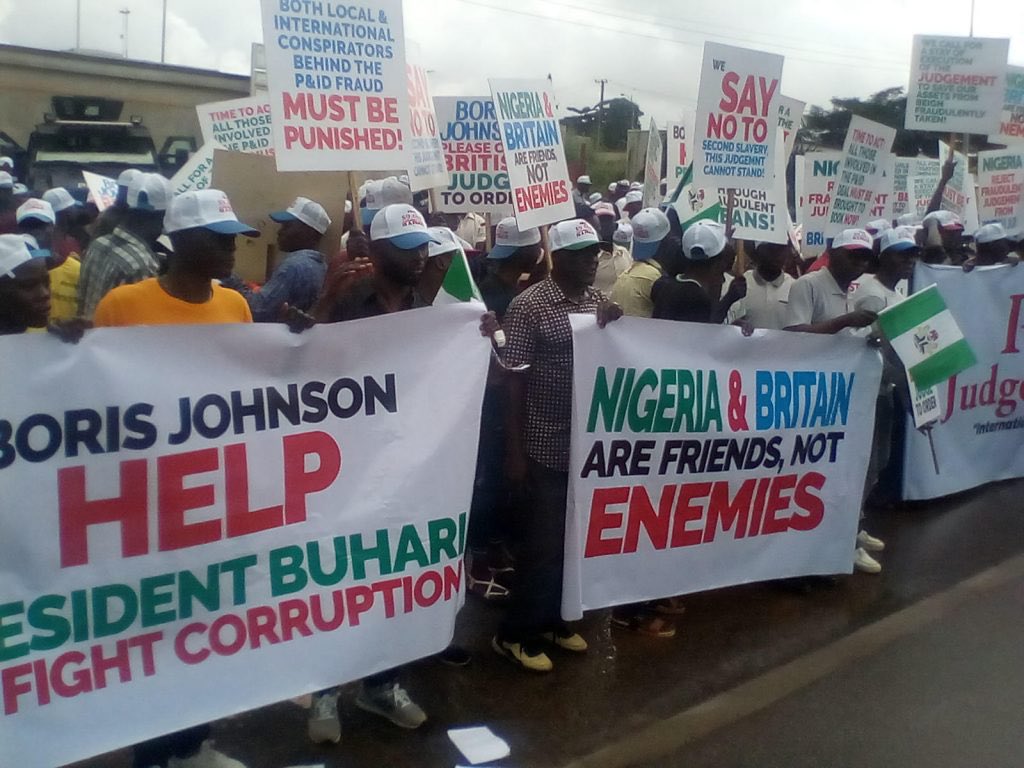 Nigerian children grew up singing songs by Onyeka, Majek and Ras Kimono, condemning APARTHEID in SA. Today, Nigerian kids watch South Africans sing songs condemning Nigerians. Worse, we have a CLUELESS General @MBuhari who does NOTHING to protect us.

@NelsonMandela lived in Enugu for 6 months while on exile from the SA govt. @Google it. Thabo Mbeki lived in Lagos for years. Thousands of South Africans schooled in Nigeria in Nigerian govt scholarship. Nigerians don’t deserve the treatment from SA. [End]

In another post recounted the plight of Christians, especially pastors, in Kaduna and other parts of Northern Nigeria.

He stated: “This is Reverend Elisha Noma of Baptist Church Ungwan Makeri, Kaduna. He was kidnapped for 17 days by people he identified as herdsmen.

“He was just released after his poor community raised ₦3 million ransom. Look at his injuries. Is there a government in Nigeria?

“In August alone, more than 40 pastors were either kidnapped or suffered from some form of violence from either herdsmen, Boko Haram, Kidnappers or soldiers in Northern Nigeria.

“This is why the US Congress said Nigeria is now the most dangerous place in the world to be a Christian.”

Super Falcons Set For Algeria Encounter, Eye Next Round