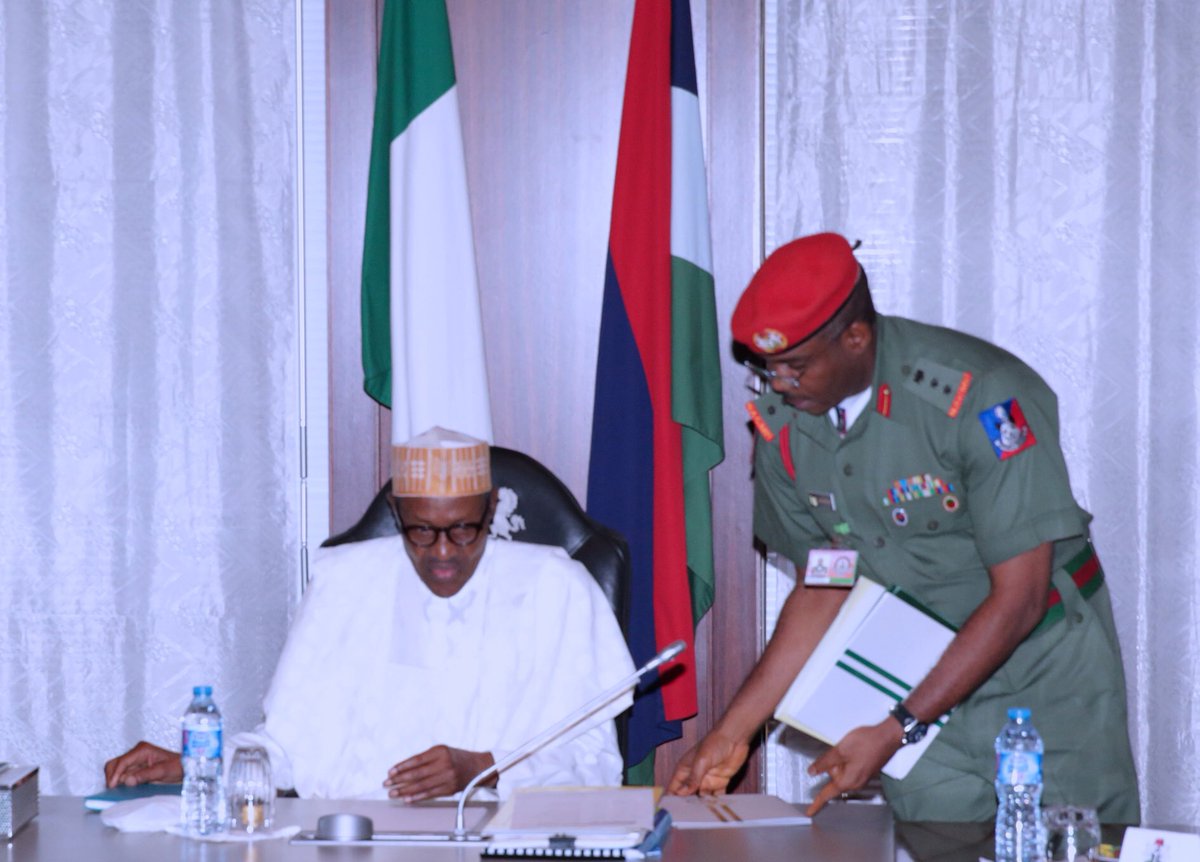 Income accruing to the country from rising oil prices in the international market will be spent on infrastructural development, President Muhammadu Buhari has pledged.

Receiving a delegation from Eni, led by the Chief Upstream Officer, Mr Antonio Vella, the President said extra funds outside the provision of year 2018 budget “will be deployed to infrastructure projects like roads, rail, and power, for the good of our people, and for the development of the country.”

Budget 2018 provisions had been predicated on $45 per barrel by the Executive, and the Senate had adjusted it to $47 per barrel. Oil prices have, however, risen to $70 per barrel, this week.

President Buhari also appreciated Eni for its upcoming investments in the oil industry, which included rehabilitation of Port Harcourt refinery, and the building of a new one.

“In my first coming, all our refineries were working. Port Harcourt used to refine 60,000 barrels per day, and it was later upgraded to 100,000 barrels. Kaduna and Warri were also working optimally, and we used to satisfy the demand of the local market. We equally exported 100,000 barrels of refined petrol. Now, no refinery is performing up to 50%. It is a disgraceful thing,” the President said.

Leader of the Eni delegation, Mr Antonio Vella, said his organization has presented a technical proposal to the NNPC to rehabilitate the Port Harcourt refinery, and also done a feasibility study on a new refinery of up to 150,000 barrels per day capacity.

“Site selection has been completed, and 50 new graduates have already arrived in Italy for a training that will last seven months.

“ There are other upstream initiatives, and a deep water project, with estimated expenditure of $13 billion,” Vella disclosed.

The oil company also plans to double power generation capacity from its plant in Delta State from its present 500 MW to 1,000 MW, spending $750 million in the process.

Umahi should resist any form of cattle colony in Ebonyi – Group

Court Dismisses Kanu’s Suit Demanding He Be Produced In Court