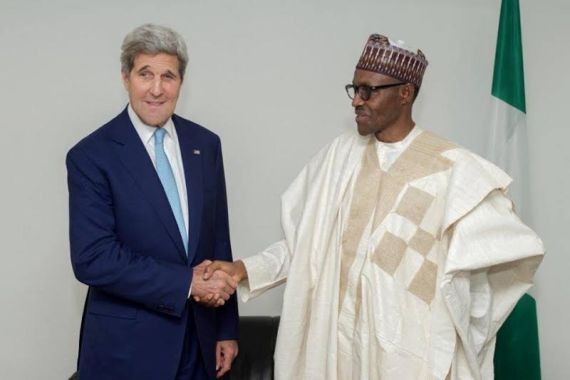 The detractors and opponents of the Anti-Corruption War of the present administration would want us to believe that the campaign is selective, a witch-hunt and vendetta targeted at opponents and members of the Peoples Democratic Party (PDP).

In their frenzy and obsession to divert attention and politicize the campaign, they have woven all sorts of conspiracy theories from the sublime to the ridiculous and rubbish such as wanting us to believe that President Muhammadu Buhari is pursuing Lt Colonel Sambo Dasuki (rtd) because they had issues over 30 years ago when both were still in the military.

Or that the arrest and arraignment  of  the  National Publicity Secretary  of the  PDP, Olisa Metuh is because he waged  a campaign of calumny and hate against President Buhari in the 2015 presidential election.

Just last week, the Minister of Information and Culture, Lai Mohammed told a startling story of how just 55 Nigerians stolen a whooping N1.34 Trillion from the national patrimony and they still have the stomach to suggest that the present administration can overlook such sleazy and move on because of some gleeful claim that the war against corruption is diver campaign.

What of the $9 Billion that was budgeted for the purchase of military hardware to fight the insurgency that was stolen and mindlessly shared to mandarins of the PDP? But nothing absolutely can be farther from the truth.

Despite the vociferous peddling of selectivity of the campaign, the detractors have not presented a shred of evidence to substantiate their claim. The truth of the matter is that this war is for real and no antics by the detractors should make the Federal Government to buckle.

Undoubtedly, this war is necessary to clean up the country, restore national values such as honesty, integrity, accountability, transparency and hard work.

The Federal Government of Nigeria despite the war against corruption has release one of the best national budgets in the past forty years which, if faithfully implemented; would likely take the country out of the woods and present financial quagmire.

Indeed, an analyst and Senior Fellow, Global Economy and Development, Africa Growth Initiative, Brooking Institutions, Amadou Sy writing in the latest edition of the journal of the acclaimed Policy Think Tank based in the United States of America-Brooking Institutions also said that the budget has set the stage for strong, sustainable, and inclusive growth in the medium term. He concluded that the 2016 budget provides a template for other African countries.

So, if internationally recognized institutions and respected globally citizens such as the American Secretary of State who obviously is speaking the mind of the United States of America have passed a vote of confidence on the Federal Government, what else do we need to add as a people than to lend support and prayers to it [the present leadership] in its efforts to take the nation out of the woods.

Do we need to continue to play politics at this time when elections are over? Shouldn’t the opposition ponder over this?

Edo State Politics- No god father but me!