Buhari’s new change ought to begin with his Igbo problem 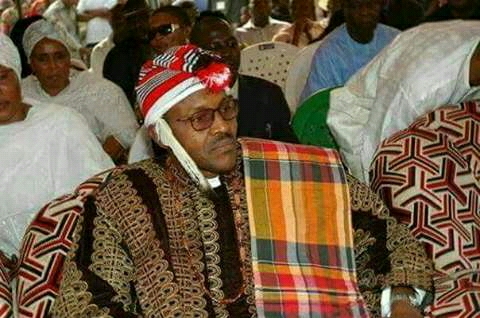 For full disclosure, I am an Igbo man.

I am also one of the pundits currently being lampooned for cheering President Muhammadu Buhari to democratic power.

Yet, knowing what I know now, I will lend that support all over again—and even more.

Unless we have begun to view the history from a tainted lens, the thought of the very alternative, which was to bring back Goodluck Jonathan, remains a portent of much bigger crisis.

More relatively, I strongly endorse Buhari’s latest mantra: “Change begins with me.”  And that is exactly what this piece is set to accomplish.

Let me quickly wet the ground by first defining effective leadership as the ability of the leader to maximize the available resources within the internal and external environment and be recognized by the followers as meeting the expectations.

Please notice that this definition has two components.

Like every Nigerian leader, Buhari assumed the presidency with good intentions. The president is also working hard.

Despite the economic mess left behind by the previous government, he is soldiering on with measurable progress on many areas.

Regrettably, most Nigerians see the efforts as busy doing nothing.

Accordingly, Buhari is making changes beginning from his very self. But there is one critical problem the General has continued to ignore that is firmly woven into the fabric of our current quest for economic revival: His Igbo problem.

For obvious reasons, the problem was initially waved off as a typical Igbo palaver. Sadly, it has now widened with untold social, political, and economic consequences.

Before getting to the main gist, here is a cursory glance at the Igbo—just in case.

As one of the major Nigerian ethnic groups, the Igbo are the natural inhabitants of the Southeast and some areas of South-South and North-Central zones of Nigeria.

The people are predominantly Christians and uniquely boast of being the first or second largest population in most parts of the country.

Known for their unique resilience, resourcefulness, can-do spirit and, of course, unbounded technological and scientific acumen; the Igbo represent the hybrid engine of Nigeria’s commerce.

These diverse traits help in no small measure as they forge social, political, and economic influence around Nigeria.

But the influence is even beyond.

The Igbo have embraced the reigning economic gospel that we no longer merely live in a country but in a world.

Thus, with a heavy presence around the globe, they gleefully play a commanding role in nation’s foreign exchange, foreign trade, foreign investment as well as relationships.

Not surprisingly, the Igbo in the Diaspora are a leading block contributor to the yearly amount of foreign money remitted to Nigeria, which is ironically more than the national budget.

Very significantly, the people are one of the key drivers of Nigeria’s media home and abroad and thus have the potential to influence how the country is perceived anywhere.

The foregoing attributes are more than enough to discern that the Igbo is as important as any other ethnic group and ought to be carried along in the current change agenda of the government.

Chinua Achebe was more eloquent in the book, There Was a Country: The perennial tendency to undermine the unique role of the Igbo in Nigeria “is one of the fundamental reasons the country has not developed as it should and has emerged as a laughingstock.”

But events thus far suggest that Buhari might have been ill-advised to challenge the theory from the onset.

This apparent dissent is rooted in the 2015 presidential elections where a vast majority of the Igbo joined the South-South to vote en masse against Buhari’s winning candidacy.

However, rather than use the historic mandate to rally the different political divisions towards common purpose, the president would shock the democratic world by revealing his plan to marginalize the zones that voted against him.

Many pundits thought his statement was a mere gaffe.

But the records afterwards seem to suggest that Muhammadu “Okechukwu” Buhari actually meant the threat of vendetta against the Igbo, particularly those from the Southeast.

Critics are free to join here.

But there is no gainsaying that the Igbo people are truly marginalized in the current scheme of things.

As I had penned in October 2015, the upper echelon of Buhari’s government is a preview.

“The underlying rationale in this case is that the positions of the President, Vice-President, Senate President, Speaker, Chairman of the ruling party, and the Secretary to Federal Government have been staked in the past 16 years as the main thrust of the party in power and thence rotated among the six political zones of the country.”

League Champion to Carte Away N40m