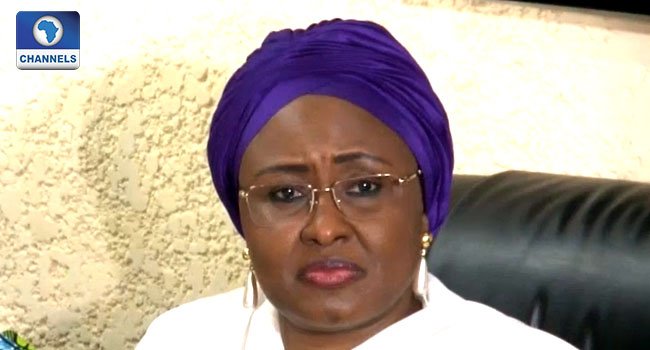 The Wife of President Muhammadu Buhari, Aisha, using her official Twitter handle @aishambuhari on Friday has reposed series of video of some Federal lawmakers criticising the Federal Government.

Senator Isah Misau representing Bauchi Central Senatorial district at the National Assembly had on Wednesday criticized the appointment of the Director General of National Intelligence Agency (NIA) questioning if he is qualified for the position.

“Today, the DG NIA that was just appointed, is he qualified to be there? He’s not qualified. This is the person that failed two exams, we know. He failed two exams and just because he is close to people taking decisions, he was appointed.”

“So many incompetent people are holding so many positions. Fifty per cent of the ministers are not performing. Since the president assumed office he has not taken any decision to move this country. Today we are seeing it and everybody is avoiding it, nobody wants to say anything,” Misau said in the video.

These series of tweets are the first tweets by the First lady since her post with Seasons Greeting on December 25, 2017.

Buharism: A Brand Damaged By Nepotism – By Ikechukwu Amaechi