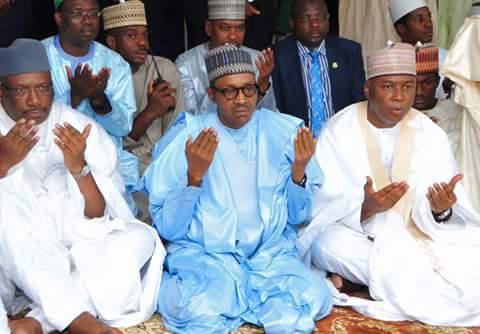 Indications have emerged that all is still not well between President Muhammadu Buhari and Senate President, Bukola Saraki, three months after emergence of the former governor of Kwara state as Senate President.

Since June 9 when the Seventh Senate was inaugurated, Saraki had been able to meet with President Buhari.

Saraki’s offence is not far from his decision to ignore All Progressive Congress (APC) on the leadership of the Senate, a development which might infuriate President Buhari.

Senate President with Buhari started when he ignored to participate at the straw poll organised by the Party between him and Senator Ahmad Lawan.

He also refused to attend the meeting called by President Buhari an hour before the inauguration of seventh Senate‎ and was alleged of forming alliance with Peoples Democratic Party (PDP).

Saraki further put salt to the injury of the party by ignoring names sent to him by the party leadership for principal officers and nominated other Senators for the positions.

Since that decision was taken by Saraki, the Senate President had been running from pillar to post to appease President Buhari as he sent traditional rulers, Senators and National Peace Committee to settle the matter.

However, National Peace Committee led by Gen. Abdulsalami Abubakar told the Saraki led Senate leadership to toe party line in order to resolve the lingering crisis between it and the All Progressive Congress (APC).

The Group who earlier that day met with President Muhammadu Buhari at the Presidential Villa, Abuja, visited had visited the Senate where it met with the Principal Officers.

Inside source at the meeting told our correspondent that the Group expressed concerned about the disagreement between the Senate President and the APC leadership over the position of principal officers belonging to APC.‎