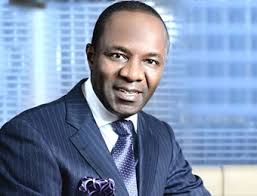 Some say the “promotion” of Kachikwu to Minister of State for Petroleum is a strategy by Buhari to remove a person from South South from heading NNPC.

Removing Kachikwu as GMD of the powerful state oil company to Minister of State for Petroleum is actually a demotion where Buhari keeps the Minister of Petroleum for himself.

TheCable says that one of the current group executive directors (GEDs) is expected to take over from Kachikwu, with Maikanti Baru from Bauchi state as the favourite. Baru, who holds a PhD like Kachikwu, is currently the GED for exploration and production and was initially tipped to succeed Joseph Dawha, who was removed as GMD in August.

If Buhari appoints a Northerner as GMD of NNPC as is being speculated, Kachikwu will then be relegated to the background, leaving two northerners to run the petroleum industry for the benefit of the north.

Kachikwu, who was appointed GMD only in August, was nominated as minister by Buhari in what insiders described as a “soft landing” arrangement for the former executive vice chairman and general counsel of Exxon Mobil (Africa).

Buhari, presidential sources said, has been very “uncomfortable” with some of the actions, pronouncements and in-house changes made by Kachikwu since he became the helmsman at NNPC.

Kachikwu was also said to have fallen out of line with his proposal to sell the refineries despite the stand of the president that they should be put in good condition first before any further discussions.

Management changes made by Kachikwu at the NNPC and its strategic business units are also said to be “lopsided”, with eight positions going to a particular part of the country, although the president approved before they were made public. “You can say Buhari was misled into appointing Kachikwu as NNPC GMD,” a presidency official said, adding that a ministerial position was a better option for him “in view of the unfolding circumstances”.

Buhari is hoping to make Kachikwu minister of state for petroleum resources while heading the ministry by himself.

The PDP Spokesman explains why it took President Muhammadu Buhari over five months to nominate Ministers.

“President Muhammadu Buhari was unaware that most of the people he penciled down as Ministerial nominees were long dead. This accounts largely for the delay in the release of the ministerial list, as President Buhari had to quickly look for replacements for the dead men on his initial list of ministers.”

Olisa metuh is talking nonsense. You wanted to, but could not because you allowed powerful Mrs Diezani Madueke to milk the oil well dry for the PDP election.

Who is Ibe Kachikwu

EMMANUEL Ibe Kachikwu, a doctor of Law, graduated with distinctions from the University of Nigeria Nsukka and the best graduating student from the Law School, winning seven of the available nine prizes in 1999.

He hails from Onicha Ugbo in Delta State, and holds the LLM Harvard Distinction and was best graduate in 1980 with specialisation in Energy, Petroleum Law and Investment.

Kachikwu set a record with a Ph.D/SJD Harvard Distinction, specialising in Petroleum and Investment Law Strategie after completing his doctoral thesis in a record time.

Dr. Ibe Kachikwu becomes highly recommended by his own pedigree in the industry to the extent that he enjoys the confidence of President Muhammadu Buhari who is not new to the intrigues that swirl round the oil sector to stymie its growth and the aspirations of the founders of NNPC.

Industry watchers publicly responded positively to the appointment which they acknowledged as putting the proverbial “round peg in a round hole” given Dr. Kachikwu’s background as the former Executive Vice Chairman of ExxonMobil (Africa Operations).

They were  quick to add that for over 30 years, Dr. Kachikwu has been saddled with advancing the business interest of IOCs, and today, has been called upon to defend his nation’s interest in the hydrocarbon industry where local and international collaborators have constantly and consistently connived to sabotage Nigeria as they deem fit.

Addressing journalists in Lagos, Kachikwu said the refineries were currently working at 30 per cent capacity as against the minimum of 60 per cent required to generate profit.

“Personally, I will have chosen to sell the refineries, but President Buhari has instructed that they should be fixed,” he said.

“After they are fixed, if they still operate below 60 per cent, then we will know what to do.

“The 90-day ultimatum for the refineries to be fixed will end in December and Port Harcourt Refinery looks like the only one that will meet the deadline, but we will wait and see what happens at the end of the 90 days.”

He said the corporation will embark on a transparency operation to regain its lost credibility, saying the first step in that regard would be an audit of the corporation’s finances, which was last audited in 2010‎.

He said the corporation’s finance will not only be audited and brought up to date, but will also be made available to the public.

“Contracts will be made open to the public and we will choose the best module that works for us and that helps us save money,” he said.

Determined to resolve the issue of the missing $20 billion NNPC fund once and for all, Mr Kachikwu said: ‘’We are bringing back the auditors to do a full audit of NNPC accounts. The last audit was done in 2010, so we will make the accounts up to date,” he said during an interaction with journalists in Lagos last month.

The nation was mired in controversies recently following public bashing and accusations of unaccounted funds, in excess of $20 billion as alleged by former Central Bank of Nigeria, CBN Governor, Mallam Sanusi Lamido Sanusi.

Furthermore, it has been noted that NNPC has not fully responded to Sanusi’s allegations in public.

Promising to subject the NNPC accounts to another forensic audit,.Kachikwu said part of the ongoing reform of the NNPC is the right of the public to know. “There are no go areas” for as long as the Corporation remains a public establishment. I give weekly briefing to Mr. President because the Nigerian public has a right to know,” he said, adding that the first monthly publication of the Corporation since he took over will be out next week, and ‘’a whole lot of things will be revealed in it.’’

Inside Rivers Tribunal: PDP secures 7 victories out of 7 judgements