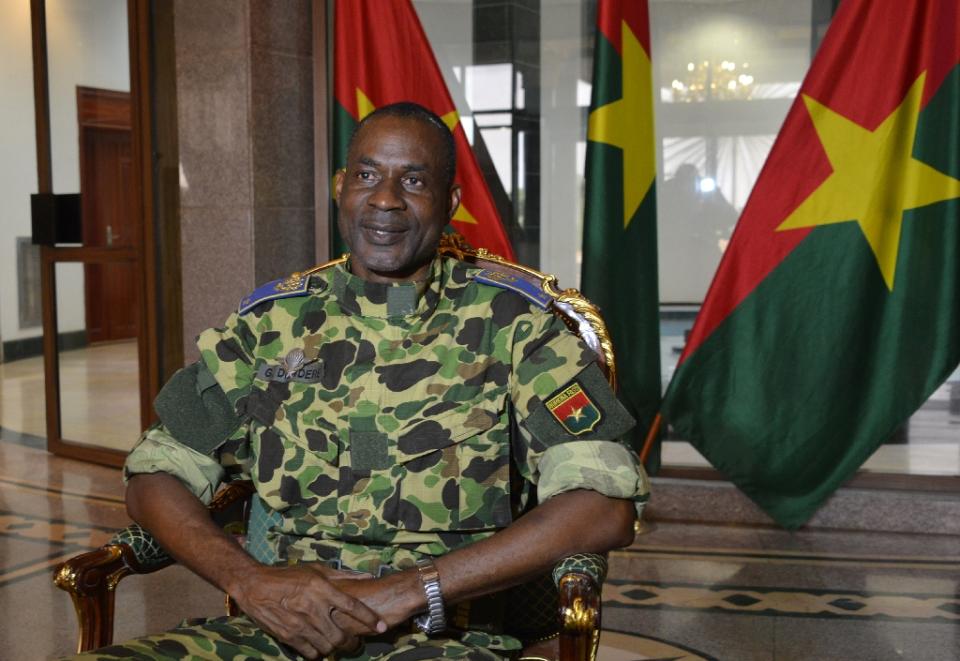 Ouagadougou (Burkina Faso) – The leader of Burkina Faso’s short-lived coup was in police custody after handing himself in as authorities ramped up a probe into last month’s putsch.

General Gilbert Diendere, who had said several times that he was willing to face justice following the September 17 putsch, was being held at the Paspanga police base near the centre of the capital Ouagadougou.

The general, who is the former chief of staff to ousted president Blaise Compaore, sought refuge at the residence of the Vatican’s ambassador on Tuesday just before an army raid on the barracks of his elite military regiment.

“General Diendere and his accomplices will answer for all the offences of which they are accused,” the interim government said in a statement, adding that a commission of inquiry was already “hard at work” investigating the coup.

A military source said military justice would deal with Diendere. 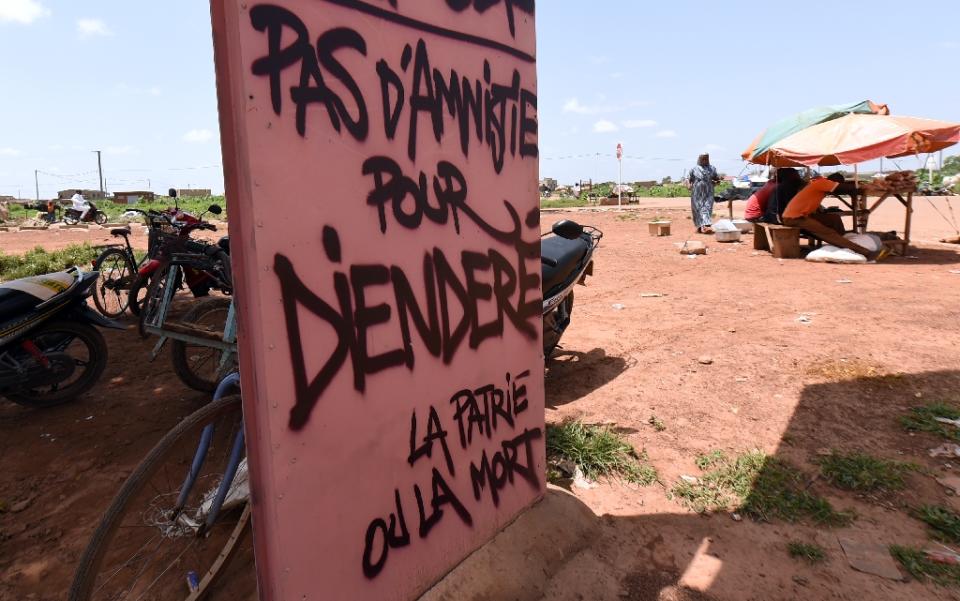 A sign reading “No amnesty for Diendere, the motherland of death” is seen in Ouagadougou, Burkina Faso on October 1, 2015 (AFP Photo/Sia Kambou)

They complained that pro-Compaore candidates were being barred from running in elections, originally set for October 11 but now delayed for several weeks, the first since the former strongman was ousted last year after more than a quarter century in power.

Under heavy international pressure they agreed to a peace deal brokered by the ECOWAS west African regional bloc which would see the interim leadership return, and the coup plotters would stand down with their safety and that of their families guaranteed.

At least 11 people were killed and 271 injured in protests triggered by the coup.

Tensions soared on Tuesday as some members of the RSP refused to disarm, sparking a standoff with the army at the regiment’s barracks that ended with the coup plotters abandoning their base after sustaining heavy weapons fire.

Diendere had urged his men to step down to “avoid a bloodbath”. 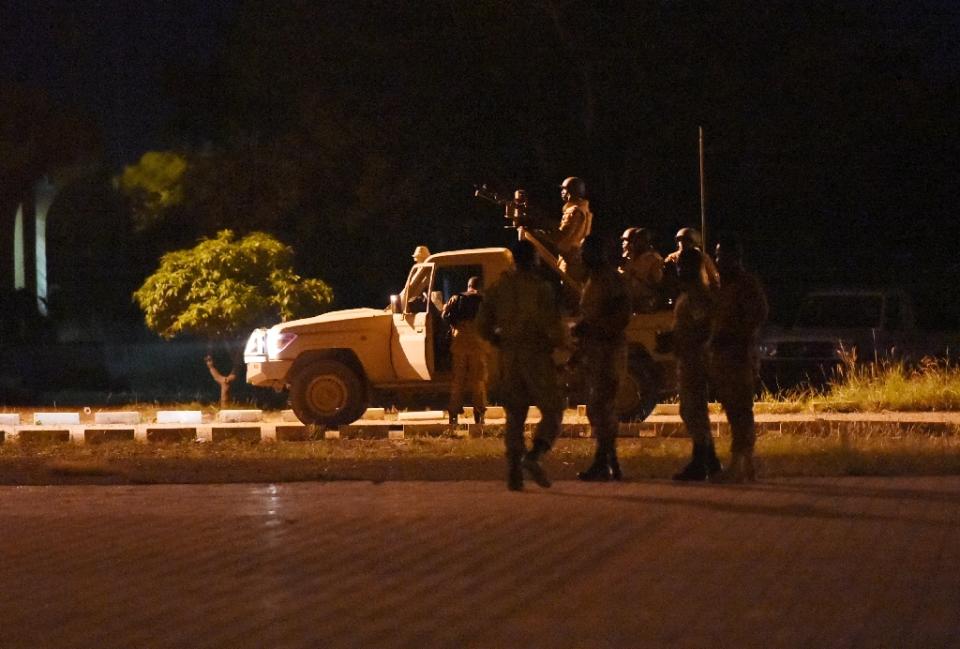 Guy-Herve Kam of Balai Citoyen (“Civic Broom”), a prominent civil society group that helped sweep Compaore from power in mass protests last year, urged authorities to not only investigate crimes committed during the coup, “but all those in which the general (Diendere) could be implicated”.

“This opens the way for elections to take us out of the transition,” Kam added. “The resistance (to the coup) has shown a collective drive for the defence of democracy in Burkina.”

Diendere is deeply unpopular in the capital, and news of his arrest was cheered on the streets.

“I’m very happy,” said Omar, a 24-year-old vendor. “Now we need to bring him to Revolution Square so the families of the victims can have a word with him.”

Six officers who took part in the coup were arrested on Wednesday, while lieutenant colonel Mamadou Bamba, who had read the coup plotters’ statements on television, handed himself over to police the following day.

The vice-president of a Tuareg rebel movement, Mahamadou Djeri Maiga, was also briefly arrested at Ouagadougou airport on Thursday over suspected links to the coup.

Interim authorities have accused Diendere, who has been involved in several negotiations for hostages held by Tuareg groups in the Sahel, of “mobilising foreign forces and jihadi groups” in the coup — allegations he has rejected.

Earlier, a senior army source told AFP a majority of RSP troops had joined loyalist units after their regiment was disbanded under the peace deal and assigned to other units.

More than 800 men of the RSP’s 1,300-strong force have taken up new postings, a source in the army high command said, adding the remainder was being sought.

Those who have yet to join loyalist forces have until Friday to show up at their new postings, and those who fail to do so “will be considered deserters”, a military source said.

Wednesday, Kafando said he believed the country had “turned the page” on the unrest while promising to turn his attention to fixing an election date in consultation with all parties concerned.