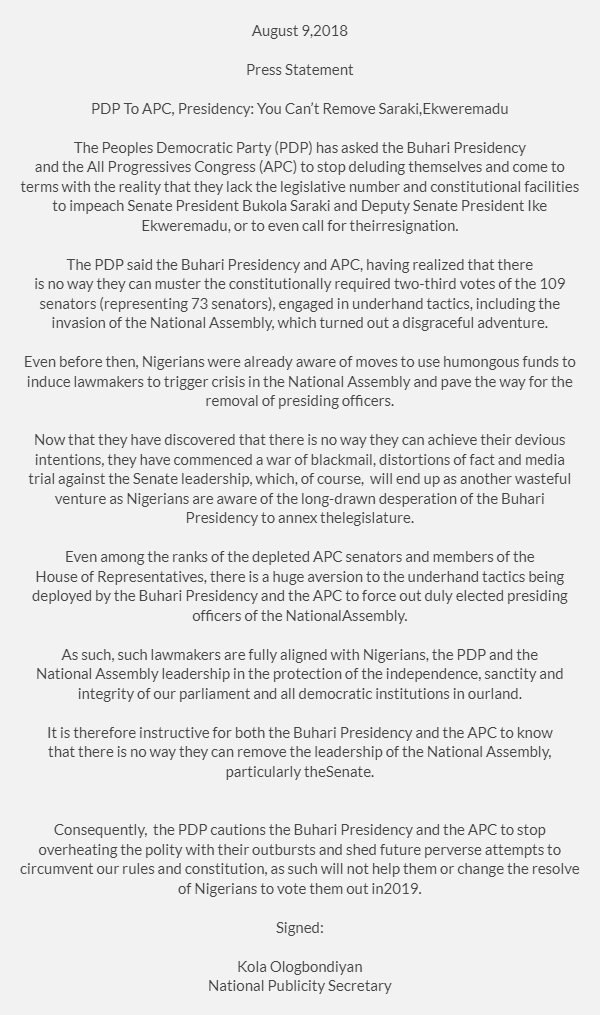 In a statement issued by its National Publicity Secretary, Kola Ologbondiyan, on Friday in Abuja, the party advised the Presidency and the APC to “accept the reality.’’

It said that Presidency and the APC, having realised that there was no way they could muster the constitutionally required two-thirds votes of the 109 senators, representing 73 senators, was now engaged in “under-hand tactics.”

This, according to it, include the invasion of the National Assembly.

The @MBuhari Presidency and @APCNigeria, having realized that there is no way they can muster the constitutionally required two-third votes of the 109 senators (representing 73 senators), hence, the underhand tactics, including the disgraceful invasion of the @nassnigeria – PDP

Zero To Six: How Breastfeeding Can Boost Nigeria’s Economy

Shake up in the Police: IGP redeploys 24 AIGs