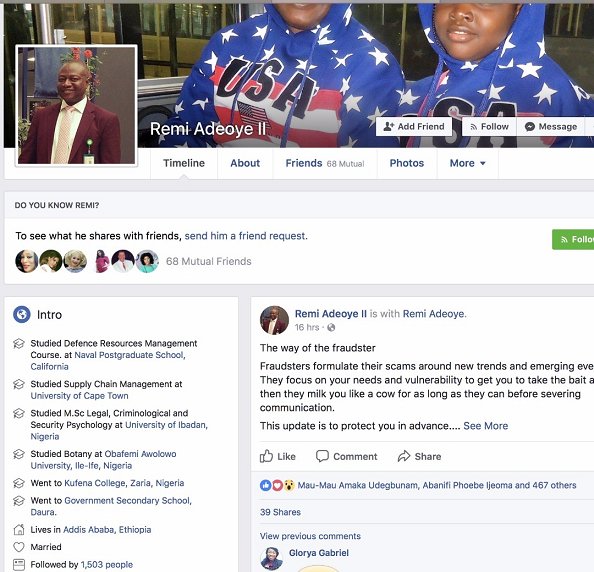 Remi Adeoye, an Assistant Police Commissioner in the Nigerian police force, but who is currently on secondment to the African Union in Addis Ababa, allegedly provided false information about his credentials.

Until two days ago, he claimed on his Facebook profile page that he graduated from University of Cape Town, South Africa, and from the Naval Postgraduate School, Monterey, California.

The problem started for Mr. Adeoye when, without justification, he attacked Emeka Ugwuonye, calling him a fraud and threatening him on social media.

That attracted the attention of Emeka Ugwuonye, who is currently in the US. Emeka investigated Adeoye and was able to point out that Adeoye lied about his credentials.

As many people began to ask Adeoye to deny the allegation that he lied about his qualifications, Adeoye quickly changed his profile information and removed his claim that he attended the school in California. [See below] 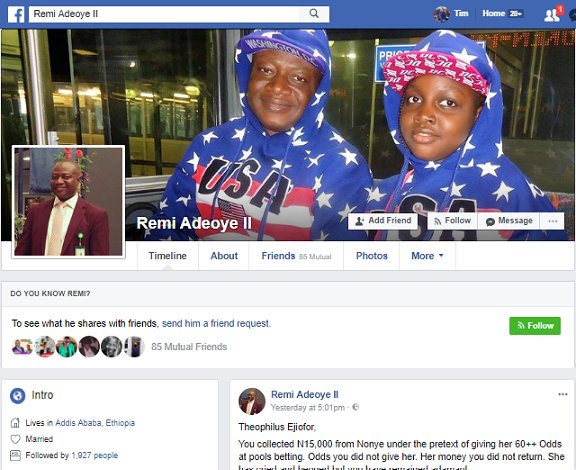 But Emeka, who had cleverly saved the information on Adeoye’s profile before be deleted it, is continuing to press on against Adeoye.

He swore to expose Adeoye as a fraud.

Emeka has contacted the school and is now waiting for a formal confirmation that Adeoye did not attend that school.

With that in his hand, nobody knows what Emeka’s next step will be.

Attached are Adeoye’s original claims and the revised copy after he was exposed.

Also attached below is an email Emeka Ugwuonye sent to the Naval Postgraduate School.