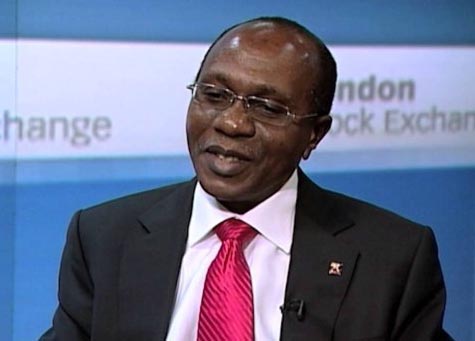 Image: Godwin Emefiele, Governor of the Central Bank of Nigeria

It is sanctions galore as the Central Bank of Nigeria (CBN) fined First Bank of Nigeria (FBN) and United Bank for Africa (UBA) a sum of N4.8 billion for non-compliance to the federal government’s policy on Treasury Single Account (TSA).

This is happening just as the Nigerian Communications Commission (NCC) has fined N1.04 trillion ($5.2bn) against MTN Nigeria, for failing to disconnect subscribers with unregistered and incomplete subscriber identification modules (SIM) cards within the stipulated time.

Elombah.com gathered that the banks were penalised for not remitting to the federation account, N96.4 billion belonging to the Nigeria National Petroleum Corporation (NNPC).

According to a circular obtained by THISDAY from banking industry sources, the CBN imposed a fine of N1.8 billion on First Bank, while UBA was fined N2.9 billion for failure to comply with the TSA policy.

Responding to the penalty, the banks said that they had a directive from the accountant-general of the federation, Ahmed Idris, exempting some MDAs from transferring their funds to the TSA.

The CBN was reported to have rejected their claims, maintaining its stance that all MDAs must remit their funds to the TSA. Tokunbo Martins, CBN’s director of banking supervision, wrote the banks on the unremitted funds and the imposed penalty.

President Muhammadu Buhari gave the September 15 deadline for banks to remit monies from MDA accounts with various commercial into a single federation account.

Godwin Emefiele, governor of the Central Bank, also emphasized the non-exemption of any MDA from the government’s single account.

Buhari In Dangerous Moves To Take Over 3 Niger-Delta States