CCTV To The Rescue 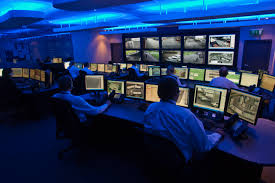 As I went out yesterday, picked up my favourite newspaper and was about entering my house, I thought of writing about my colleague’s experience with thieves who burgled his house recently and also my own experience and the role of closed circuit television (CCTV) in nabbing the criminals who happen to be people close to their victims. Ironically, I was going to praise the role of CCTV only for me to open the newspaper and read of Basket Mouth’s house burglary the previous day and the twist to the robbery, of how the robbers also made away with the CCTV cameras.

I have had two incidents of robbery in my present house and the perpetrators were all caught, not by CCTV but something close to it, mind power! In the first case, the robber came into my bedroom since my outside door was not locked in the night and made away with small valuables, mainly my wallet and my wife’s perfume. When we realized the house was burgled the following morning, I surveyed the compound just to see if there were any telltale signs and truly there were. All of a sudden, something occurred to me, my kids’ class teacher will call that “using your imagination”, I noticed it did not rain the previous night and given that it was in the rainy season, I reasoned that the thief must have jumped into the compound so I decided to take a closer look at my fence to see where the thief jumped in from and behold I located a spot with a mark leading into my immediate neighbours compound. I quickly went into the compound and confirmed a corresponding mark, checked the rest of their wall to see were the thief must have escaped from, not finding any, I knew then that the robber was from that compound, so I  confronted their gate man! It took my getting a police detective to force a confession from the gate man, who fortunately had not moved the items out of the area, so they were returned.

The second one was during a birthday party when a carpenter that worked for me was invited and he decided to also help himself out with a guest’s phone. It took the intuition of the victim to remember and profile all that sat around her during the event and when she recalled and we talked to the carpenter, he feigned ignorance and claimed that he even picked one phone and gave it to me, but that was a decoy for his real target. It was when he was told that there was CCTV (he did not need to verify to believe) all over the house and that even the one he returned was not picked from the initial place he said he picked it from that he confessed, though unfortunately, he wickedly accused his less than ten years old son of the act and asked the little boy to apologise to us.

In my colleagues case, he had no CCTV but his neighbour had and it captured the enemies within which happened to be his very own gateman and a driver that lived in the neighbourhood. The gateman had left for Sunday church service earlier than the family, probably as an alibi until his sins where laid bare for him by “oyibo mirrow!” I guess if Basket Mouth’s neighbour had a CCTV that was well positioned it may have also caught a glimpse of the perpetrators of his house’s burglary.

With criminal gangs terrorising the country, CCTVs (and other infrastructure like BVN, SIM card registration) are good to help solve crimes and should be encouraged especially given that the price has also come down compared to when they first came out. Like every technology, prices come down with time and competition, though with the recent naira devaluation, things may have taken a different turn but that should not discourage the installation wherever it is deemed necessary. I remember in the heat of the terrorism incidents in Abuja, contract was awarded for the installation of such around the city, I am not sure what has become of the project now. I think beyond government installations, private individuals and corporate organisations should be encouraged also to provide such installations and if possible relevant legislations put in place to ensure effectiveness.

Such legislation will ensure that CCTV recordings for houses or buildings which have the recordings, especially when there is a crime scene within the vicinity of such a CCTV installation are not tampered with. Supermarkets, small shops, schools, hospitals, main entrance to estates, street corners, churches, barbing salons, pharmacy shops, restaurants etc should be mandated to provide CCTV coverage for their areas of operation so as to help track and fight crime. The relevant authority to enforce this would be the Nigerian Police and if community policing were already officially commissioned (all our local vigilantes are essentially doing the work of community policing) as advocated, it would even be better since they support the Nigerian police and they are the ones who are able to interact more with the local population in any area.

However, one cannot mandate without being mindful of the economic situation and the burden it will place on citizens who may not opt for such given other pressing priorities. This could be an area of development for the likes of Zinox and other indigenous IT companies to produce made in Nigeria CCTVs to bring down the cost while making repair parts available and at the same time creating the much needed jobs for Nigerians.

Fighting crime is a science as well as an art which requires that a lot of the pieces of a puzzle be put together to tell the full story. CCTV is a key tool that helps put that puzzle together and with the rising crime rate in the society, we are better off embracing it.

Still on Lauretta Onochie’s “Deji Adeyanju, a Product of Pomp and…” what?