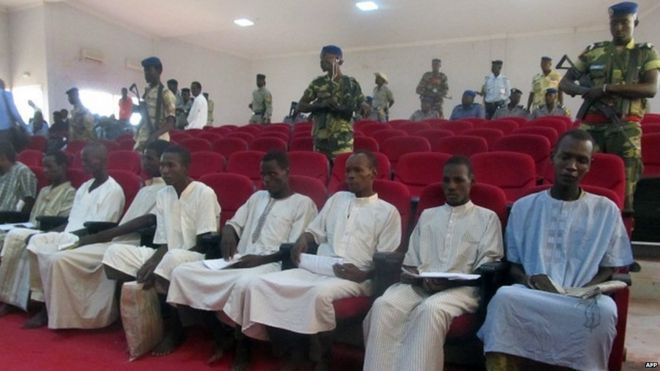 Chad has executed 10 members of Nigerian Islamist militant group Boko Haram by firing squad, a day after they were sentenced on terrorism charges,

“They were shot this morning at the Massaguet firing range,” said one of the sources, referring to a city about 60 km (40 miles) northeast of the capital N’Djamena.

Among the executed was Mahamat Moustapha, a 30-year-old Cameroonian who was accused of masterminding a series of attacks on N’Djamena.

More than 40 people were killed in those attacks in June and July, prompting Chadian President Idriss Deby to introduce a series of tough new anti-terror laws.