Change in the African continent: Who benefits? – By Frank Ijege 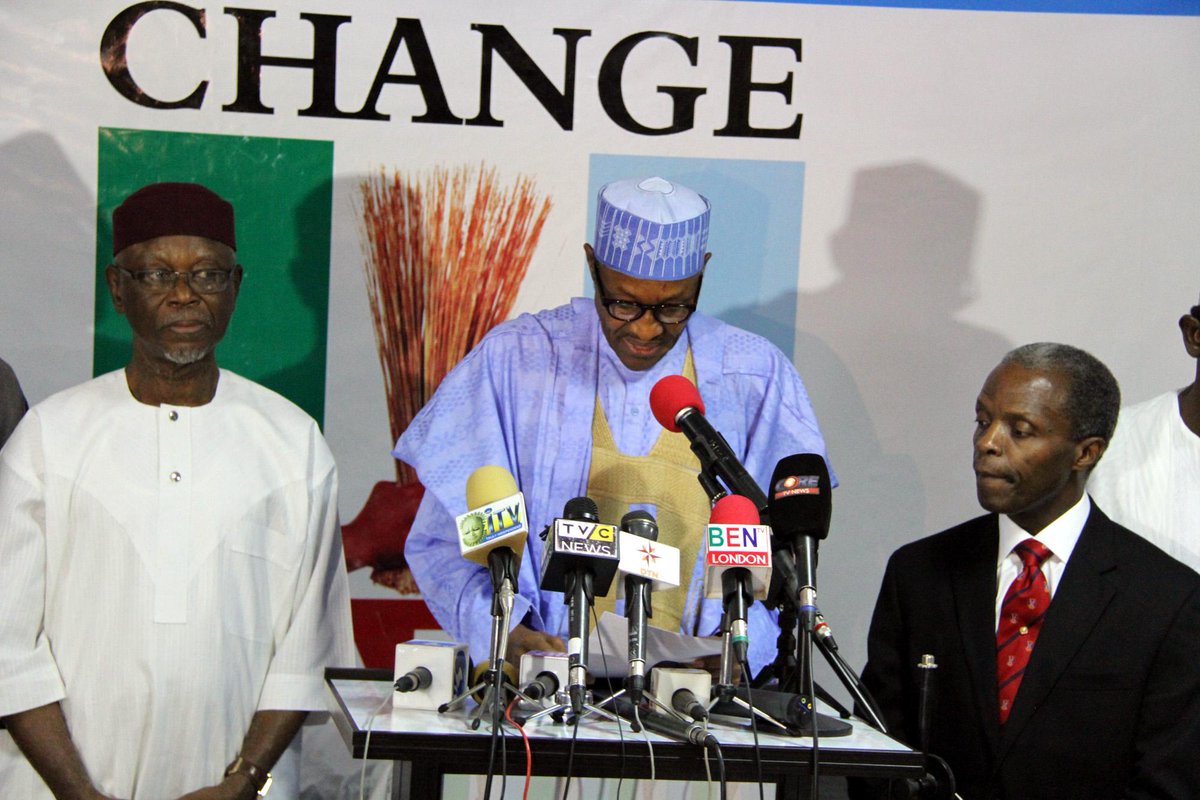 It is a good thing that African countries are catching the change fever and are replacing incumbent leaders with new ones.

One of the leaders to shine that light is Nigeria’s president, Muhammadu Buhari, after he defeated the incumbent president and the ruling party, the Peoples Democratic Party (PDP).

However, people are beginning to question his style of governance. Many Nigerians are disenchanted with his administration less than two years after taking over.

There is a general feeling among the people that the president doesn’t seem to appreciate their condition. This, they believe, explains why they tend to be suffering more.

A number of reasons have been given why the Buhari government has fared this way. Some say it is a result of his un-preparedness to govern.

Advocates of this argument believe that the Nigerian leader was only interested in winning elections and was not prepared to deliver good governance to the people.

They cannot believe that a man who sought to become president for twelve years would govern the way he is governing.

They always make reference length of time it took him to form his cabinet and the denial of several, if not all of his campaign promises to buttress their point.

Others argue that he underestimated the problems of the country. This group believes that aphorism that he who wears the shoe knows where it pinches.

Before being voted into power, President Buhari was one of the vocal critics of past administrations, many of whom he contested against.

The administration he took over from under Goodluck Jonathan did not enjoy popular support in the twilight of its administration.

Corruption, favouritism, insecurity were some of the characteristics of that government. Nigerians groaned in frustration and sought a breath of fresh air

Then entered the All Progressive Congress (APC) with a promise of change.

The ‎APC presented as its candidate General Muhammadu Buhari, a man whose greatest selling point is his integrity.

The party rode on its change slogan and clinched political power. Many Nigerians voted for the APC because they wanted a genuine change.

They didn’t want a mere change of the party in power but a holistic change of the system, institutions and the pervasive turn governance has taken in the African country.

Eighteen months after, nothing has changed. Many of the blunders of the last administration are being repeated by the current government.

Skewed appointments in favour of the children of the high and mighty in the society have been conducted by several agencies and institutions of government.

Some of his cabinet members have been accused of corruption. The president remains adamant.

President Buhari has utilised every opportunity he gets, to remonstrate and complain about how he inherited a bad country; about how the Peoples Democratic Party (PDP) messed things up.

Things were quite things bad when he took over as president, but that is why he was elected to clean the mess.

By continuously complaining, he is making Nigerians believe one of two things: cover up for his inability to tackle them or he is too overwhelmed to try.

The president may have the best of intentions, but he doesn’t seem to know how to go about implementing them‎. Worse still, he is surrounded by people who do not share in his vision.

Politicians in opposition political parties whose chances of clinching political power have become brightened by the change ‘fever’ spreading across the continent have a lot to learn from how the change in Nigerian has turned out.

Clear cut ideologies, strategies and solutions on how to tackle the problems of the country was lacking.

Getting the right people and ensuring round pegs are in round holes were obviously lacking.

Nigeria is not the only country with a new government in the continent that has performed poorly.

Almost all the new governments have struggled to show how different they are from the ones they replaced.

The quality and standard of life of the people remains as before and government’s policies are far from ending the woes and anguish of the citizens of the continent.

African leaders have been reluctant to this. Most of them are actually products or beneficiaries of the system.

Africa cannot rise beyond its current state of hunger, disease, strife, poverty, insecurity and a prevailing threat of disintegration as long as the extractive political and economic institutions continues to reign supreme.

A systems that favours corruption, one that celebrates ill-gotten wealth, promotes tribalism and nepotism and one in which an individual controls  so much political power will hardly favour the people.

Until a genuine breeze of change blows in the continent, African countries will continue to struggle and its citizens would continue to be at the mercy of their leaders

Dangote pioneers use of concrete in road construction