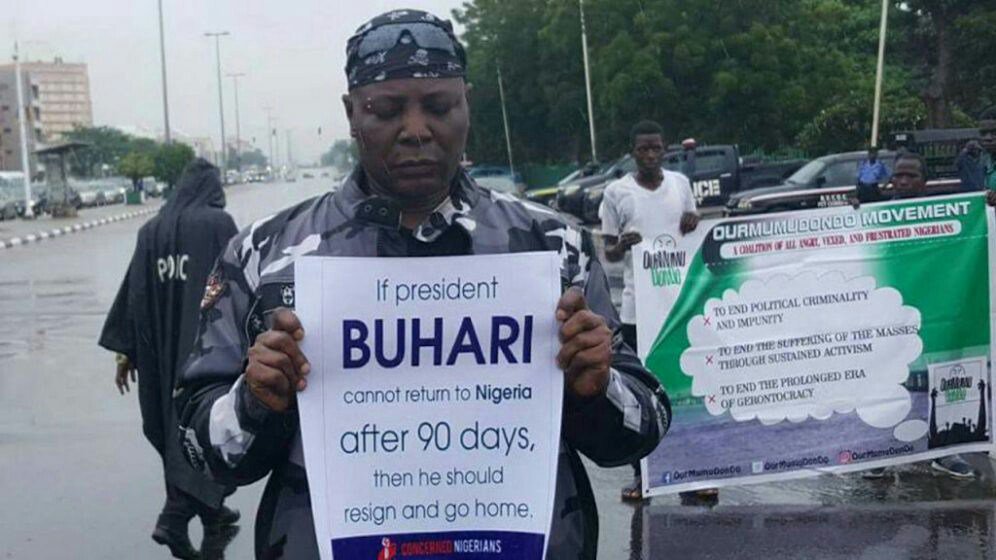 The Area Father and his fellow campaigners were last week attacked by security officials who dispersed them violently from the Unity fountain, also in Abuja.

According to an eye witness, “Charley Boy came to this market with some cameramen doing his protest here.”

“I was standing in front of my shop when I saw Charley Boy running for his dear life, being chased by those youth,” a trader at the market said.

“They nearly lynched him, because those youth almost overpowered police security near him.”

Charley Boy was rescued by security operatives who fired gunshots and tear-gas to disperse the crowd.

Yunus Jnr. |self described Buharist: “If you are not looking for trouble how can you go to WUSE MARKET (ABJ) &Protest against President Buhari?”

The security operatives later returned to remove Charly Boy’s vehicles from the market, after using tear-gas to disperse the counter protesters who tried to stop them.

Wuse market ‎is Abuja’s largest and is dominated by northerners, many of them supporters of President Buhari.

The gates of the market were temporarily closed and manned by heavily armed security operatives after the incident.

“Why must he go to Wuse market of all places where he must have known that most traders are PMB supporters. Wuse was never a centre for protest.” – Abu Maigoro

“Charley Boy caused it, how can he come here to be talking against Buhari.

Those Hausa boys dealt with him,” a meat seller in the market who witnessed the incident said.

President Buhari has been in London on medical vacation for about 100 days.