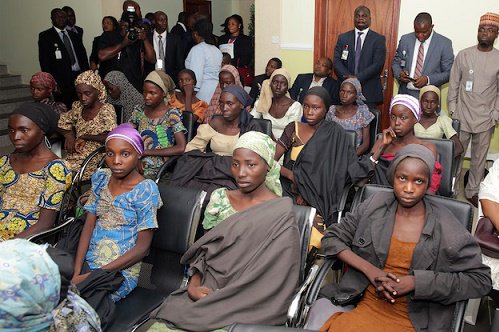 The President of the Christian Association of Nigeria, (CAN), Rev Dr Samson Olasupo Ayokunle, on behalf of the organization has commended the Federal Government for the breakthrough recorded by getting 21 of the kidnapped Chibok girls released from the captivity of Boko Haram insurgents.

Ayokunle, in a Press Statement issued and signed by his spokesman, Bayo Oladeji described the news of their release as great and pleasant since the beginning of the year.

He assured the Federal Government of CAN’ prayers to ensure every one of the Chibok girls still in captivity is released.

“It is one of the best news we have ever received this year from the government as a nation.

The leadership of CAN also rejoices with the parents of the released girls and prays that the rest of the parents would also have their children returned to them very soon.

The statement appeals to those holding the rest of the girls captive to release them “because the Lord is God of freedom, not captivity”.

Ayokunle also appeals to the Federal Government not to just release the girls back to their parents but to organise a special rehabilitation program in collaboration with CAN for the girls that would cover their full integration into the society again.

“We ask the Federal Government not only to secure their freedom and release them to their parents but to set up a special rehabilitation program in collaboration with CAN for the girls that would cover their full integration into the society again”.

The leadership of the CAN explained that its involvement in the rehabilitation programme is imperative because “their innocence and beliefs might have been compromised by the satanic and strange indoctrination of their captors and this is where CAN will play a prominent role since they are our children.”

The statement further calls on the Federal Government to provide free education at all levels to every one of them as part of the integration programme and compensation for the unprecedented trauma and ordeals they suffered from their captors.

According to him, “Securing their future through free education to tertiary level should be part of the integration programme. It is to compensate for the past failure of government in allowing the girls to be kidnapped and kept in incarceration for too long”.

Smiling enemies within the cabinet: Open letter to Okowa