BBC News, Abuja – A Nigerian military court has jailed a Boko Haram militant involved in the 2014 kidnapping of the Chibok girls. 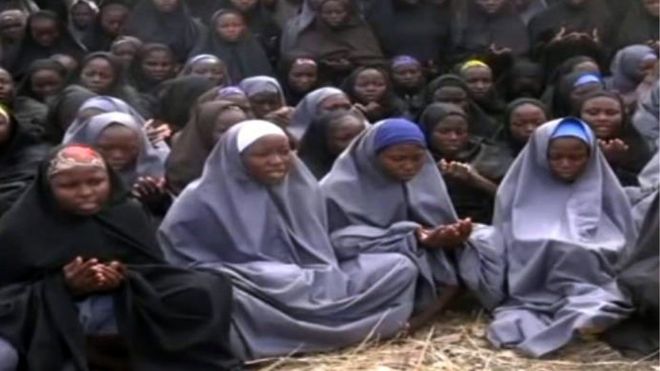 Haruna Yahaya, 35, a former trader, who confessed to his role in taking the 276 schoolgirls argued he was made to act under duress.

But judges sitting at a military court in Kanji, who are hearing the cases of more than 1,000 suspected Boko Haram militants, dismissed his excuse.

They were also unmoved by his pleas for leniency on the grounds of his disability, which has left him with a paralysed arm and deformed leg, BBC News’ Ishaq Khalid reports.

Yahaya is the first member of the group to be sentenced for playing a part in the mass abduction.

Yahaya, who came from Potiskum, in Yobe state, north-east Nigeria, was captured by a vigilante group called Civilian JTF in 2015 – a year after the girls were snatched from Government Girls Secondary School in Borno state.

This week, some 700 of the suspected militants are due to appear before the judges in Kanji, according to sources at the court.

On Monday, 20 were found guilty of crimes associated with Boko Haram, while two were discharged for lack of evidence.