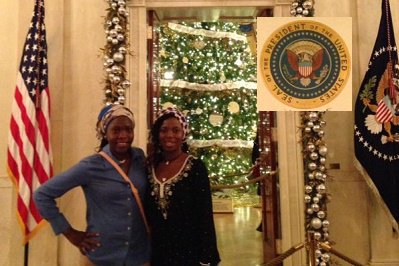 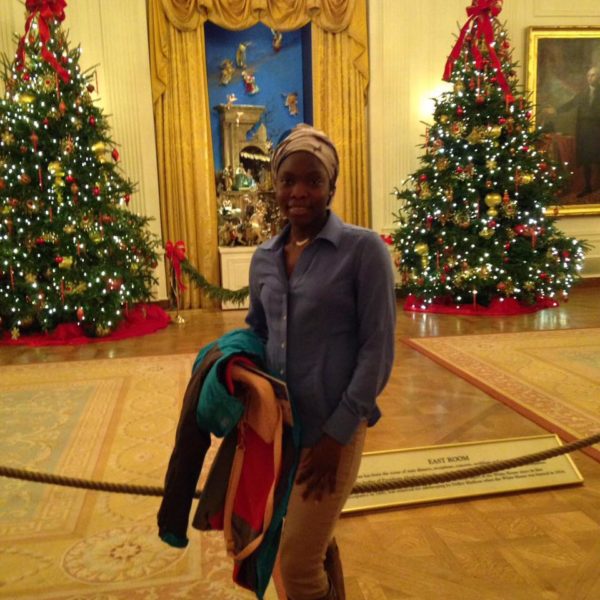 On Saturday December 17, 2016, two of the escaped Chibok schoolgirls currently sponsored to school in the US by Education Must Continue Initiative (EMCI) were at the home of the United States President for a tour of the White House Christmas decorations.

In a week that could almost be termed “Nigeria week at the White House,” the Chibok schoolgirls visit this weekend was preceded by that of prominent upcoming New York Times best-selling author and blogger Luvvie Ajayi just the day before.

This is the fourth in a series of White House visits for the Chibok girls in US   facilitated by US Congresswoman Frederica Wilson of Florida in conjunction with Education Must Continue Initiative.

Over half a dozen Chibok girls have visited the White House in Easter 2015 and 2016 but this the first Christmas visit.

In another curious coincidence, a Nigerian American schoolgirl was amongst the band of singers for the White House Christmas tree carols.

Sixth grader, Gracina Ogebe who is part of the US host family of the Chibok girls was separately invited with her school and to perform just days before her adoptive sisters were to visit the White House.

It was indeed a week for Nigerians at the White House from the east, the south and the north.

One of the Chibok girls said after the visit:

“It was good!!! The house looks amazing. They’ve decorated the whole house and also there are group of choir singing songs.”

The high school senior and a college girl were sent to US to school by a Nigerian NGO Education Must Continue which is comprised of victims helping victims in northeast Nigeria.

The two Chibok girls are the top academic performers of their set in the US. 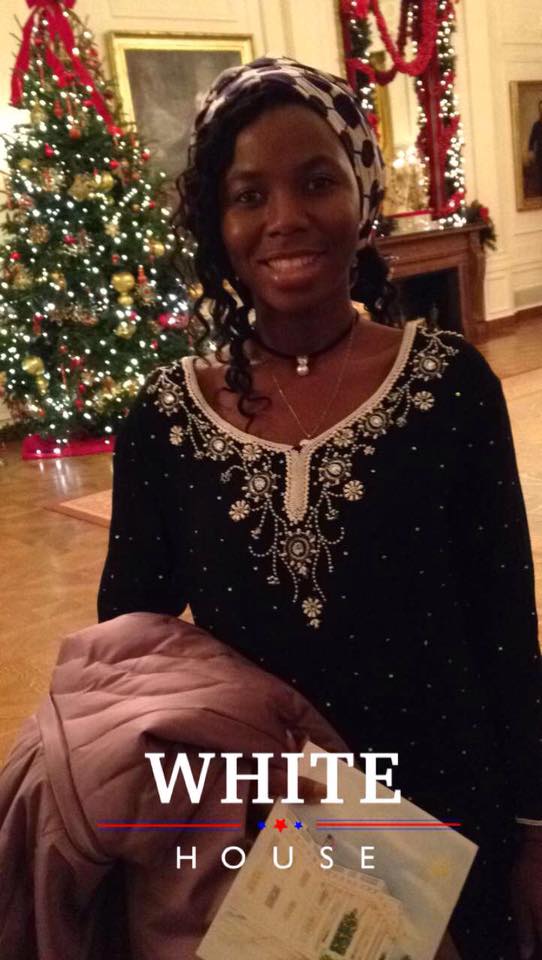 Summer holidays ended for the schoolchildren in mid-September, and by the time school resumed, we had three new students in the orphan relocation/placement program. All students in senior secondary school (high school) advanced to their next classes (respectively), except for one. Two of those in Junior High successfully graduated to Senior High at the beginning of the term. The younger ones in nursery and primary classes each advanced, and a young boy who we nicknamed “general” graduated from elementary to Junior High. Two girls in a different city in central Nigeria were excited to go back to their new home. Last year, they were speechless, probably shell-shocked at the thought of going to a boarding school for the first time.

Perhaps the most significant change we’ve witnessed since their arrival has been the relocated schoolchildren’s improved home-economics. We’ve noticed that they are leaving their environment better than they found it.

SWISS FORUM ON ENDING THE VIOLENCE

Earlier this year, the Swiss Embassy and Centre for Democracy and Development jointly organized a series of four political forums on: Approaches to Dealing with Violent Extremism: the Case of Northeastern Nigeria. These seek to bring together seasoned experts and key stakeholders to intellectually discuss and practically analyze the push and pull factors, as well as the approaches to preventing and countering violent extremism within the Nigerian context. The Forums also aim to provide an avenue for knowledge sharing and experience learning, and intend to avail at the end of the series a consolidated report with policy recommendations to Government and others working to address the security challenges in North-eastern Nigeria.

Following successful fora on “Doctrinal Analysis and Development of Counter Narratives”, and on “Options to End Violent Extremism in North Eastern Nigeria” held in the first half of the year, EMCI was invited to the third and fourth discussion forums entitled “Amnesty vs Justice – Reconciliation in the Context of the North-East” and “Disarmament, Demobilization, and Reintegration”, held in September and October, respectively.

EMCI founders, Paul and Rebecca Gadzama were present at both to learn and lend their perspectives for peace and post-conflict rebuilding.

EMC’s Adamawa learning center resumed on September 16th. At the end of the final term Last year, we had 624 registered pupils. The number who registered within the first week of resumption was 503 as quite a few were busy helping their families on the farm, being the only means of sustenance many of them have as refugees.

Paul Gadzama’s visit on the opening weekend was an encouragement to the staff. He spoke on motivating students and confirmed that arrangements have been concluded to set up the computer room and a mini library.

In terms of their performance in the classroom, results for the 59 seniors from last year who took the SSCE (Nigerian SAT) were out; 85% passed the exam! Only about 10 didn’t get all credits in Math and English and none had less than 6 credits in Math and English. We had 47 JSS (junior high) students who sat for JSCE (Junior SAT) and we are pleased to provide such an opportunity to progress in their grade levels which they missed in several years as refugees.

Ibori: Judge frees ex-governor after getting mad with home dept