China inaugurates one of the world’s longest bullet train 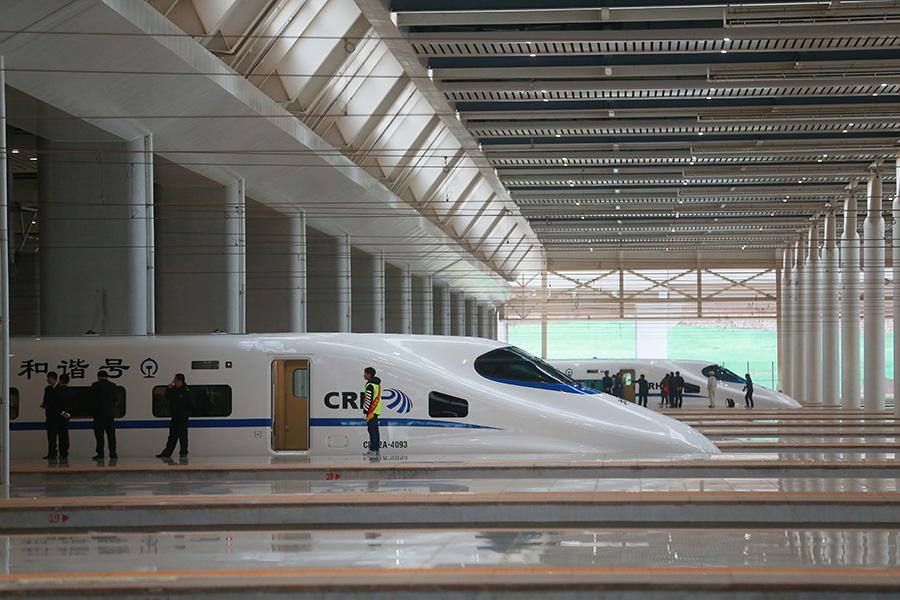 China on Wednesday put into operation a bullet train service to Shanghai.

The service is on one of the world’s longest high-speed railways, linking the country’s prosperous eastern coast to the less-developed southwest.

The Shanghai-Kunming line — 2,252 km in length — traverses the five provinces of Zhejiang, Jiangxi, Hunan, Guizhou and Yunnan and cuts travel time from Shanghai to Kunming from 34 to 11 hours, according to China Railway Corporation.

The maximum speed is 330 km per hour, said Wang Jinda, a train driver.

The line is also the longest east-west high-speed railway in China.

A longer rail line stretching north to south is the 2,298-km Beijing-Guangzhou line, put into operation in 2012.

China has built more than 20,000 km of high-speed rail lines, the highest in the world.

The launch of the Shanghai-Kunming line means the country’s high-speed rail grid has taken shape, connecting almost all provinces on the Chinese mainland.

Pensioners in Abia lashes out against Ikpeazu, demand pay