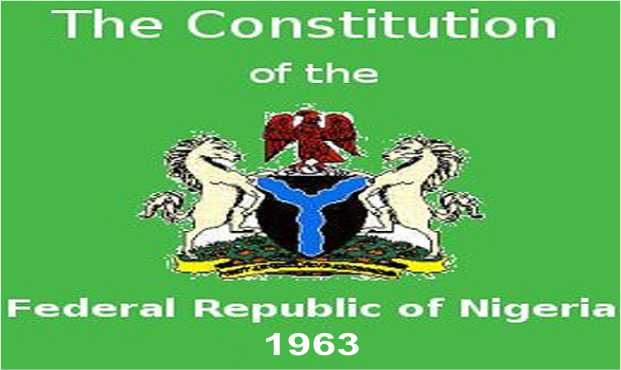 The Consideration of amendment of ‎1999 Constitution started in Senate on Tuesday as the Senators were divided over the Land Use Act.

The Senate Ad Hoc Committee on Amendment of 1999 Constitution led by Deputy Senate President, Ike Ekweremadu while presenting the report stated that the Land Use Act should be removed from constitution so that it could be subjected to regular process of amendment.

But, Senator Danjuma Goje and Senator Adamu Ailero kicked against the proposal by the Senate ad hoc committee on review of 1999 constitution.

Part the proposal of the ad hoc Committee is   to ensure that minister for the Federal Capital Territory is appointed from one of the six area councils that constitute Abuja, so that that FCT will be represented in the Federal Executive Council.

To ensure autonomy for local government areas, it proposes that only democratically elected councils can directly receive allocations from the federation accounts. In effect, the bill intends to abrogate state-LG joint-account system.

The Committee also proposed 35 as the minimum age for the office of the President and being elected to the Senate; and 25 for the House of Representatives.

Senate’s suggestion brings the total number of recommendations by the Constitution Review Committee to 33 most of which were adopted by the National Assembly in the 3rd Alteration but were thrown out by majority of the State Houses of Assembly.

Senate is expected to vote on this issue on Wednesday through electronic voting.

Lawmakers would vote on other recommendations which include the issues of financial autonomy of State Legislature, composition of members of the council of State which seeks to include former Presidents of the Senate and Speakers of the National Assembly in the list.