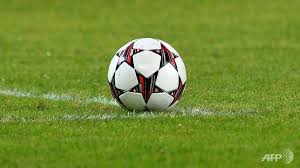 The Etisalat Zonal eliminations for the North West Zone ended in controversy at the Ahmadu Bello Stadium, Kaduna, with Kaduna State alleging match fixing in the match between Kano and Bauchi states.

Director Schools Sports, Kaduna State, Mr. Abel H. Yakubu alleged that several happenings at the 3-day eliminations point to shady schemes that edged his state and favoured Bauchi to qualify from their group.

He said that from the screening of players, many of those who were billed to represent his state were sent packing, leaving only eight players to prosecute their matches.

“The PRO of the Nigeria Schools Sports Federation (NSSF) who is from Niger State and the PA to the  NSSF President, from Kano were brought to screen our players.

“He just looked at the players and touched them at will, disqualifying any player he touched in the process,” he said.

Yakubu said that scientific means were not adopted in screening players, to prove that their players were actually above 15 years.

Speaking further, he said that while the first half of the match to determine which team qualifies from their group, the coordinator from Kano State, Rabiu was heard discussing with someone on phone, ordering them that the match should be allowed to en that way, as at that time, the match was 2-1 in favour of Bauchi.

“Again, we were supposed to play Jigawa State this morning, but under strange circumstances, it was a walk over because Jigawa came up with lame excuses, which gave us a win with three goals, which is unfair, because Bauchi had earlier beaten Jigawa 12-0 which gives them advantage. If we played Jigaa, we woul have scored more than 13 goals,” he boasted.

Similarly, another complaint from the camp  was that Bauchi State from the North East was not expected to feature in the North West zone.

When contacted on phone to react to the allegations,  NSSF President said that he was not aware of any match fixing.

He said that though he will not rule out the fact that football politics may have played out, he was not in the know of any such arrangement.

“It is not true. What I learnt was that during the screening before the competition, Jigawa was left with eight players. One was injured, remaining seven. Out of the seven, their goalkeeper too ill and could not feature in the match against Kaduna, hence the walk over,” he explained.

He said being the President of NSSF, he belongs to the entire country and would not be seen taking sides.

“For instance, after the game between Kano and Kaduna, Kano complained about Kaduna featuring a disqualified player, but in the interest of peace I waived it aside,” he said.

The NSSF President said that it was not a good development for states that host competitions to always want to win, but should imbibe the spirit of sportsmanship.