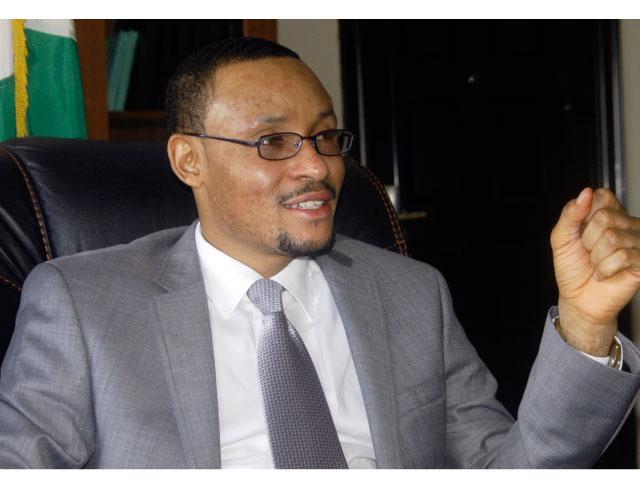 *Lawyer petitions Senate to probe him*

A lawyer, Osuagwu Ugochukwu Esq, on behalf of his client, Hon. Engr Ikenna Ekezie has petitioned The Senate to probe the Code of Conduct Tribunal [CCT] Chairman, Mr. Danladi Yakubu Umar over an alleged “N10 million bribe in 2012 and misappropriation of N522,630,987.00 allocated the tribunal in 2013 budget”.

Barrister Osuagwu has alleged that one Mr. Ali Abdullahi Gambo received bribe of N1.8 million on behalf of the Chairman of the CCT, Danladi Umar via his Zenith Bank Account as part of an agreed bribe of N10 million.

The lawyer also claims that the sum of N522, 630,987 million of 2013 Code of Conduct Tribunal budget was not well-accounted for and requested the Senate to call upon the CCT Chair to explain how it utilized the monies allocated the CCT.

Barrister Osuagwu, therefore, requests the Senate to probe the stated matters and invite Umar Danladi to shed more light on them.

Below are the details of the petition:

PETITION REQUESTING FOR PROBE OF THE CHAIRMAN CODE OF CONDUCT TRIBUNAL MR. DANLADI YAKUBU UMAR OVER ALLEGED N10 MILLION BRIBE IN 2012 AND MISAPPROPRIATION OF N522,630,987.00 ALLOCATED THE TRIBUNAL IN 2013 BUDGET

We are Solicitors to Hon. Engr Ikenna Ekezie hereinafter called “Our Client” and write you on his behalf.

Our Client alleges that sometime in December 12 2012 one Mr. Ali Abdullahi Gambo received bribe of N1.8 MILLION on behalf of the Chairman of the CCT, Danladi Umar via his Zenith Bank Account as part of an agreed bribe of N10 Million.

Mr. Ali Gambo was then the personal Assistant to Danladi Umar but was later sacked after the scam was exposed to EFCC.

Our Client alleges and confirms that the said money was paid into the CCT chairman’s PA Account by an Ex-Customs Comptroller, Mr. Owolabi Taiwo Rasheed who was standing Trial before the CCT in charge number CCT/ABJ/03/12.

Records show that the said CCT Chairman was invited severally by EFCC over the bribe scam but evaded the invitation but was said to have finally been grilled by EFCC on March 27 2014.

The EFCC later charged the said Ali Gambo to an Abuja High Court and was granted bail accordingly. It is not clear whether Danladi Umar was also prosecuted by EFCC.

It is also not clear how far the CCT went on with the trial of the said Ex-Custom officer after the bribe was paid. Our Client wants the senate to investigate this allegation.

Our Client also alleges that the sum of N522, 630,987 MILLION in 2013 Budget and that the CCT should give account of how the Funds were utilized. Our Client request the Senate to call upon the CCT Chair to explain how it utilized the following monies allocated the CCT as follows:

Our Client alleges that there was a case of disappearance of N24 Million belonging to the CCT that was allegedly found in the Wuse Zone 5 Residence of Mr.  Umar’s predecessor, Murtala Sanni.

Mr.  Umar was said to have set up a Committee to investigate Mr. Sanni for Corruption. The Committee found late Mr. Sanni culpable of awarding contracts to pseudo contractors amongst other corrupt acts.

The Committee recommended that stolen monies be retrieved from Mr. Sanni’s family but it is uncertain if this was implemented by Umar.

Our Client therefore requests the Senate to probe the above stated matters and invite Umar Danladi to shed more light on them.

Nigeria: How to Hate the Igbo

EXPLOSIVE! How Russia ‘groomed’ Trump 40yrs, saved him from financial…