Corruption Is the Main Opposition to Buhari Govt – SGF

He said emphasis must, indeed, be placed on the ethical revolution of the administration so that Nigerians can own the change agenda in all ramifications. 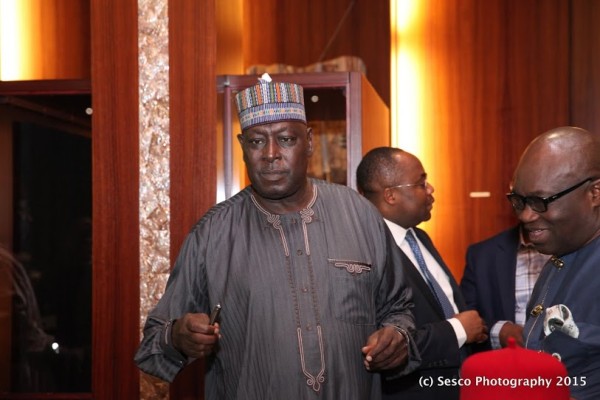 The Secretary to the Government of the Federation, Engineer Babachir David Lawal has explained that “Corruption” is the MAIN opposition that government faces, today and not any political party. He noted that this unusual but powerful opposition has enormous resources with which it has launched a propaganda war.

However, he assured that government, because of its honesty, integrity and sincerity of purpose, will prevail in the anti-corruption war, more so, because the people of Nigeria and God are behind the Buhari Administration.

The SGF made this remarks, on Monday in his office, when he received a delegation of a Coalition of Progressive Political Parties led by Mr. Ibrahim Yusuf Bashir of the Peoples Democratic Movement (PDM).

Engineer Lawal, said that what the federal government is now focused on is good governance that will bring rapid development and growth to the nation, irrespective of political affiliations and reiterated his admiration and support to the Governor of Ebonyi State for the impressive development that is taking place in Ebonyi State, despite that he is of the opposition Peoples Democratic Party.

He assured that President Muhammadu Buhari is a meticulous, honest and just leader who will ensure that Nigerians, soon, will start enjoying the change that he promised during the 2015 elections campaign.

Bashir congratulated the government of President Buhari for the determination and efforts it has committed to fighting corruption in government.

He pledged the support of the all the political parties that form the coalition to the federal government in the war and stated that their position is driven by patriotic reasons.

He said emphasis must, indeed, be placed on the ethical revolution of the administration so that Nigerians can own the change agenda in all ramifications.

The Secretary to the Government of the Federation, Engineer Babachir David Lawal has assured the Governing Council of the Institute of Directors (IOD) that his office will avail itself of the training programmes of the Institute in the drive to build the human resource capacity of the Civil Service, especially at the senior management level. He said this today, in his office, when the council paid him a courtesy call.

He enjoined the Institute to design courses that will develop participants while on the job and also in retirement. The SGF noted that the institute has been involved in the training of members of the Armed forces and advised that they should also design programs that will benefit top officials of government in revenue generating agencies such as Customs and Excise and the Federal Inland Revenue Service.

Mr. Yemi Akeju, President/ Chairman of Council, Institute of Directors in his remarks, made clear the purpose of the visit to include the desire of the Institute to partner with the federal government to promote corporate governance values that will reduce corruption and also assist government to review policies through well researched views and opinions. Mr. Akeju also used the occasion of the visit to inform the SGF about the official adoption of a new IOD’s Independent Director’s Scheme. He said these Independent Directors can play vital roles on boards of public and private sector organisations and pledged to make the register of Independent Directors available for the use of the federal government.

Office of the Secretary to the Government of the Federation