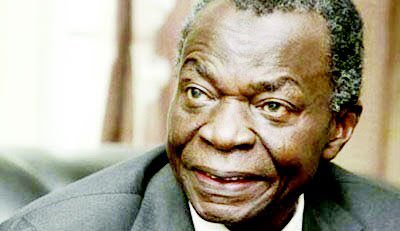 Socio-Economic Rights and Accountability Project, (SERAP) has sent an open letter to the Chief Justice of Nigeria and Chairman, National Judicial Council Justice Water Samuel Nkanu Onnoghen urging him to use his “good offices and position to urgently revisit and review the composition of Justice Ayo Isa Salami’s Corruption and Financial Crime Cases Trial Monitoring Committee (COTRIMCO) to remove the risk of apparent and potential conflicts between the work of the committee and the private practice of some of its members who are handling high-profile cases of corruption involving politically exposed persons (PEPs).”

The organization proposes “that for the Salami Committee to perform its tasks effectively and with propriety, it should preferably be composed entirely of members of the judiciary, particularly drawn from available pool of brilliant and incorruptible retired judges.”

In the letter dated 3 October 2017 and signed by SERAP executive director Adetokunbo Mumuni the organization said that, “While international law does not prohibit some representation of the legal profession or academics, we urge your Lordship to select candidates from these fields to the Salami committee based on their demonstrable commitment to the fight against corruption, and after extensive consultation, and a thorough scrutiny of the candidates’ past record of legal practice, to eliminate all possibilities of bias and conflict of interest.”

The organization said that doing this “would ensure accountability keeping the independence of the judiciary intact and uncompromised. SERAP believes that until the issues raised in this letter are satisfactorily addressed, Nigerians would have a doubt in their mind as to the ability of the Salami committee to discharge its mandates effectively and with propriety, and would have a right to have a doubt.”

According to the organization, “It is important for the Salami committee to function in a way that could preserve judicial independence, provide information for judges to improve their performance, and increase the public’s confidence in the courts.”

The letter reads in part: “SERAP urges your Lordship to urgently revisit, review, and reconsider the membership of the Salami committee to ensure that members currently handling high-profile corruption cases involving PEPs are removed. This proposal aims solely to remove the risk of apparent and potential conflicts between the work of the committee and the private practice of some of its members who are handling high-profile cases of corruption involving PEPs and to ensure the independence, impartiality, integrity and accountability of the judiciary.”

“SERAP believes that judicial accountability should be secured in a way that is harmonious with, and not damaging to, the essential character and functions of the judicial office. A system of fair, effective and trustworthy judicial performance evaluation promotes public confidence in the judiciary, which, in turn, is essential to judicial independence.”

“SERAP also urges your Lordship to ensure that the Salami committee can manage its own budget and has enough human and financial resources to properly function with independence. The Salami committee should also be accountable for its activities, to avoid the possible public perception of bias and conflict of interest.”

“SERAP welcomes the commitment by your Lordship to promote judicial accountability and combat corruption in the judiciary. We understand that accountability mechanism would encourage justice operators to behave with integrity and in line with their code of ethics and conduct.”

“We share your Lordship’s vision of a judiciary that is corruption-free, and demonstrates the fundamental principles of independence, impartiality and integrity. An independent and impartial judiciary is indeed essential for the enjoyment of the right to a fair trial and effective and efficient administration of justice, as well as the credibility of the entire justice system.”

“However, SERAP is seriously concerned that rather than promoting judicial accountability, the Committee as presently constituted could be used to interfere with the independence, impartiality and integrity of the judiciary. SERAP notes that the Preamble to the Bangalore Principles states that judges are accountable for their conduct to appropriate institutions established to maintain judicial standards, which must themselves independent and impartial.”

“Similarly, the UN Special Rapporteur on the independence of judges and lawyers has stated that bodies responsible for evaluating performance of judges should be composed either entirely or with a majority of judges, including brilliant and incorruptible retired judges.”

“The OECD Guidelines for Managing Conflict of Interest in the Public Service provides that, “A conflict of interest involves a conflict between the public duty and private interests of a public official, in which the public official has private-capacity interests which could improperly influence the performance of [his/her] official duties and responsibilities.”

“In SERAP’s view, ‘conflict of interest’ is a situation in which a person, such as a public official, employee, or a professional, has a private or personal interest sufficient to appear to influence the objective exercise of his or her official duties. No man can serve two masters: for either he will hate the one, and love the other; or else he will hold to the one, and despise the other.”

“According to our information, the National Judicial Council (NJC) headed by your Lordship has approved the appointment of retired President of the Court of Appeal, Justice Ayo Isa Salami as appointed chairman, Corruption and Financial Crime Cases Trial Monitoring Committee (COTRIMCO). The 15-man committee, which is expected to operate within the council, also has some judges and senior lawyers as members.”

“SERAP respectfully urges your Lordship to consider the recommendations in this letter and would be happy to discuss its contents at your convenience.”

Failure To Restructure Is Asking For Secession — Annkio Briggs