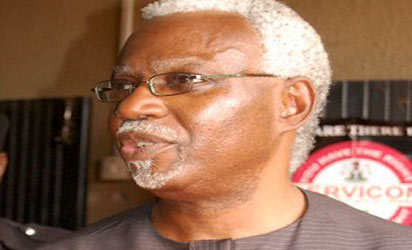 I want to bring to your notice the monumental corruption going on in ICPC which i will hereinafter refer to as the Commission. The same thing the Commission goes out to

investigate is actually happening inside the place.

I wish President Muhammadu Buhari will quickly beam his change light on the Commission and change the leadership immediately to put a stop to these unfortunate happenings.

Firstly, the current Head of Investigation Department, Mr Adedayo Kayode is the arrow head used by the Chairman of the Commission to carry out these corrupt practices of demand and receipt of bribe or gratification.

Mr Kayode transferred his service to the Commission in 2007 from National Primary Health Care Agency as a poor and regular civil servant but today he is a multi-millionaire.

Today he owns over 8 houses in Abuja alone and foreign accounts. He used to be the Head of Financial Investigation Unit (FIU) and because he was working for the Chairman, all reasonable cases were assigned to his unit to the neglect of other investigation departments.

The Chairman even grounded the main Investigation Dept. for over 3 years without assigning any petition to them.

His argument was that most of these petitions needed Chartered Accountants to handle who were in FIU.

The fraternity between the Chairman and Mr Kayode is that of see no evil and hear no evil.

Secondly, there is a Unit called the Chairman’s Special Unit which used to be a unit charged with the responsibility of giving the Chairman legal opinion on petitions before he assigns them for investigation or forwarded to other agencies.

Today the Unit is a full-fledged investigation unit having jettisoned its duties courtesy of the Chairman whose kinsman is the Head of the Unit, Mr Abbia Udofia. He also elevated him to the position of Chief of Staff.

Thirdly is the issue of Head of the Commission’s office in Port Harcourt. The Head is a level 12 officer while so many level 15 and 16 officer are in the Headquarters without schedule. He is serving as the Chairman’s agent in Port Harcourt.

He carries out illegal duties and physically assaults his subordinates without any repercussion. With all the petitions arising from NDDC and other government establishments in Rivers State, none has seen the light of the day in the Commission.

The Chairman has derailed the Commission and so it cannot achieve its mandate under his leadership. The Commission is not heard or known by Nigerians because he has jettisoned the mandate which is mainly investigation and prosecution to making the Commission an Educational institution.

Every day it is one training programme or the other. Nigerians are interested in the mandate not to take over the work of National Orientation Agency.

Obviously the Chairman does not have the capacity to achieve the dreams of the founders of the Commission and should be immediately eased out.

Most of the cases investigated by EFCC are within the purview of the ICPC Act but since the Chairman is incapable of performing, the EFCC has taken over the investigations and even charge the suspects using ICPC Act. Haba!

Mr President should quickly change the leadership of the Commission to enable it achieve its mandate again like the days of Justice Akanbi. ICPC was established to bark and bite but leadership has derailed it.

Boko Haram: I am still in command – Shekau