Court of Appeal president sacks panel of judges over corruption 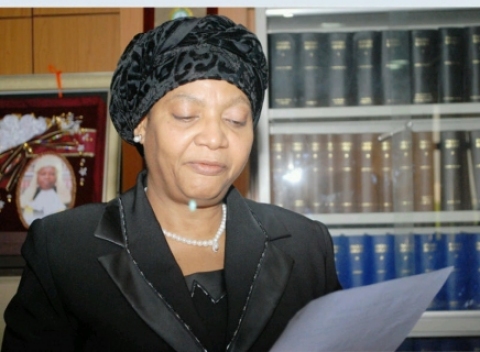 The President of the Court of Appeal, Justice Zainab Bulkachuwa [above], sacked and replaced the five man panel of judges handling the April 11, 2015 Delta State governorship election at the Court of Appeal, in Benin city following cases of alleged corruption, compromise, and abuse of office leveled against the judges, reports SaharaReporters.

The governorship candidates of the All Progressives Congress (APC), Emerhor Otega, and the Labour Party (LP) Great Ogboru, dragged Governor Ifeanyi Okowa of the Peoples Democratic Party (PDP) to the Appeal Court, urging it to set aside of the decision of the Justice N.U. Gummi led Governorship Election Tribunal, which declared Governor Okowa the winner of the governorship election.

According to Court of Appeal sources who confided in SaharaReporters, the corrupt and compromised judges were sacked last week and the newly appointed judges to handle the governorship appeal case resumed office last Monday.

SaharaReporters learned that judgement for the Delta State governorship case has been reserved for this week on Tuesday or Wednesday.

At the time of filing this report, tension is said to have gripped the camp of Governor Ifeanyi Okowa and the PDP.