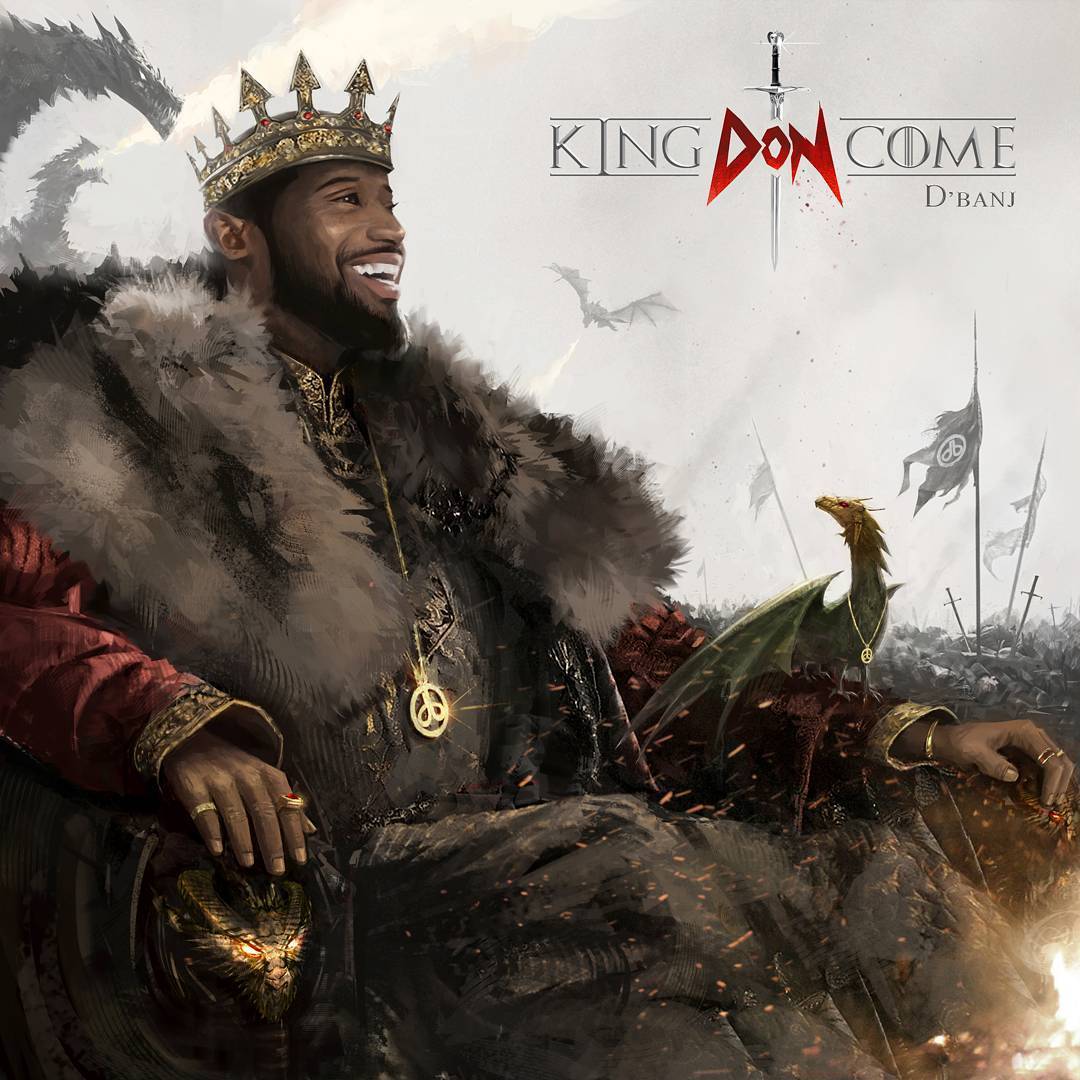 The “Koko Master” announced it on his Instagram handle.

“Thank you Lord for your Grace.”

The project is the Kokomaster’s 4th solo studio album since he came into limelight 12 years ago.

The art work for the cover of the new album is designed in a very creative way to interpret the title “King Don Come”.

It was created by Nigerian visual Artist Nduka Abii, popularly known as Duks Arts, and it employed elements from the hit HBO TV series “Game Of Thrones.”

The album art depicts D’ banj as a medieval king sitting on a throne placed against the backdrop of a raging battle.

He is dressed in kingly robes and jewelry, with animal fur draping his shoulder, and his famous DB gold chain on his neck.

It portrays all that stands on the battle field, connoting a hard-fought victory that is straight from a legendary ‘story book’.

There are dragons all around and a baby fire-breather is perched on his arm, with two giant creatures loom behind his throne, and another flying in the sky.

D’banj who released his debut album ‘No Long Thing’ as a professional artiste in 2005, has strived to remained relevant in the fast-growing and competitive Nigerian music industry.

He was signed to artist of Mo’ Hits Records, and was also a member of its collective group, Mo’ Hits Allstars,a group that included artists Dr SID, Wande Coal, KaySwitch, and D’Prince.

He was also named Best International Act (Africa) at the 2011 BET Award, and the Best-selling African Artist at the 2014 World Music Awards, among other honours.

Some of his recent titles include ‘Extraordinary’, ‘Focus ‘and ‘Emergency’ released in 2016. (NAN)

No Going Back On Ibrahim Magu, Reiterates Senate