I read your story based on forged memo on Dangote’s high-handedness on staff. Those memos were forged and circulated. We have sent out rebuttals. – Dangote Group

The two leaked memos below show highhandedness exhibited against workers by Dangote Group.

In the first memo, the company directed that list be compiled of workers who could not go to work during the lockdown period. 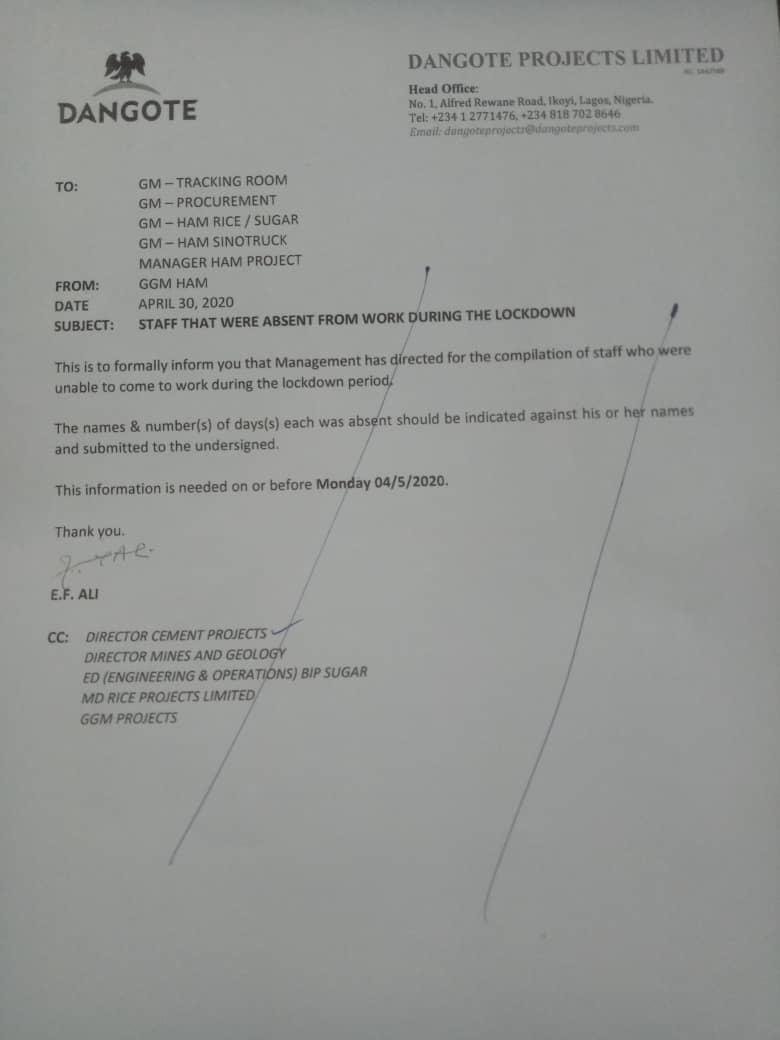 In the second memo, the company ordered that those workers who could not go to work during the lockdown period will forfeit their annual leave.

It further stated that those who have already exhausted their leave period will forfeit part of their salaries. 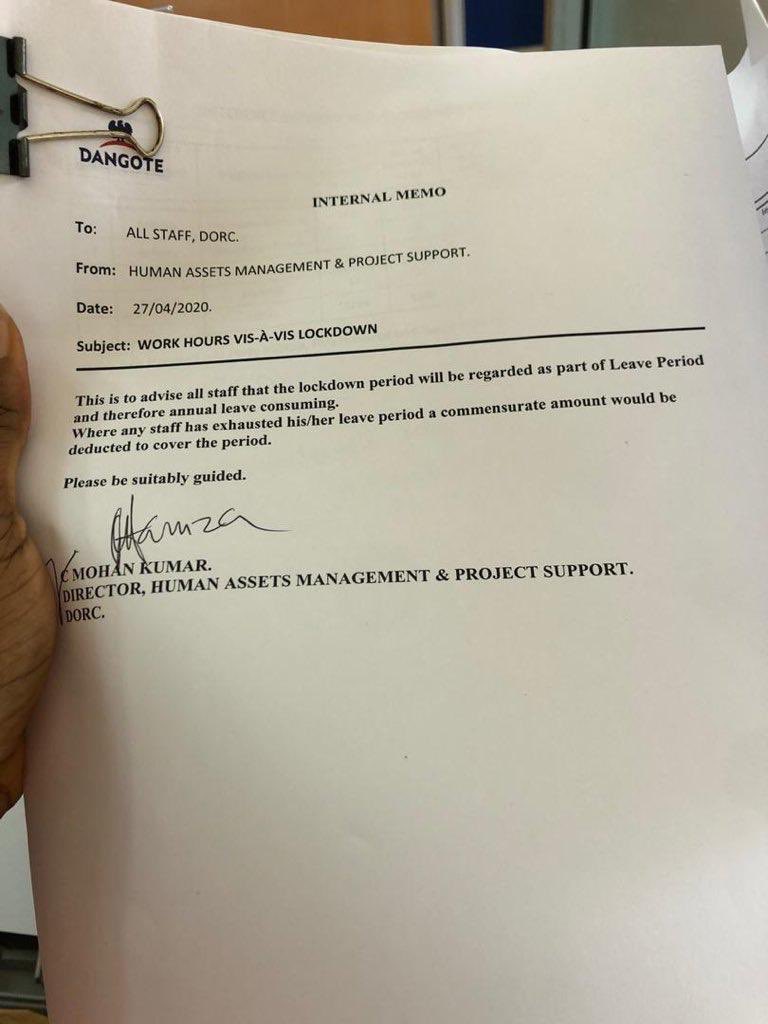 When contacted over the directive, the company said the document does not originate with it, but is rather fake.

WHO redeploys 3,000 personnel in Kano